Though the Red Hot Chili Peppers’ video for “Can’t Stop” was made four years prior to the creation of popular video sharing site YouTube, it seems to be a perfect fit for the site. Directed by Mark Romanek, who is famous for directing a handful of notable music videos like Audioslave’s “Cochise” and the iconic video of “Hurt” by Johnny Cash, “Can’t Stop” follows the band as they engage in random acts like trying to balance buckets on their heads or standing in trash cans. At the end of the video, we see where some of the method to this madness comes from – Austrian artist Erwin Wurm.

Mr. Wurm is known for creating temporary sculptures in which he places himself or a model with everyday objects. The music video tries to mimic this concept by having the Peppers engage in random activities with everyday, household objects like buckets or trashcans.  Though the music video is not supposed to represent anything more than the band doing these random actions, it does bring up the question (just like Mr. Wurm does with sculpture) of what makes a music video entertaining or enjoyable? Obviously some bands have different approaches to this, from OK Go’s homemade music videos, to Kanye West’s extremely elaborate “Stronger” video. 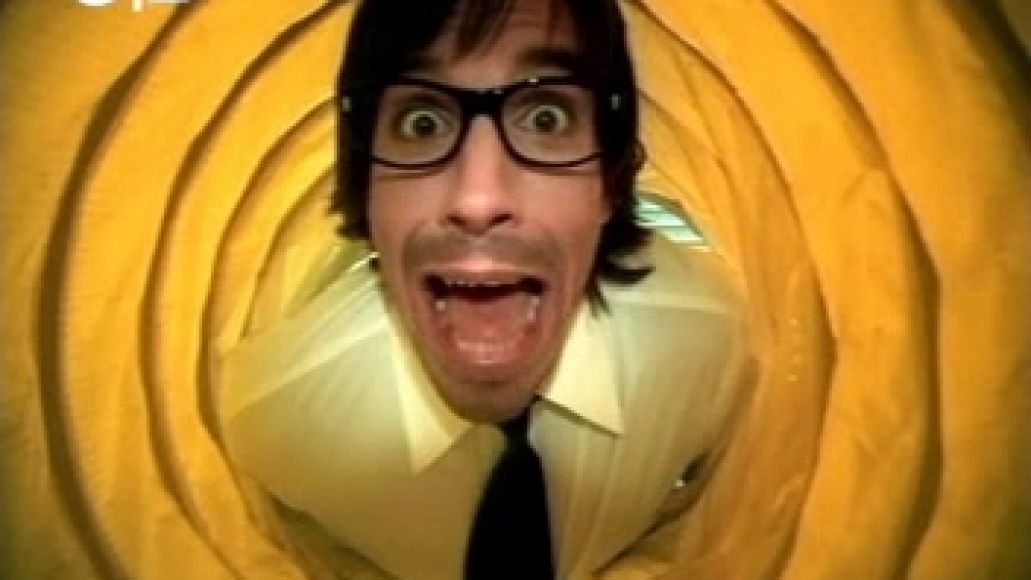 The Chili’s go for a bit of a mixture with this video. To some degree, it looks like something a YouTuber could make at home, yet contains serious professional elements to it. This video succeeds from the beginning because of this, with the clever intro, where the viewer enters the video from a yellow tube, sort of like entering the gateway into the wacky, alternate world of the Chili Peppers. From there, we’re greeted by everything, from the band carrying lights on their backs to playing in front of a giant orange wall. Then there’s John Frusciante (guitar) wearing a purple hippo head and of course,  Anthony Kiedis in the end fixated into a brick wall.

Ultimately, however, this video thrives on it’s randomness. Too often a band tries to force an idea on its audience in a video or make it painfully obvious what the video is about, whereas the Peppers take a different route and just let the fans decide what they want to see in their arbitrary exploits. Maybe someone drew parallels between Frusciante walking around with a box on his head and their own life? Perhaps someone was inspired artistically by the video? What I do know for sure is that everyone will draw something interesting from each activity that the Peppers do and every time they re-watch it, those people will see something new over again. If not, well, it’s still a pretty interesting video for anyone of any age.

But hey, what are you doing just reading what the video is like? Go ahead and check it out!