Equipped with an array of titles – multi-instrumentalist, producer/engineer, software programmer, husband, father – Tim Walsh just may be one of the most methodically prolific American singer-songwriters on the independent music scene today. For ten years, beginning with his reverberating 1999 debut, How We Spend Our Days and 01′ elegiac, Blue Laws, Walsh’s musical endeavors have increasingly resulted in greater and greater outcomes. In late 03′ Walsh found permanent residency as a collaborator in Pedro The Lion as drummer, engineer and co-writer on two tracks for their fourth, final and perhaps most commercially successful album Achilles Heel, and in 05′, alongside David Bazan (Pedro The Lion), in The Headphones, of which neither no longer exist. But in 2006, the stalwart family man relocated his family from the Seattle area to his hometown of Boston, Massachusetts and formed the collaborative effort, The Soft Drugs. 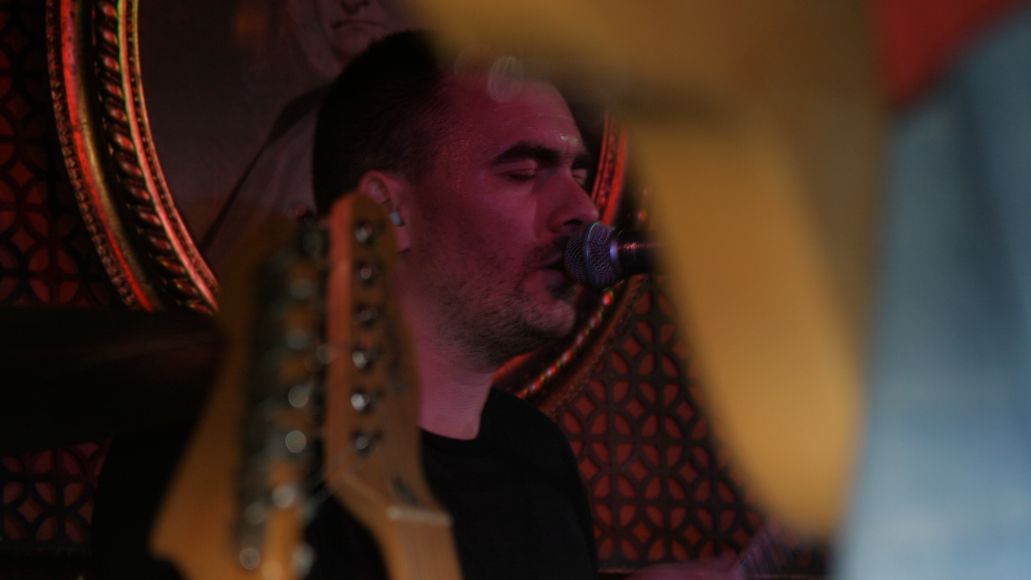 Indeed a sharp departure from his previous oeuvres, The Soft Drugs are an indie-rock collective. They are American music, and its melodic-rock recalls a host of like-minded bands, from old, (Elvis Costello & The Attractions, Tom Petty & The Heartbreakers, Neil Young & Crazy Horse) to new, (The Silver Jews, The Sea Navy). They are armed to the teeth with lush harmonies of soul, pop, blues and rock. They are infectiously rhythmic and synchronized to the tee. They’re genuinely nice guys, some are family men, and they’ve released more music for free than one can shake a stick at. 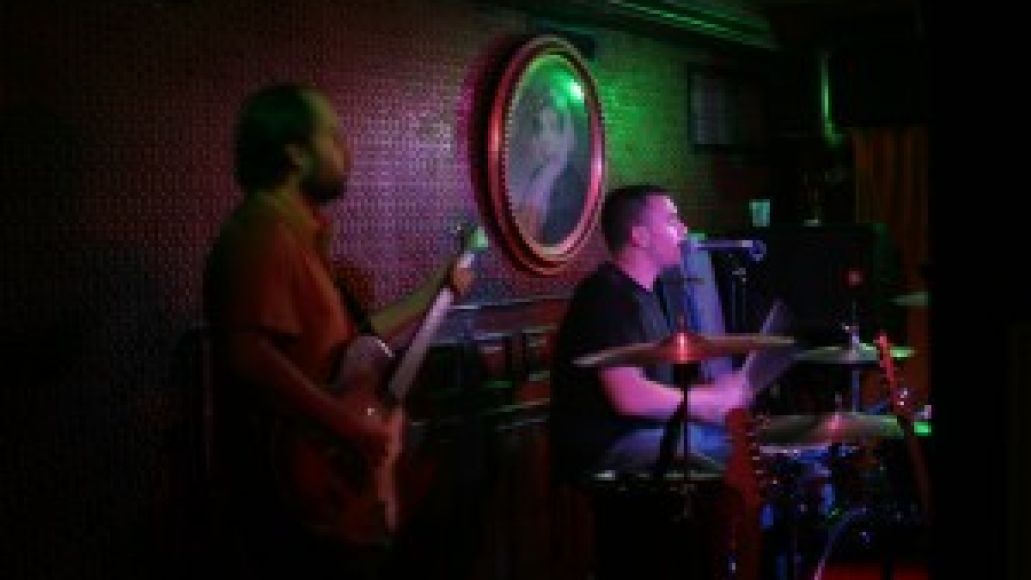 And it was Saturday’s barnburner at Brooklyn’s Union Hall where Tim Walsh, singer & drummer, along with Michael Murray on guitars, Ken Maiuri on bass, John Beck III on Wurlitzer & guitar, and percussionist Jason Cammarata played to an intimate, appreciative amalgam of longtime fans and surely, by the end of the night, an army of new. They open with the fist-pumping, “Don’t Sweat It” from their 06′, punchy five-song e.p. In Moderation, and quickly left their impact on the Brooklyn crowd. The breathy, bass-driven, spacious, ridiculously affecting mid-tempo, “Defending the Paint” (In Moderation), with perhaps one of the more perfect placements of a rumbling tambourine ever in a three-minute song was raw and dynamic and truly showcased the band’s prowess – nothing overtly flashy, nothing ostentatious, just pure-spun, cathartic rock ‘n’ roll.

Tonight on the sparse shuffle of “Pawn Shop Guns”, a song teeming with religious overtones, Walsh with a commanding delivery crooned, “your crucifix is crooked / come close while I unhook it”, perhaps contradicting the devout or just simply propelling the authenticity of humanness. And Walsh’s greatness as a lyricist shined again on the barely two and half minute “Build Me A Ballpark”, “I cried wolf for so many years / 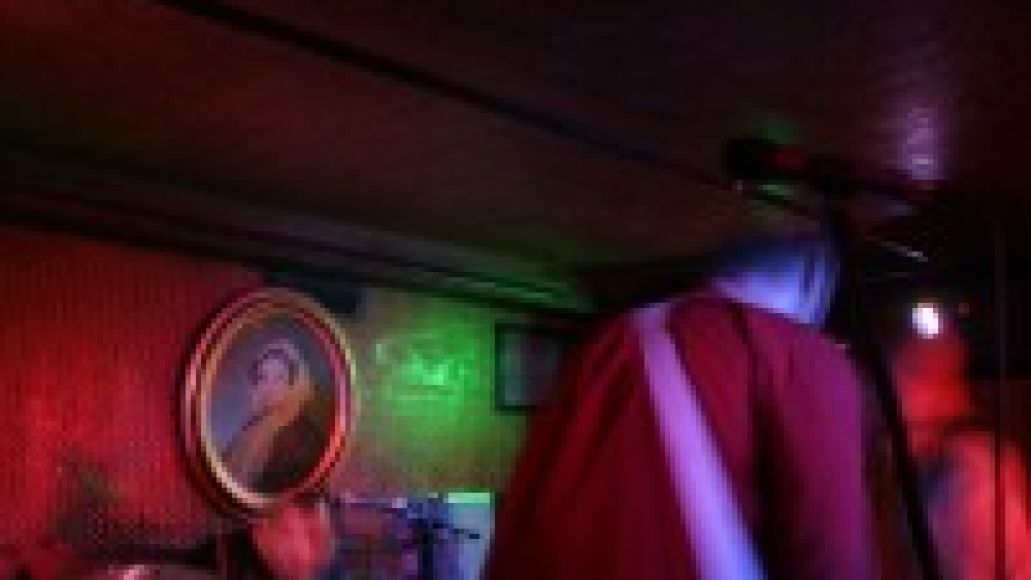 will you come to my rescue if I swear the coast is clear”, sung Walsh, while Michael Murray’s guitar-bending coda penetrated deep. The Soft Drugs often plangent-ly sing in chorus, whether they are armed with microphones or not and the second half of their set featured Side A, pensive, bluesy tracks from their forthcoming full-length, Get Back, released as a free download on their new label, Chasing Lions. “Borrow My Vibe”, ” I Need Space”, and “Kill My Dragon”, flaunted The Soft Drugs multilayered harmonies and embossed some of Walsh’s more honest and biting lyrics to date.

The newer material also marks a newer approach for The Soft Drugs, with a sound flirting with deep, textured blues arrangements. And while the slow-to-mid-tempo lush grooves of  “Let It Be”, a title they share with that famous quartet out of Liverpool may suggest a connection, the parallel is only in it’s title. It’s lyrical arrangement is what is remarkably striking, “It could be your Hey Jude / It could be your Let It Be “, “You could’ve been the Dylan / I could’ve been your Helm”, suggesting what seems like Walsh’s homage to some of the greats of Americana folk-rock and awe-inspiring songs, or, perhaps, the snapshots of a once fruitful but deteriorated collaboration.

The slow-building, downtrodden, candid and gentle vocals of “Family Of Four”, closes the show perfectly. “That’s it, thanks Brooklyn”, reflects Walsh as the band begins to gather their instruments to make way for headliner Cheyenne, as a clatter of appreciation reverberates around the room. The shows over, the thrill subsides and Walsh stands good-naturedly with beer in hand at The Soft Drugs “merch” counter where he’s greeted by friends and fans alike. He happily talks about his family, about being in a rock band with some of his oldest and closest friends, what lies ahead for The Soft Drugs, and what seems like a dizzying amount of musical efforts. He seems exited, but restless as he thanks people for coming.

While Walsh may be the contributing force behind The Soft Drugs sound, they undoubtedly band together to create something infectious. Even the slightest fix will leave you dependent.