BjÃ¶rk is the kind of performer you either love or hate. Charming some while frightening others, the 43 year-old Icelandic singer/songwriter is definitely unique. Often recognized by her elaborate costumes, BjÃ¶rk creates an alarming amount of shock value through her eccentricity and well just plain wackiness.

It’s hard to categorize BjÃ¶rk’s music simply because it draws from so many different genres. Ranging from ambient to electro-pop, BjÃ¶rk highlights her 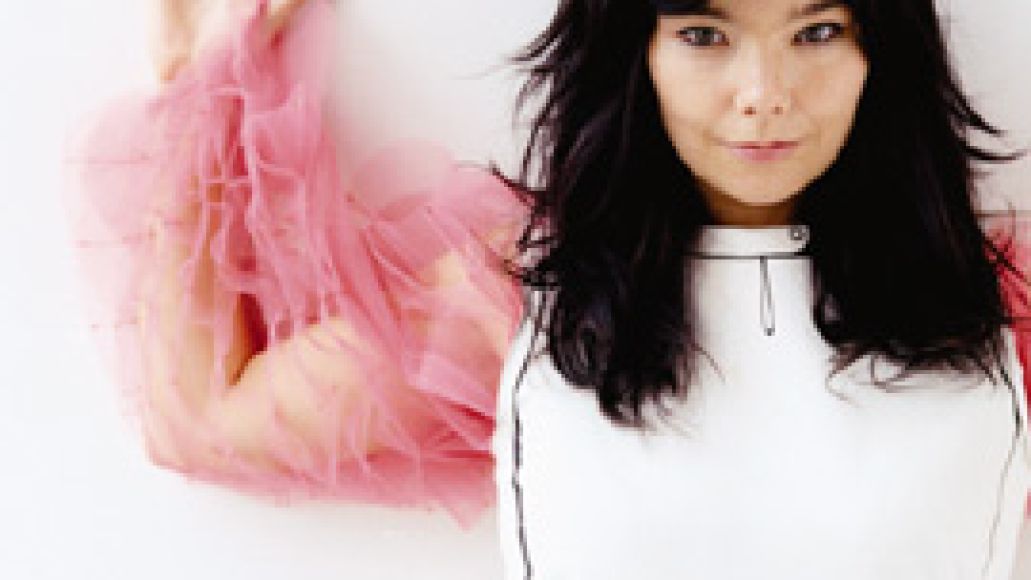 impressive vocal range in a manner that is simply dazzling. Whether you feel like dancing or being lulled to sleep, there is a BjÃ¶rk song perfect for every occasion.

Since the release of her first album Debut in 1993, BjÃ¶rk’s music and style have gotten stranger and stranger. Starting with her third album Homogenic in 1997, BjÃ¶rk began producing extremely experimental and extroverted music. She rapidly began shifting away from the flirty pop image we came to love on Debut and Post, and began morphing into new elaborate versions of herself. Now with her most recent album Volta, the ever impressive BjÃ¶rk has made her music a little more stylized. With a heavy focus on NIN reminiscent electronics, BjÃ¶rk is now becoming an icon for both her trendiness and her out of this world expressionistic fashion.

Whether or not you enjoy BjÃ¶rk’s music, it’s hard to ignore the creativity behind all of her stage performances. Below are two clips of BjÃ¶rk live. The first is a recent performance of “Hidden Place” at the Riverside Church in New York. What really strikes me about this video is that BjÃ¶rk finds a way to use a deck of cards as a musical instrument. How cool is that! Only BjÃ¶rk could come up with an idea like that. Next up, is an older performance of “Joga” from the 2003 Fuji Rock Festival. I’ll admit her vocals are slightly off key here, but the stage set up is overwhelming.

Well, I better stop now before I spoil anything. Enjoy!