Ever since art and capitalism merged to form the entertainment industry, the golden rule has been that you have to give the people what they want or at least make them believe they want what you are giving them.

On May 17, 1966, before a packed crowd at Free Trade Hall in Manchester, England, Bob Dylan plugged in for the second half of his set, an alienating act that positioned the legendary artist at odds with his audience, the very people who had anointed him the “voice of a generation” in the previous months.

At the time of this legendary concert, Bob Dylan was writing great songs at a more prolific rate than any songwriter has before or since. The albums people have embraced for generations came together quickly during short afternoon recording sessions, as if the songs had always existed and merely waited for Dylan and his band to pluck them out of the air. But these were songs unlike anything the world had heard before, especially from Dylan. They weren’t topical, protestant, or sung in a high, nasally voice over a sloppily strummed acoustic guitar. They were focused on the individual, surreal in their imagery, and most shockingly for listeners, electric and loud. 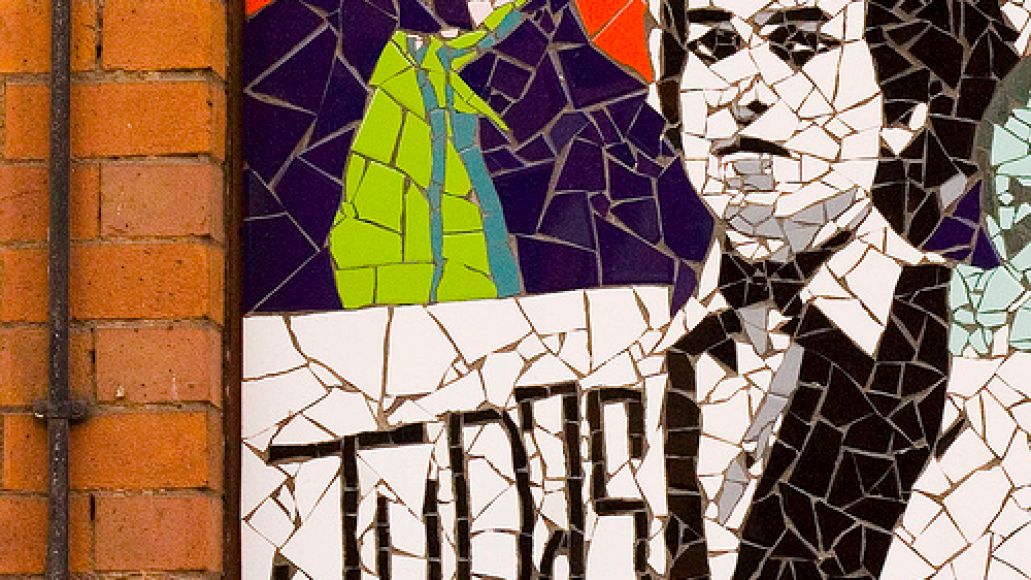 Fans of traditional folk and rock & roll alike have spent decades trying to explain Dylan’s metamorphosis, this eagerness to abandon the folk-hero persona that had endeared him to fans around the world. Theories have been batted about for years ad nauseam, but maybe the reason was as simple as what Dylan told writer Jules Siegel after completing an earlier tour.

“There was nothing happening for me. Every concert was the same: first half, second half, two encores and run out, then having to take care of myself at night. I didn’t understand; I’d get standing ovations and it didn’t mean anything. The first time I felt no shame. But then I was just following myself after that. It was down to a pattern.”

Armed with these new songs and his backing band, The Hawks, who along with Levon Helm would later form The Band, Dylan set out to do shows on his terms, something his audiences weren’t ready for. By the time Dylan and The Hawks rolled into Manchester, fans knew what was coming. The first set would be Dylan alone with his acoustic guitar and harmonica; this Dylan was what the audience wanted, even if surreal poetry about a girl named Johanna, Einstein disguised as Robin Hood, and a tambourine man had replaced the socially charged songs they had embraced.  The second set, however, would be a series of electric songs that wouldn’t go over well. In the minds of his audience, it was a loud, untamed, and perverse exhibition of self-indulgence and chaos, in short, filth. And on this night in Manchester, the tension between audience and artist came to a climax that resulted in one of rock’s most pivotal and memorable moments.

After an electric set full of booing and catcalls, a man in the audience yelled, “Judas,” to which many members of the audience laughed and applauded.

“I don’t believe you,” Dylan said into the microphone. “You’re a liar.”

Then he turned to his band and shouted, “Play it fucking loud,” right before launching into a version of “Like a Rolling Stone,” in which Dylan’s sneer and the band’s sheer energy and volume were as much an extended middle finger as a song closing out a set. It was an act as defiant as any protest song he

had ever written, only this was directed at his people, those who thought they knew Dylan better than he knew himself.

A couple months later, Dylan broke his neck in a motorcycle accident and went unheard from until late the following year when he returned as a bearded balladeer singing fables and parables with his acoustic guitar. The Dylan who had managed to rouse such rage and resentment within his fans was gone forever.

One can’t help but reflect on what Dylan going electric was really all about. The simple act of adding voltage to music had such a powerful effect on listeners and had elicited their most passionate reactions. Was it merely the struggle, the inevitable back and forth that accompanies any paradigm shift, or was something else at work? Why was plugging in an electric guitar considered a betrayal, a Judas thing to do? Maybe it’s something only those who cheered the “Judas” shout can begin to explain. What’s certain is that on this night something was taken away from those fans, something they were no longer able to possess. At the same time, something new was given life and went on to change rock & roll forever.

Once again, maybe it’s simpler just to turn to Dylan for an explanation.

“That he not busy being born is busy dying.” ~ Bob Dylan, “It’s Alright Ma (I’m Only Bleeding)”

In honor of this moment in rock & roll history (and also so you can hear the crowd interaction with Dylan), play this clip fucking loud!