This coming weekend, Consequence of Sound will head down to Austin, Texas to take in the seventh annual Austin City Limits Music Festival. In anticipation of our on site coverage, we’ll be spending the coming days highlighting some of the acts you need to check out over ACL’s three day weekend…

Austin City Limits is an annual three day music festival in it’s seventh year of existence, and it has gotten bigger and bigger every year. Despite a drastic shift in band selection over the years (at the top of the lineup, the Sheryl Crow and Lyle Lovett types have been replaced with The Mars Volta and Foo Fighters), Austin hasn’t forgotten it’s roots completely, inviting Robert Plant & Alison Krauss to the festival this year, as well as some of the best young singer-songwriters currently making new music.

One of them is the Birmingham-born A.A. Bondy, the former frontman of Nirvana-esque Verbena who ditched grunge but still dons flannel shirts as a blues and folk troubadour. Once known as Scott, his new initials are thought to stand for Auguste Arthur, but the ambiguity just adds to the intrigue of his work. Sardonic lyrics of drug use, damnation, and salvation, among other sensitive subjects, don’t give a definitive picture of A.A.’s religious views or personal demons. A.A. just seems to be making deep, dark, and imaginative folk songs, channeling Dylan with beautiful harmonica solos.

The album is American Hearts and it was released a year ago on Fat Possum Records. Recorded in a month 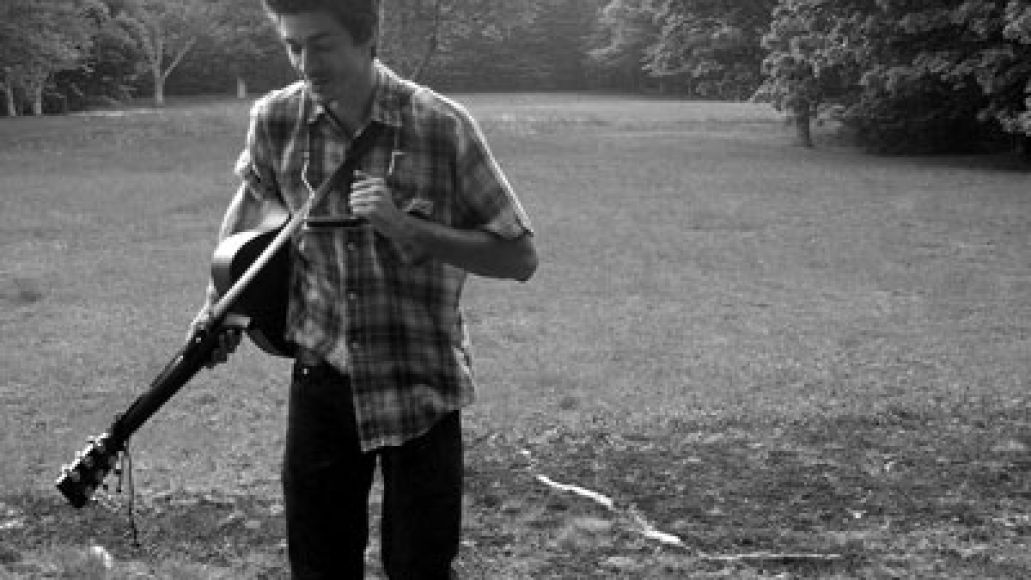 at the Red Barn in Palenville, New York, it features twelve heartfelt songs including the title track which reclaims Jesus Christ as a man of peace, singing “if your God makes war, then he’s no God I know, because Christ would not send boys to die.” Backed by his Band of Ghosts on songs such as “There’s A Reason,” the music takes on an entirely new atmosphere when he performs them solo, as I was lucky to stumble upon during SXSW this year.

I had never heard of the man, but went into the Creekside Lounge to see Joseph Arthur back in March. A.A. Bondy had just started, a harmonica in front of his mouth and an acoustic guitar slung on his shoulder. It was one of the most heartfelt performances I’d seen that week, and I instantly fell in love with the music. I picked up the album, and it quickly made my amended top 13 albums of 2007 list (landing at number three behind Lupe Fiasco and Andrew Bird). I strongly urge you to listen to the album if you haven’t heard it before.

A.A. opens up the AT&T Blueroom Stage at 11:45 AM on Sunday afternoon, conflicting with Mugison. If you are in the mood for a fabulous roots artist with sophisticated conviction from Alabama, then A.A. Bondy, the brother-in-law of current tourmates the Felice Brothers, is your man. If you aren’t attending ACL, then see him in October as he supports the Cold War Kids.