It was Etta James who said it best this past Sunday as she proclaimed, “We are in heaven” to the sold out weekend crowd. This year’s Blues and Brews Festival marked the 15th year that the legends of blues, rock, and soul have descended on Telluride Colorado. It was this year that also brought the largest audience to the Town Park, especially on Saturday, the day in which people could sample, over 50 micro brews while listening to the tunes of John Butler Trio, G-Love, and Gov’t Mule.

The festival itself is situated in Telluride’s Town Park, and sits at just over 9,000 feet in the southwest Rockies. One stage is all that is needed, sitting as a permanent structure right at the base of the many dramatic peaks and hills that surround the small town, and thanks to the early snow, the views were picturesque to say the least. The feel of the festival is a complete u-turn when compared to the giants of the festival season as they choose to fill a line up with not only contemporaries, but cross genre legends such as this years appearances of John Hiatt, Warren Haynes, and Etta James. The stark contrasts continue in that this festival has a maximum capacity just shy of 10,000, and those that choose to attend are a healthy mix of locals, old timers, and college students who are all there for a good time, which means no drunken fights or obnoxious hecklers. Then there are the late night shows. Only in Telluride can you walk from the festival (one end of Main Street) to the bars along Main, then to your hotel/campsite at the other end of town, all in just over half a mile. Want more? How about this: for the low price of $55, you can go to each bar on a particular night to see any number of exclusive performances. Not only can you bar hop, but you can show hop as well! These late night events feature both bands from earlier in the day, as well as bands special to the night. They are unique chances to catch great live acts early into the next day (4am on Saturday), and even the headliners get in on the action by playing the larger venues around town.

The organizers of this event have done a great job over the years at getting things started off right, and this year was no exception. Hailing from Lake Tahoe and Colorado, Mama’s Cookn‘ knew how to turn on the heat at noon, and set the days standard with an hour long set of blues and funk with a hint of hip-hop in the beat. One of the more anticipated bands of the weekend, Isle of Man’s Back Door Slam, kicked into full blues force shocking most of the older attendees for how young they were, and how well tuned they sounded. Davy Knowles (front man and guitar virtuoso) has the voice of an old blues veteran with the guitar skills to match. Once the heat of the day set in, and the storm warnings faded into a cloudless sky, the legends stepped out as Canned Heat and Grammy winner Susan Tedeschi laid down the foundations for the nights headliner. 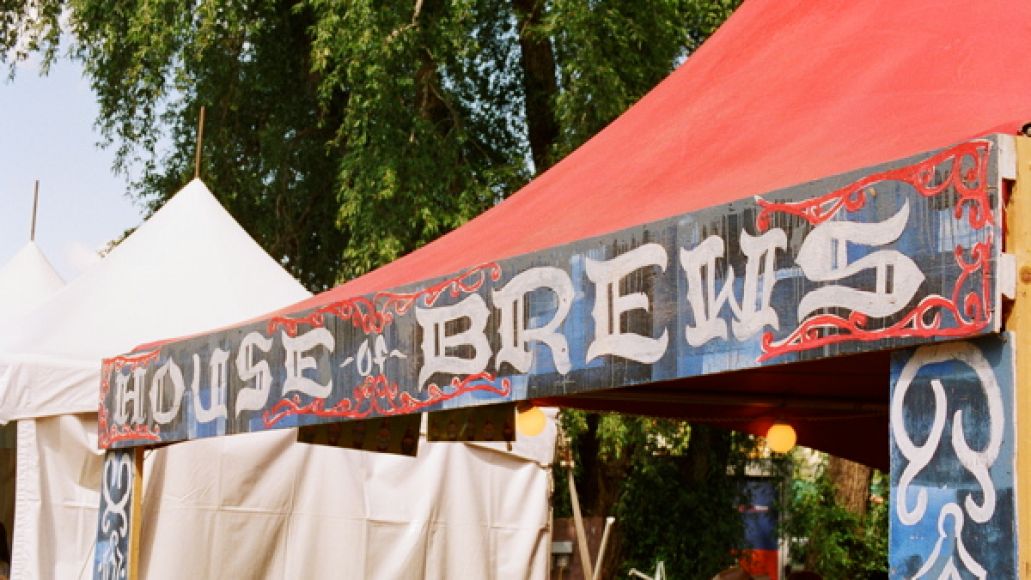 We have all heard the song “Ridn’ with the King,” as it has been covered countless times, most famously in a duet with B.B. King and Eric Clapton. With all those covers however, you forget the man behind it and John Hiatt showed the audience Friday night how it should be done as the sun faded behind the jagged peaks and the warm day turned into a cool fall night. His performance was once in a lifetime since the man rarely performs these days, but his voice was spot on as he ran through a set of classic originals and covers.

Day two for the weekend started early as many people were desperate to find a coveted day pass. The line up was stacked with popular acts, as well as the traditional Grand Tasting of all the micro brews featured. While this is a music festival, it is hard to ignore the 53 breweries offering a staggering 150 different beers, all for the low price of… nothing. Once entering the festival, you are handed a commemorative glass and from noon until three you can wander and taste all the hand crafted goodness you can handle. Pace yourself however, because this day has been known to induce hangovers. But this is not a beer blog, it is a music blog, and it was IBC competition winner, and Kansas City’s own, Trampled Under Foot that got things going with the perfect drinking soundtrack.

The lines for the free tasting were long, the complimentary shwag was endless, and it took Big Sam’s Funky Nation and its New Orleans flavor of funk, jazz and street to peel people away from the hops and barley. Big Sam, formerly the Trombone player of Dirty Dozen Brass Band (who would be there Sunday), delivered arguably one of the best sets of the weekend with his other band as they mixed up long and loud jams, with surprising hooks from Kanye West’s “Gold Digger”, and that T-Pain club favorite “Apple Bottom Jeans”. Big Sam danced and twirled his trombone around as Adam Matasar set the keys on fire with his fingertips. The energy flowed from audience to stage and back in a harmonious way seemingly only seen with bands from Bayou.

The Orleans flavor continued with Dwayne Dopsie and The Zydeco Hellraisers. This band was the perfect representation of what you would see on the streets around the French Quarter, using a washboard as extra rhythm and an accordion played with the furry of a guitar. This was further solidified as they covered Hendrix’s “Hey Joe” using the squeezebox in place of most of the guitar parts.

By the time John Butler Trio came on, most of the day’s earlier musicians were finding room in the audience to catch the performance. G-Love, who would be on next, was even spotted close to the front as he stood out being as tall as he is. John Butler owned his guitar, taking his acoustic twelve string to new heights. Soft gliding moments would erupt into a fury of distorted solos all on the same piece of wood and steel. Butler’s long nails plucked and strummed on multiple stringed instruments throughout a set that was fueled by Butler’s social awareness of world issues. The Australia/California native was the first of the weekends’ day acts to get the encore cry and would later return to appear with G-Love and Special Sauce. 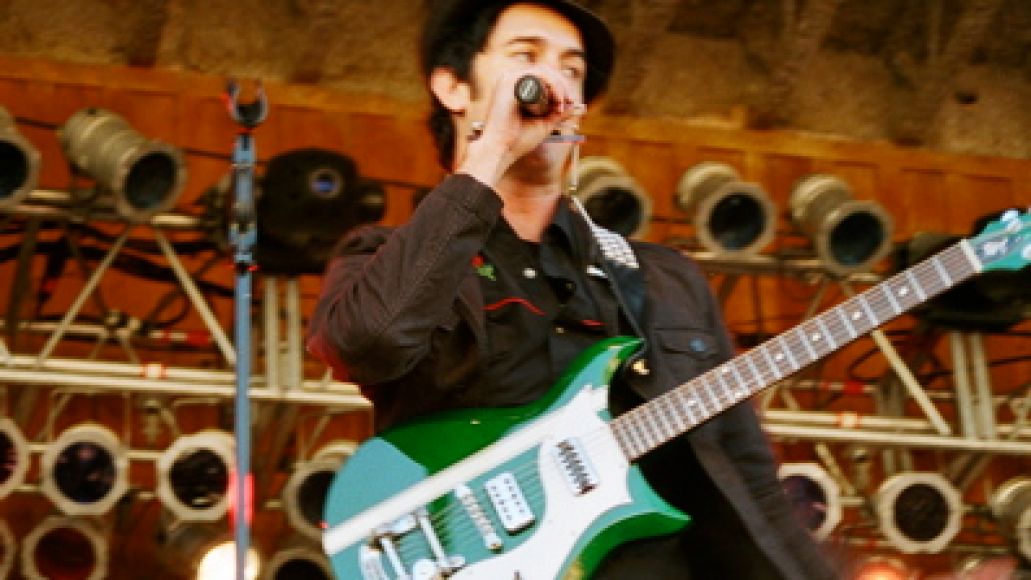 The energy was at an all time high now at the festival as all the beer had been consumed, and G-Love answered the call as he brought his Special Sauce of blues and hip-hop to the main stage. Having been around for some time now, his set was a track list of greatest hits as he played for just over an hour. He too was no stranger to the “art of the cover” as “Booty Call” flowed appropriately into Paul McCartney’s “Do It In The Road.” The collaborations continued as well with Big Sam coming out on “Cold Beverages,” offering his musical talents as well as his pop-and-lock skills. It was impossible for anyone to just stand and watch as all the attendees were up and moving with the go with the flow attitude that is a major part of the festival spirit. Closing out the second night was Warren Haynes and his Gov’t Mule as they delivered a high energy set complete with classics and long improvisations that also included an appearance with Tedeschi. Haynes would go on to play a sold out solo set later that night making this day all about the Mule, and also the funkiest of the weekend.

Sunday at the Blues and Brews has always paid its respects to gospel and soul. Opening this day would be the southern legends, The Blind Boys of Alabama. Its long history of playing spiritually based blues and soul turned this small part of the mountains into a southern style church. Formed in 1939 at a school for young blind boys, the trio harmonized and held notes higher and longer than anyone could 50 years their junior. Jimmy Carter at times sounded as if he was in his 30’s, not late 80’s as they flew through a set that included the version of “Amazing Grace” sung to the tune of “House of the Rising Sun”. The feel of day three was more scattered musically, moving from traditional southern church to hillbilly blues as with The Reverend Payton and his Big Damn Band. Tedeschi would make another appearance during Derek Trucks’ set, making her the artist at large for the weekend. It was the closing set of Etta James and The Roots Band that made the perfect end for this exhausting weekend.

Now 70 years old, Etta James has seen it all in her lifetime and has been rewarded for her incredible talents three times by the Grammy board, as well as a number of life time achievement awards by various organizations. Her songs of life, love, tragedy and triumph have shaped soul and R&B into what it is today. What was performed and seen this past Sunday could not have been predicted by anyone in that audience as Mrs. James, who can now only walk to her seat on the stage, and deliver a passionate and highly sexual set with much credit given to her backing band. James sang one of her biggest hits, “At Last,” just as if it were 196, not missing a note as everyone swayed and looked for someone to hold onto for this romantic moment. “I’m very sexual, I have sexual undertones” she expressed as she wiggled and grooved in her seat, feeling herself up and down with the occasionally tasting the air as added punctuation. “You can take your clothes off, but you can leave your hat on” she sang during a cover of Randy Newman’s “You Can Leave Your Hat On.” The second biggest reaction of the night came when she began the opening words to Janis Joplin’s “Take a Piece of My Heart.” It was an all too short set, at just over an hour, and the audience begged for just a few more songs. James came out once more to say goodbye as she bent herself over her chair in a seductive manner drawing astonished cheers, the last for the weekend. It must have been odd being her sons and band members, watching their 70 year-old mother get down in ways that most women her age wouldn’t think of on stage, but I guess it comes with the territory.

This festival and its town are all there own. There is literally nothing else like it in this country as every band that played went above and beyond expectations. In a summer music season, filled with promoters trying to get the latest and greatest, Blues and Brews sticks to what they know is good, and it has worked year after year. And while those bigger events struggle with sound issues, late bands, and shaky performances, this one does not. It delivers what can easily be called a once in a lifetime experience every year. Thank god for the Blues. 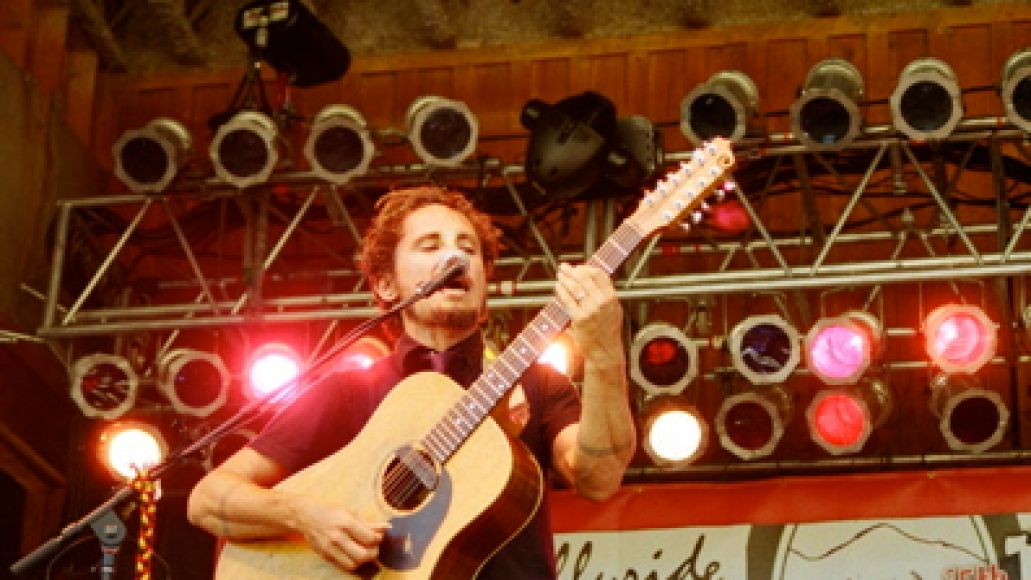 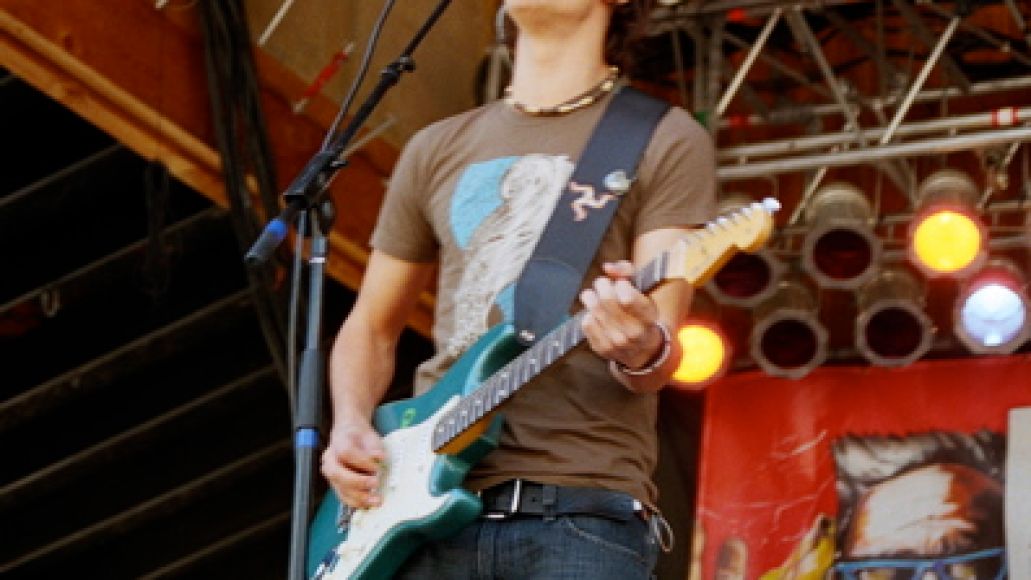 Blues and Brews celebrates its 15th