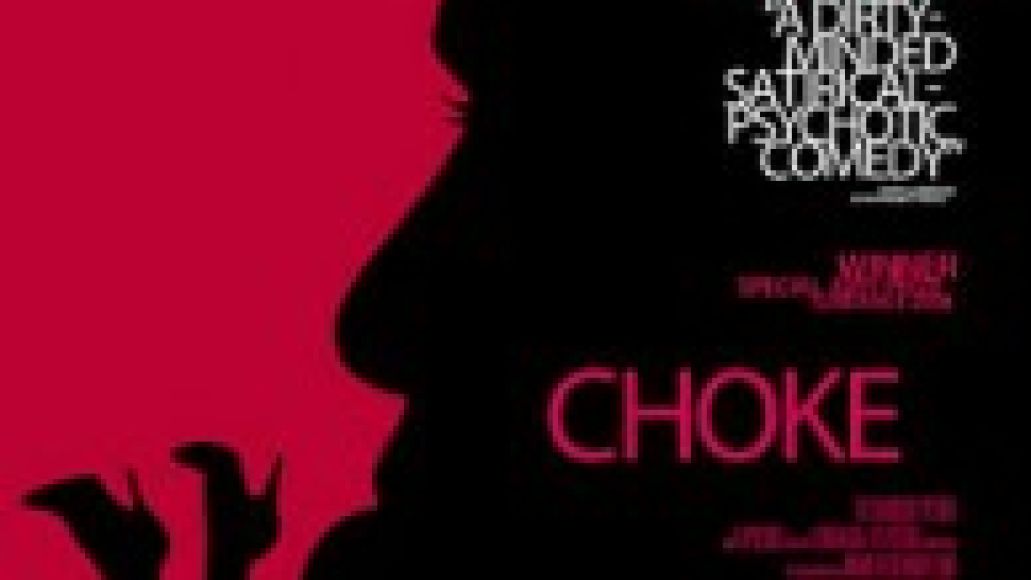 Last week, I had the chance to see the new Chuck Palahniuk film adaptation, Choke. Directed by Clark Gregg, the film stars Sam Rockwell as Victor Mancini, a sex addict with larger than life problems. It’s a wild and zany plot, sure, but it’s hysterical and altogether a pretty solid film. It’s also the first film to feature Radiohead’s In Rainbows material.

So what does that have to do with you?

Allied Advertising is giving CoS a lil’ giveaway in anticipation of the film’s release. For those interested in some free swag, which includes a Choke t-shirt, send your name and mailing address my way, and I’ll choose some winners for the free apparel. Do it fast, these will probably go away in no time.

For all potential moviegoers, Choke has a limited release on September 26th.