On night two of a three performance stay in Chicago (yes, DJ sets count), Hot Chip played to the over 18 crowd at The Metro. Located just down the street from Wrigley Field, home to the World Series favorite Chicago Cubs, The Metro is known for not really having a bad vantage point to see any band. Then again, actually seeing the band is almost not needed when a concert becomes a dance party.

Hot Chip has been known for its live shows since the group started and this current North American tour has even booked double dates in Los Angeles, Chicago, and New York. While it has been awhile since Made in the Dark was released, Al Doyle, Alexis Taylor, Joe Goddard, Owen Clarke, and Felix Martin have been busy promoting the next single, “Hold On”, and have also released a live iTunes EP. To put the icing on the cake, they even brought a live drummer along for the tour.

After the experimental styling of the opening band, Growing, the fast multiplying crowd inched closer and closer to the stage awaiting the headliner. Many in the crowd were already a few drinks in, and even the waitresses walking around were beginning to have trouble moving to and from. The crowd itself was a spectrum of all fans different: flannel shirted guys in jeans, tattooed girls with black hair, hip-hop guys, hippie girls in animal prints. They were all there for one reason and they were all going to do one thing: dance their heads off.

The crowd might have known they were going to dance, but with two shows, there is always a chance for a second day letdown and on first glance, many didn’t appear to be the dancing type. Then again, this is Hot Chip and they aren’t in the business of letting people down. 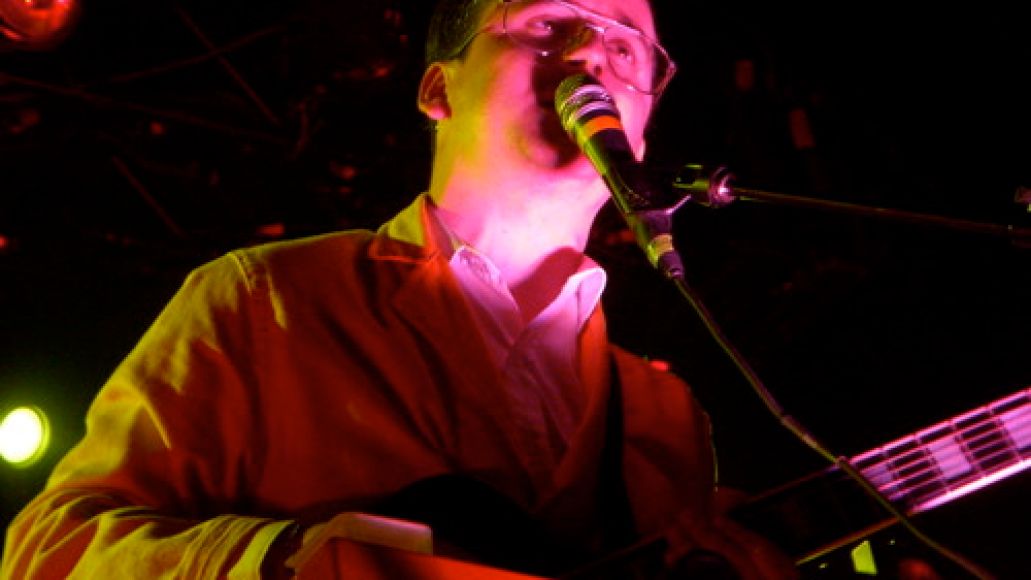 Hot Chip eventually took the stage after the requisite tuning and moving around of instruments and equipment. Strike that, Hot Chip danced onto stage and then launched into its set. Doyle started things off with the guitar riff from “One Pure Thought” and the raucous crowd instantly was feeling it. Taylor, dressed in a bright yellow jumpsuit, projected his soft voice up to the balcony, which was also packed with fans. The band continued the series of songs from Made In the Dark. “Bendable Poseable” got the crowd’s spastic dancers into it with Goddard’s singing and the song’s identifiable “time delay.” “Shake A Fist” was the recognizable song people were happy to hear. The girls in front of the crowd moved to the reinvented version of the hit and everyone else eagerly waited for the music to take them over.

It took them over with “Boys From School”.

The track was clearly one of the songs everyone was waiting for. With an extended opening and the entire band in the midst of putting on a dancing, singing, and outright fun stage show (accompanied with perfect intimate lighting), this song was a highlight for many after the show had finished.  The band continued to play to the crowd with stretches of high energy, danceable songs, including an unreleased, down tempo song to slow things down. This stoppage in the party was short and when it was finished, few knew what they were in store for.

An extended version of “Ready for the Floor” kicked off another great stretch for the band and when dozens of large white balloons cascaded into the venue from the back, it was “go time” for the crowd. Girls fought for the chance to hit the balloons, the band hit many back into the crowd, and everyone else was in awe of the party around them. 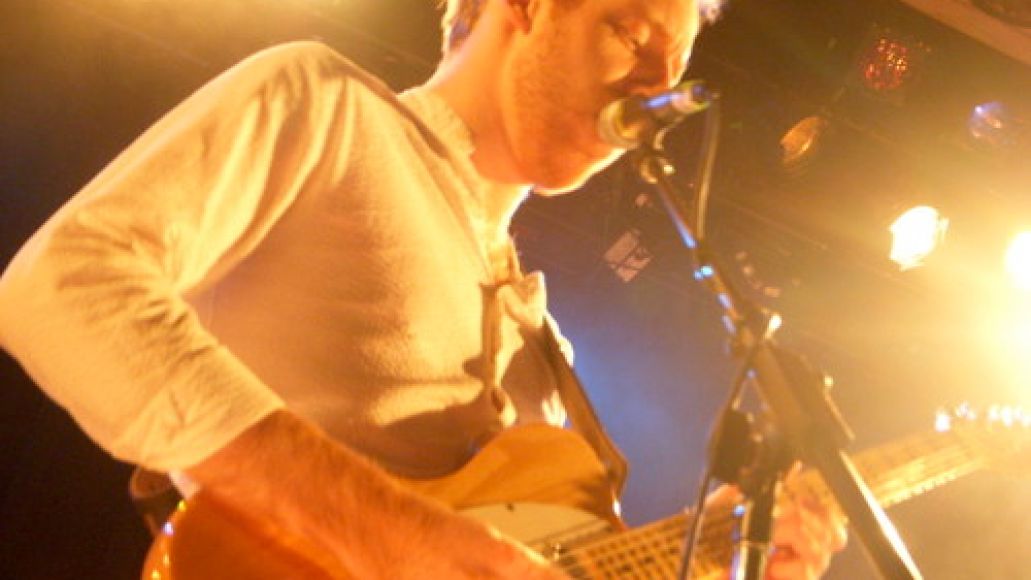 Usually when an act plays for 90 minutes plus, things can grow tired on stage, but back and forth banter at the show was at a very high level. Goddard, who was wearing a Super Mario styled red jumpsuit, practically asked the crowd to calm down, while Taylor dedicated one song to a couple on their honeymoon. In between introducing the members of the band, Doyle stated his joy in having an older, adult crowd, and therefore treated everyone to a special moment, leading the band into their own version of “Nothing Compares 2 U”.

On a more personal note, my favorite moment was when I was escorted out of the venue after the show by one of Chicago’s finest. His comment about the show was, “How can you not dance at a Hot Chip show?” Frankly, I agree and next time Hot Chip comes to the Windy City, they might want to stay a third day or even a fourth, because if this was any indication, they already own this place. 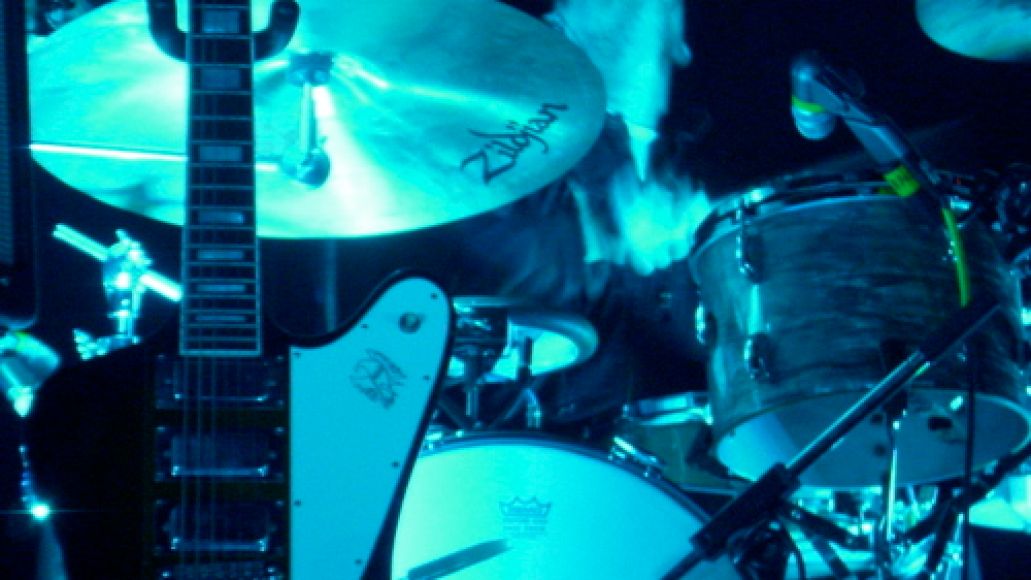 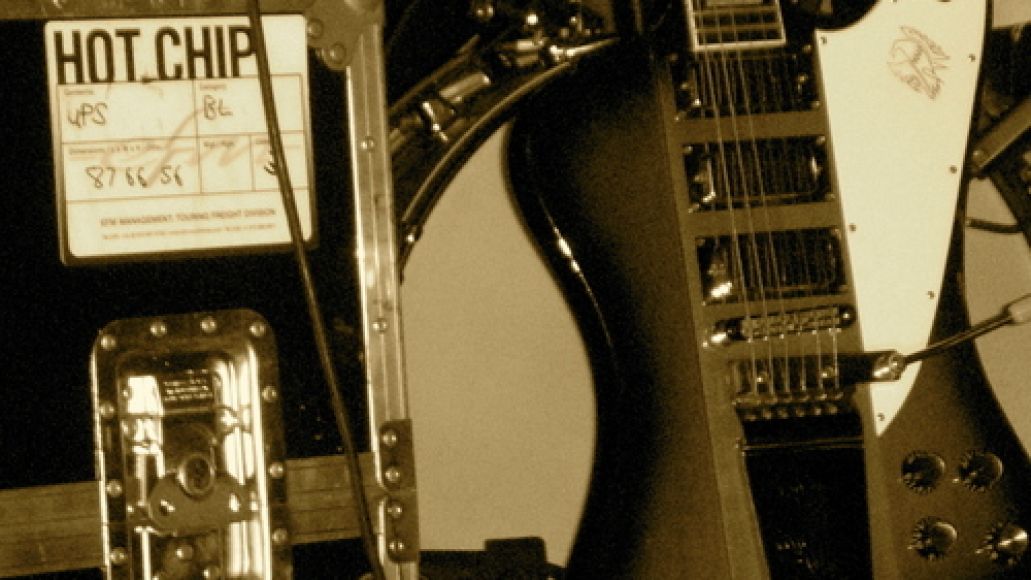 Set List:
One Pure Thought
Bendable Poseable
Shake A Fist
Boys from School
Hold On
Touch Too Much
Over and Over
*new song*
Ready for the Floor
Made in the Dark
Keep Fallin’
Out at the Pictures
Wrestlers
Down with Prince
Not Fit State
Nothing Compares 2 U
In the Privacy of Our Love