Depending on how far back you go, Laurie Anderson may need some introduction. She’s a performance artist from New York’s late-70s art scene, who became a recording artist by accident. In 1981 she released a single of “O Superman“, a dark, minimalist tune, clocking in at just shy of 8 minute and 30 seconds. By some strange providence, and a little help from John Peel, the song rose to #2 on the ’81 UK Singles chart and Anderson signed with Warner Brothers just to meet single demands. These days she’s with Nonesuch, and has 10 albums under her belt – 5 live, 5 in the studio.  Her work is always a juxtaposition of music and spoken word and constantly addresses how we, as humans and as Americans, communicate with one another. Anderson has delved into just about every facet of art there is, but live performances are where the full spectrum of her talents come into play. Typically, they’re multimedia extravaganzas, featuring thousands of slides, videos, props, and her unusual audio inventions. Her current tour is for her sixth studio album, Homeland, slated for release sometime next year.

Homeland pulls strongly from the current American dystopia, the “American night,” she calls it in one song (“Callin’ Em Up”), and also from her recent stint as NASA’s first and last artist-in-residence.  A performance series pertaining to that particular experience, called The End of the Moon, ran from 2004-2006.  As with all of Anderson’s performance pieces, the musical segments and a number of the themes of her performance work shifted into a separate work for an album. Homeland takes from The End of the Moon a dialogue on the relationships between war, media, consumerism, and the human condition. It acts as a sequel of sorts to her best known performance piece, 1983’s United States Live. United States was a broad and sprawling overview of American life in the increasingly modern world and the barriers we construct when interfacing with each other. The show was eight hours long, performed over a number of nights, and featured a full spectrum of the multimedia stage show Anderson became known for.

Homeland is just the opposite. The topic is the same, but the contexts have changed significantly, as well as the performance.The End of the Moon, and subsequently Homeland‘s performances, have been stripped-down to the essentials – about thirty small candles scattered across the stage, ten white chords ending in dim light bulbs extending from the ceiling and hovering a few feet above the floor, Laurie Anderson, three accompanying musicians, and their instruments.  Stage lights change color and patterns, there’s occasional smoke, otherwise – no frills.  “I find that the best way to look at our culture these days is not through a multimedia show,” said Anderson, “but with the simpler and sharper tools of words.”

The Philips Center for the Performing Arts is an average-sized auditorium on the campus of the University of Florida, one of six organizations co-commissioning Homeland. A small presentation was held in the foyer prior to the concert, giving an overview of Laurie Anderson’s extensive career. The auditorium was about half-full. Patrons ranged from elderly to middle-aged liberal arts types in both formal and casual varieties.  Variations on this theme in younger form were fewer in number, but definitely sitting right next to me: a young couple in their twenties, clinging desperately to some abstract concept of professional maturity, argued the boyfriend’s relationship time-management boardroom style. Oddballs outside of these demographics were present in acceptable numbers. 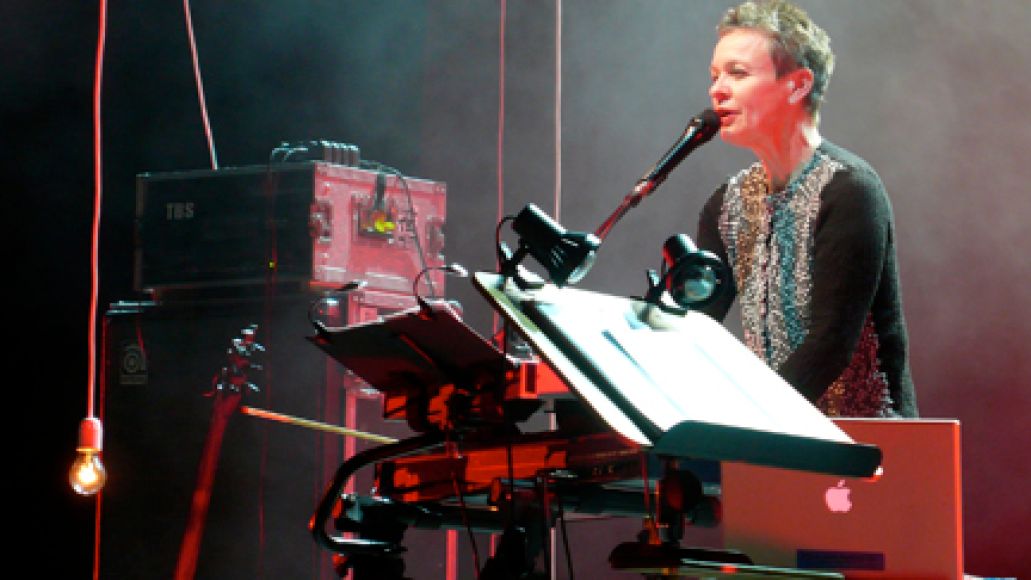 Anderson, with one of her signature modified violins, took center stage in front of her synthesizer.  To her left sat Eyvind Kang on viola. To her right sat Laurie’s frequent collaborator, Skuli Sverrisson, on bass guitar, and to his right Barenaked Ladies’ ownKevin Hearn on piano, synth, and accordion. The ice princess next to me adjusted her bag and adorned the air with the warm small of patchouli, the sound of birds filled the air.  The first track they played, called “The Lark”, is based on the ancient Greek play, The Birds, by Aristophanes – “A short story from before the world began,” said Anderson, speaking in her signature voice of dream-like contemplation. The song is absorbing and haunting. In the narrative, the world is young, there is no land, just birds flying around, never needing to stop. A bird’s father dies and no one knows what to do with him – so she pushes him into the back of her own head. This is the beginning of memory. The violin and viola mesh with the bird songs, playing along with them, complementing and extending their natural sounds.

The stage lights went from blue to red and the atmospheric tones shifted to sinister beats.  Anderson sang a laundry lists of misdoings – brutal interrogation, bombings and greedily takes credit for all of it, “’cause I’m a bad guy.” America is never named as the aggressor of these acts, but the statement is clear – the title of the song asks, “Why Do People Hate Us?”, the actions speak for themselves.  Anderson has taken her once basic vocal skills to accomplished levels, singing to perfectly matched notes from the strokes of her violin.  (This may be the Tuvan throat singing she’s been involved with.)  This track was followed by “Transitory Life”, another dreamy and spooky ballad which bleeds into thumping and dark Hi-NRG beats of “Only an Expert”, the album’s centerpiece.  The song has gone through many changes, and has been really sloppy in the past (as seen on YouTube), but this performance was spot-on and featured some new elements, such as chilling shrieks coaxed from the violin and viola. Anderson rattled off pointed and cynical lines mocking the speed and certainty of advertising clauses.  She addressed the reliance of the masses on the so called “experts” who facelessly offer the bottom-line truth on all things.  “If the experts say it’s not a problem – then it’s simply…not…a problem.”

Though “Only an Expert was very compelling, this is the point where I became critical of the songs. Since the Iraq war began, artists of every sort have tackled the topic of America’s polarized politics and protested  the war. At this point, it would be easy to say that Anderson’s very, very late in the game to make a unique 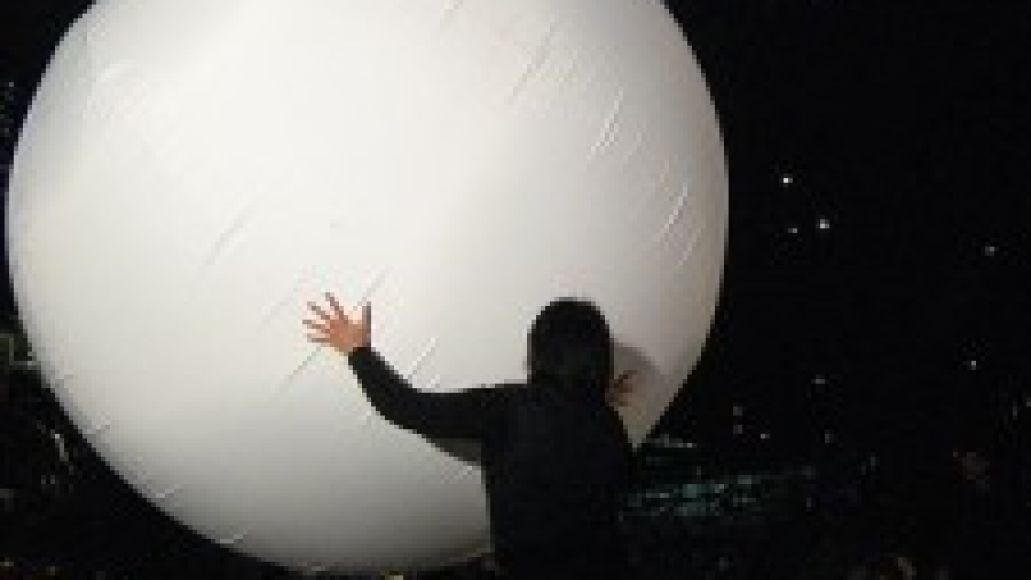 statement. She referenced the hunt for Iraqi WMDs, An Inconvenient Truth, and a myriad of other staples of political arguments over the last seven years. Art media is over saturated with this dialogue, and I found myself thinking during the concert – what more can this bring?

The track “Mambo and Bling” began with, “you know, with the elections going on now…” this is not just a variation for the live performance, but was also on the single that was sold at the concert.  (I assume there’s a chance this specific track, or this rendition of it, won’t be featured on the album for this reason, time-sensitive content like this may be why Homeland‘s release keeps getting pushed back.)  I don’t feel that Anderson’s work has been quite this time-sensitive before. Despite heavily criticizing Reagan’s politics, United States struck me as having more longevity. Homeland is very specific, so specific, that it’s already dated. After dwelling on these thoughts for some time, I realized – what’s most important about it, is that Laurie Anderson is the one making these statements, and she’s doing it well, in a way only she can.  She’s a constant observer, a story-teller, and if anyone’s chronicling of these strange days we live in is relevant – it’s hers.  “Freedom is a scary thing, not many people really want it,” she prophetically sang on her album Life on a String, released late August, 2001. Keeping tabs on America’s state of being is what she’s always done, and I’d sooner listen to her take on it than Green Day’s.

“Mambo and Bling”, a dialoge piece in which Anderson applies her classic deep voice modification, ended with a statement regarding America’s lack of brotherhood and motivation. “You know that scene in the movie – a man comes running into the saloon and he’s out of breath… and he says ‘there’s trouble out at the mine!’  …And every single person at the bar stops whatever they’re doing… and they all go running out through the swinging door – out… to the mine. Patriots, citizens – there’s trouble out at the mine.” Her words became frantic, panicked, terrifying. The viola started to play, replicating the sound of a fallout siren. “Sisters, brothers!  There’s trouble! There’s trouble out at the mine!” This is where Anderson’s prowess as a storyteller and performer dispose of my reservations. “Your silence will be considered your consent.”

The concert wasn’t all socio-political gloom.  In “The Underwear Gods”, Anderson imagined that the giant underwear ads in Times Square came to life and strolled the streets as “enormous and perfect” deities of undergarments. There were also plenty quirky anecdotal observances such as: “one thing I like about English is you don’t have to memorize the sex of everything in the room.”  And, though it didn’t seem to even serve any function during the song she was performing, Anderson whipped out a new music gadget: a pair of sunglasses outfitted with some sort of sensitive mic which interpreted impact against her head as a sort of snare drum noise. She would knock on different places on her head for different beats, even closing her jaw made a sound. The musicians worked together fluidly and perform with astounding talent. When she returned to the introspective narratives and the theme of the birds, you were able to hear some seriously beautiful music. 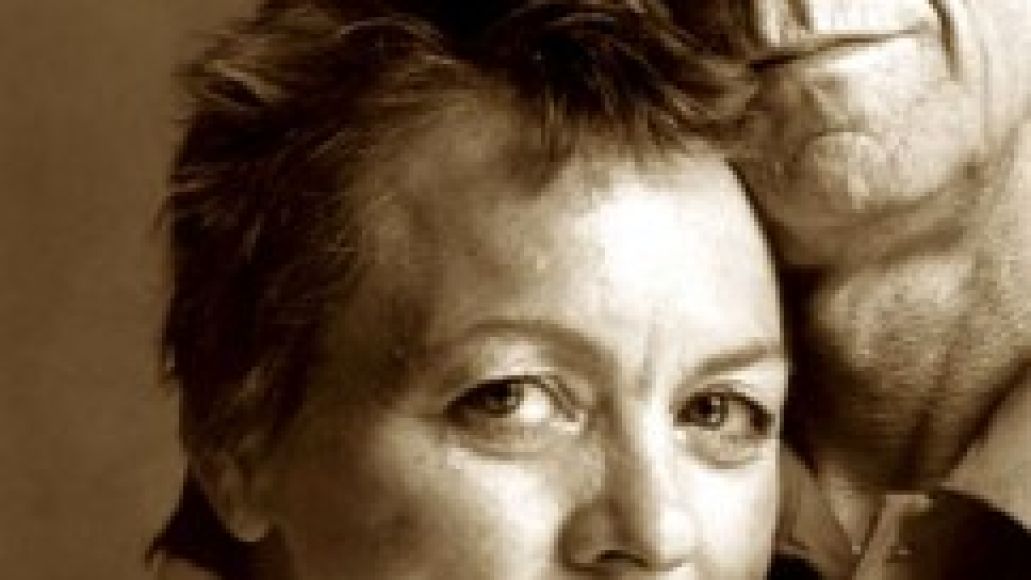 from the stimulus of getting to see Lou Reed perform, the song is actually rather weak. It’s just a series of comparisons. “She pretends she’s a movie star/ he pretends he’s a king,” she pretends ___/ her pretends ___, and so on.  Then the chorus is just the title sung a few times. Eventually there’s a variance, but only that the “he” and “she” become “I” and “you”.  Simple stuff, not much to it. Reed’s guitar craft on the other hand, when he got into it, was really lovely.

Laurie Anderson, Lou Reed, and the gang bowed out. A few minutes later, Anderson returned by herself and treated the still applauding audience to a violin solo, she bowed and the lights went up. The energy and quality of the performances were exceptional. Even without her illusions and gadgetry, she was captivating. The performance and arrangement was very tight. I suspect what I’d seen was very close to what the final album will be. “This is the time, and this is the record of the time,” sang Anderson on her first album. In reflecting on my initial discontent towards Homeland‘s dated nature, I couldn’t help but think of those lines. Homeland accurately personifies the disillusioned and disassociated state of affairs. It is a tragic time capsule.  With my initial beliefs behind me, I’m excited to get the opportunity to hear these tracks again. Hopefully, Homeland will be released promptly next year.

Homeland is slated for release sometime next year, a project specific website is in the works.  In 2007, Laurie Anderson’s first album, Big Science, was re-released through Nonesuch. Additional re-releases of her music and video are said to be forthcoming.  She will continue to be on tour with Homeland for the remainder of the year.

Set List:
The Lark
Why Do People Hate Us?
Transitory Life
Only an Expert
Mambo & Bling
Maybe if I Fall
Short Fall
Underwear Gods
Out of the Heart
Callin’ Em Up
Stranger Perfumes
Pictures & Tings
Bodies in Motion
Sky Flying Birds
Lost Art of Conversation
No Man’s Land