The word ‘screwed’ gets thrown around a lot these days, but it has become a mainstay amongst the record industry in reference to many good acts who often get shoved aside in favor of a better ‘unit shifting’ product. Marty James was one of those acts, alongside Johnny Z, forming the rap act Scapegoat Wax early during the new millenium.

After moderate success with the single “Aisle 10 (Hello Allison)” from Okeeblow in 2001, due to it being featured on XBOX’s Jet Set Radio 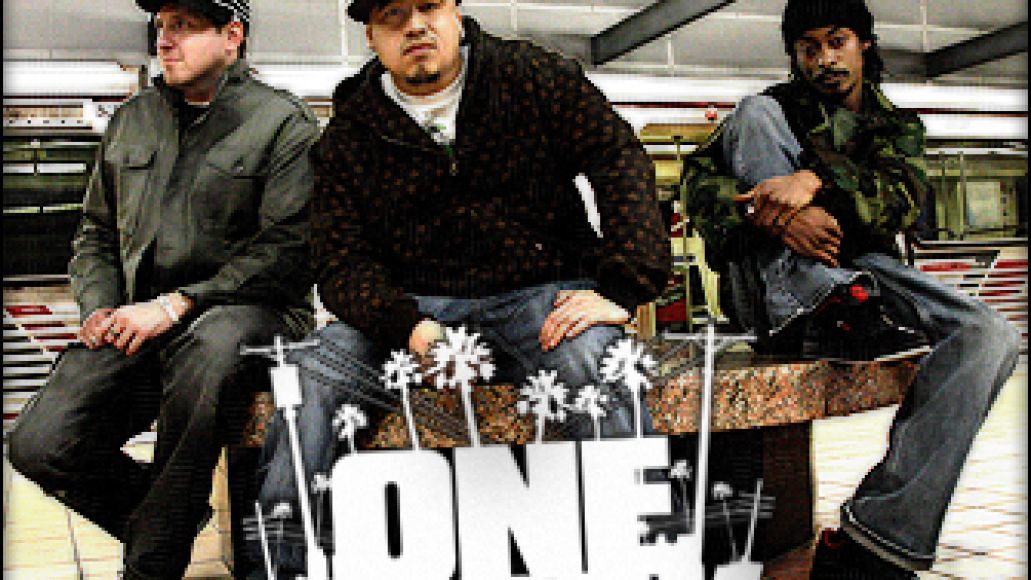 Future, a refurbished release of that same album titled SWAX, and being shoved around between Grand Royal (defunct) and Hollywood Records, Scapegoat was nowhere to be seen.  James and Johnny Z decided to part ways and go back to their respected indie roots.

Apparently, James had been sitting in the producer’s seat during his semi-hiatus, and in 2006 OBR released Cut Some Static in true mixtape fashion – home-printed inserts, labeled discs, and only a few hundred were made.  Now, it is 2008 and the group have released the single “You Got Me” featuring none other than Fabolous. It also turns out that Marty James co-wrote Baby Bash’s “What Is It” in 2007.

We have yet to see a full album released from One Block Radius this year, so I assure you when that happens I’ll give you guys a nice, juicy review. In the mean time, look up “Aisle 10”, “Lost Cause”, and “Perfect Silence” on YouTube, then go and download “You Got Me” to see the dramatic growing up our favorite Chico, CA indie rapper has done.

I am writing this Listen article to prove a point… to all of you corporate labels, in the words of another lost act, Bad Ronald: “Karma gon’ get you in the long run, anyway.”