Sub Pop and its sister label, Hardly Art, sure love Seattle. After all, the rainy northwest indie hub has been good to both labels. Take the latest fine addition to the pseudonym loving neo-folk wave. Known as The Dutchess and the Duke, the duo of Kimberly Morrison and Jesse Lortz, has been dancing around the Seattle scene for a few years now. In the past, sometimes they worked together, sometimes they didn’t, but after singing with Hardly Art last year, The Dutchess and the Duke now come as one to simplify, harmonize, and explore their inner hippie. 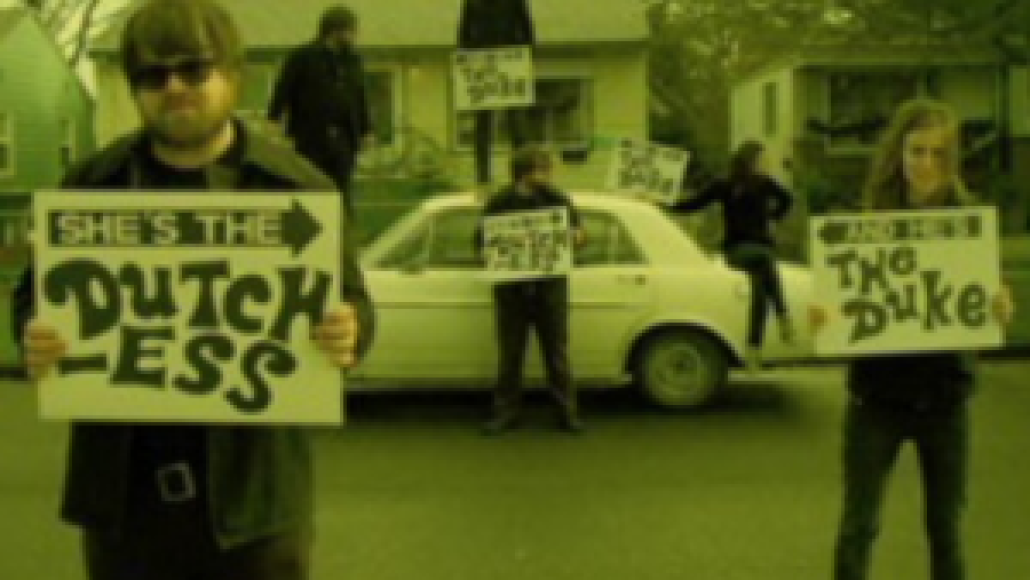 Having come from previous acts such as the Fallouts, Intelligence, the Fe Fi Fo Fums, and The Flying Dutchmen, Morrison and Lortz have now worked out a debut album, She’s the Dutchess, He’s the Duke, with some help from other friends who have done the band dance with the two over the years. While the new group and album name poke fun at their roles in The Flying Dutchmen, the songs come across as a throw back to the 60’s roots of rock song writing, harboring thoughts of all the classic names and making for a country influenced, folk-rock drenched record.

“Strangers” almost feels like a lost, early, Cat Stevens number with lyrics that are a little more blunt than Stevens would prefer, while “The Prisoner” is a great example of some of the story telling poetry that this duo can pull out. Their debut is pleasantly strong from a lyrical standpoint. For those who enjoy the simplicity of acoustic driven folk with nostalgic storytelling, The Duke and The Dutchess are sure to please the inner songwriter in all of us.

Listen: The Dutchess and the Duke