A train ride here in the windy city is always an experience. Whether it’s to the Chicago Loop in the downtown area or the far reaches of the city’s north side, the ride always provides great scenery, prompt service, and preserves feelings of preparation and excitement for a gig. This past weekend, a colleague of mine from Touch & Go Records invited me out to a gig of his band, W.W. Lowman, on the far north side of Chicago and to say the least, it was much more awesome than expected.

After a lengthy ride to the northern reaches of the city, the Morseland pub glowed in the subtle lights of the otherwise dark and mysterious neighborhood it anchored. People were gone for the evening and Morse Avenue resembled more of a black lake of cars and construction than a road. The bar patrons rallied around the doors of the Morseland chatting about life, cars, da Bears, and all sorts of things waiting for the show to begin. Here I ran into Bill, met the rest of his band and grabbed myself a pint, waiting in anticipation for the show to begin.

A funny thing about the bars on the north side of the city is that they don’t serve Budweiser products. As I sat at the bar examining the pub’s nooks and crannies, two older bikers saddled up and asked for Buds and shots of Jack Daniels, to which the bartender firmly replied, ‘We don’t serve Bud here!”  It’s one of those things that comes out of left field, and all you can do is laugh about it, but then again it makes sense as we’re only ninety miles from Milwaukee, the capital of Miller beers. The bikers chatted about old times, old bands they’d seen in their heyday and were looking forward to the show as well. From this standpoint, the pub carried an array of different age groups and profiles of people, which was what W.W. Lowman aimed to do: crash cultures, music and people together into one happy setting and leave no stone unturned. 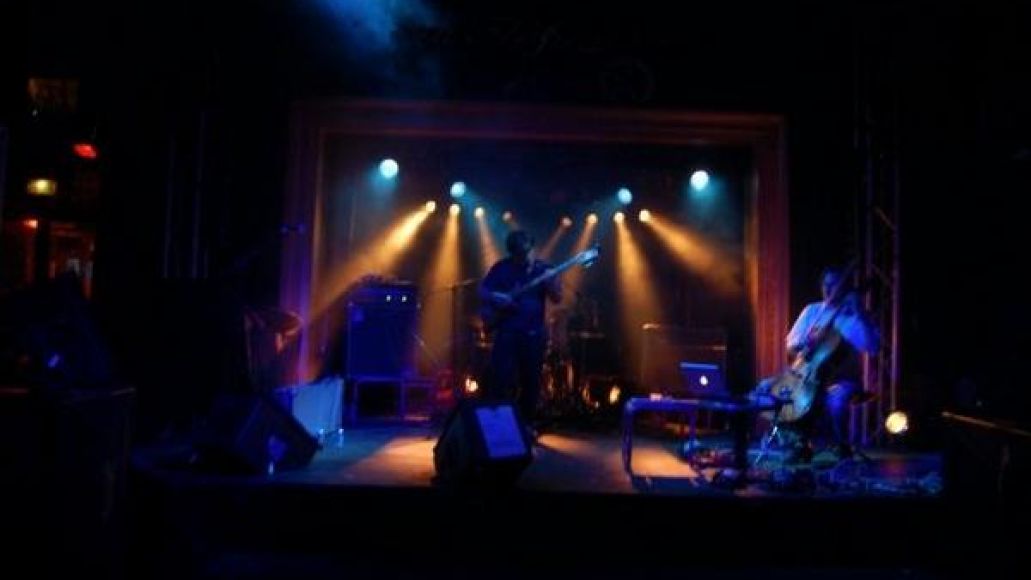 To paraphrase Lowman’s music is what Beetlejuice aims to be throughout his existence: it’s the afterlife’s leading bio-exercist. The music of Lowman brings together the craziness of existence, the subtle cool and cryptic feelings of the unknown, and combines elements of both childhood and old age in one huge sitting. On tunes such as “Tennis Socks” and “Goodbye Greg”, dashes of drum fills, contrapuntal bass and soulful vocals weep and intertwine much like brushes on a canvas. This same feeling also appears moreso live, as the band lets it all flow like Niagara Falls and never lets up. Instruments clash like titans, then smooth out the edges and create musical wind across its prairies.

The best thing going for them are their dynamics and timing. It’s been a while since a band has used the elements of volume and dynamics to craft their music, but Lowman and the gang do it with excellent precision. Give ’em a spin and see what you think. You’ll definitely hear double amongst this motley crue of Chicago musicians.