Stepping outside the air conditioned halls of the The Fillmore at Jackie Gleason Theater into the suffocating humidity of South Beach, with ears still ringing, I held mixed emotions about the My Morning Jacket show I just witnessed. Overcome with both elation and discontent, I hit the pathway for after show celebrations. While filled with ecstasy (no, not the drug) thanks to the stellar show (a rarity in Miami) I was fortunate, I also found myself harboring disgust for the concert’s promoters, Live Nation, and its handling of the Kentucky based outfit’s performance.

“An Evening with My Morning Jacket” began around 8:30pm when the band stepped out to an old jazz speakeasy tune which could have been an ode to Miami’s Art Deco past. They ripped through an amazing two-hour, hit driven set that had everyone from the pit to the balcony standing, dancing, and singing along. Jim James, the band’s iconic figurehead, dressed in dark jeans, shirt, and tuxedo style vest, sauntered onto the stage with his “Morning Jacket” draped across his shoulder.Taking a bow and extending his hand in an arching motion, he introduced the fellow members without uttering a syllable. The band then seamlessly drove into renditions of both “Touch Me” Part 2 and Part 1, which brought the crowd in the mezzanine and orchestra sections to their feet. 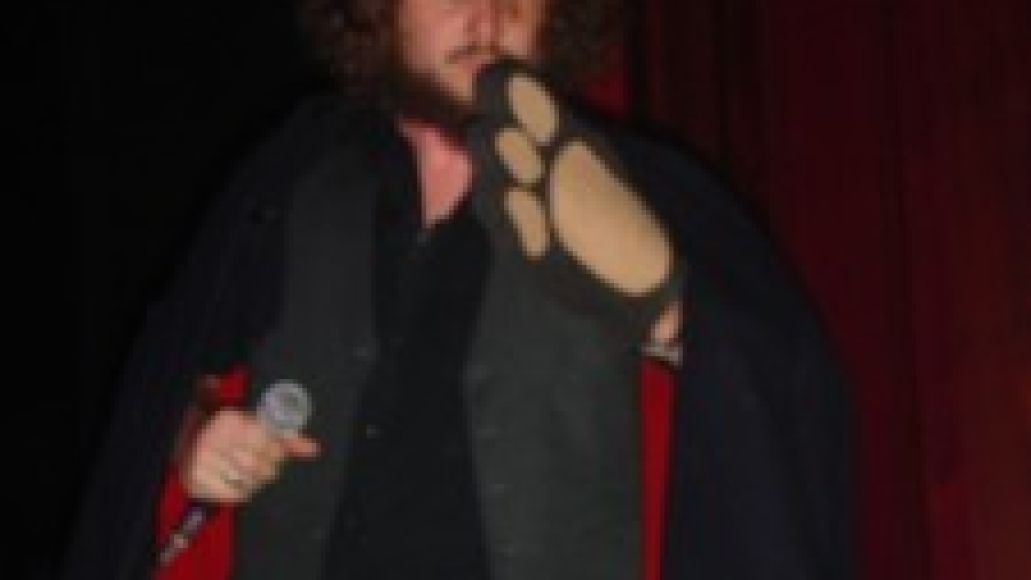 Each song that followed seemed to slowly build off the other until finally, the band reached its peak with their famously trippy extended rock masterpiece, “Run Thru”. Rock and Roll clichés put aside, this song leaves the listener wide-eyed thanks to its concert hall-sized guitar licks. Strobes lights flashed as the band jerked and slowly swayed like a turn of the century black and white film.Also included was a section where guitars, bass, and drums slowed to a crawl leaving the inexperienced concert goers to start clapping and screaming thinking the song was finished, only to abruptly stop once MMJ entered into the original guitar lick. Even though their shtick had hints of banality, with a band like My Morning Jacket, you threw all caution to the wind (guess I’m using my own clichés now) and just enjoyed the music.

Other highlights included “Dondante”, “Smoking to Shooting”, and “Knot Comes Loose”, a tremendous track off Z that is rarely played. 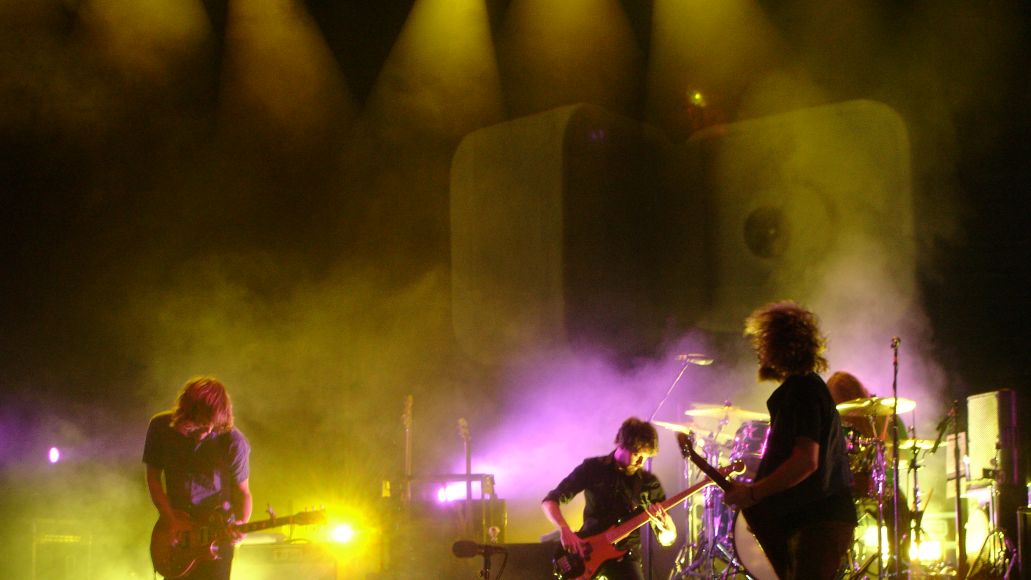 In between the set’s 21 songs, James wasn’t afraid to display his personality through his “hammy” act on stage. Albeit quiet for most of the show (aside from deeming the city “Majestic Miami”), between playing with a bear claw, given to him by a “hometown” fan (at least she kept screaming she was) to dancing around stage with his jacket shrouding his appearance, James brought some extra enjoyment to the band’s already exhilarating sights and sounds. 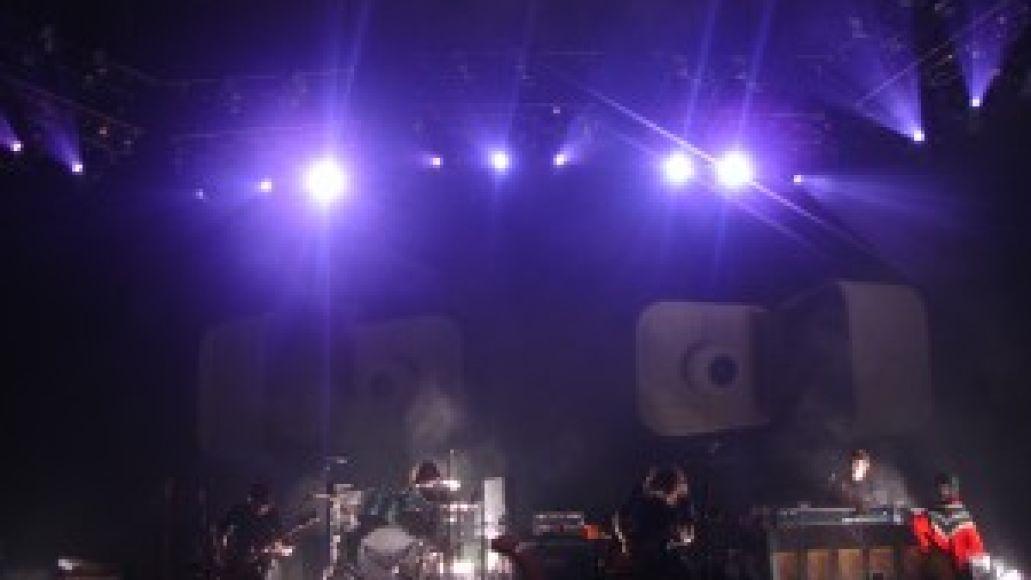 Perhaps the only complaint by night’s end, at least when came to the band, was My Morning Jacket’s  reduced set list for Florida – both the Orlando and Miami shows were close to thirty minutes shorter than many prior shows on the tour. Whether the result of the half-full theater or an exhausted, traveled-out band, the set left a bit of disappointment, albeit a minuscule one. Though, in the end, fans didn’t seem to notice, leaving the show speechless or incessantly blabbing about the tremendous scene they had just witnessed.

The major complaints were reserved for Live Nation, the promoter who has recently formed a monopoly on the South Florida live music scene. Between, the venue discontinuing entrance into stage’s closet pit after just two songs to the absurd service fees ($15 on top of a $35 ticket), Live Nation seemed to do all they could to dampen the concert goer’s experience.

That being said, My Morning Jacket offered a bit of a remedy with a compelling performance that proved why the Kentucky natives are quickly approaching the forefront of the American Rock and Roll Scene. While generally hesitant to put bands like MMJ, Kings of Leon, or Arcade Fire on the same pedestal as the Pearl Jams, Radioheads, and Coldplays of the world, if anything, Jim James and Co are inching closer to that standard with every tremendous show and intoxicating album. 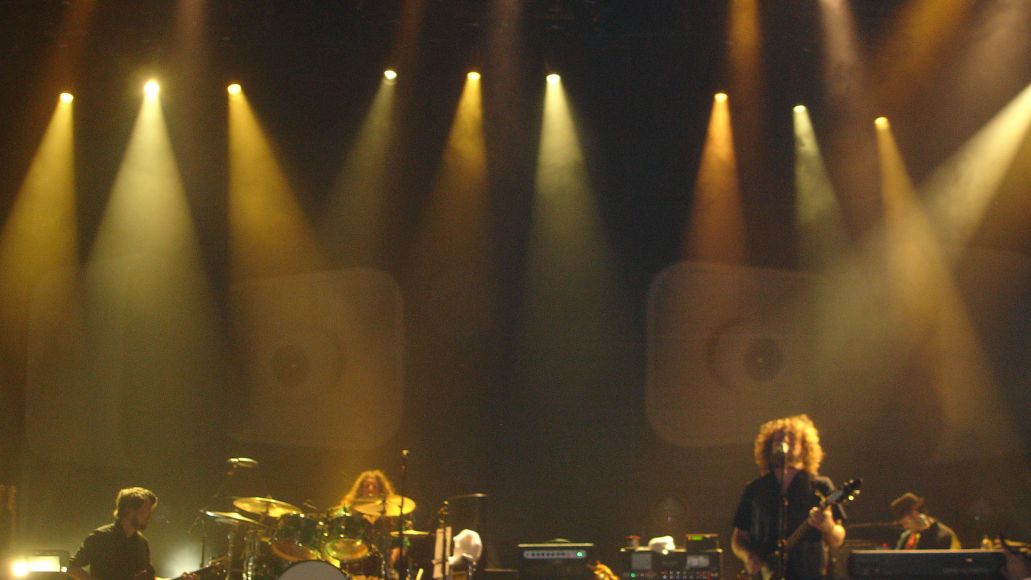 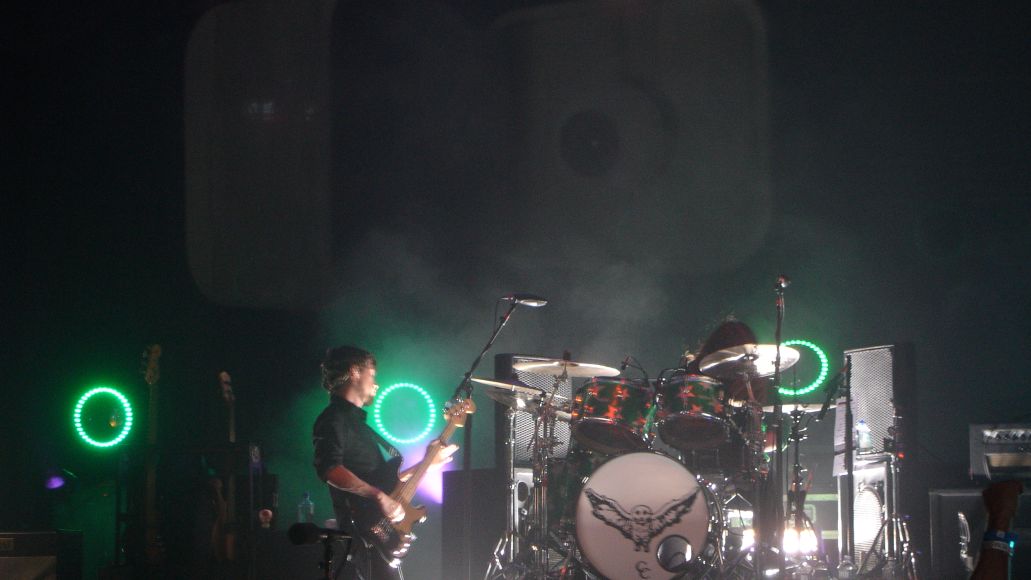 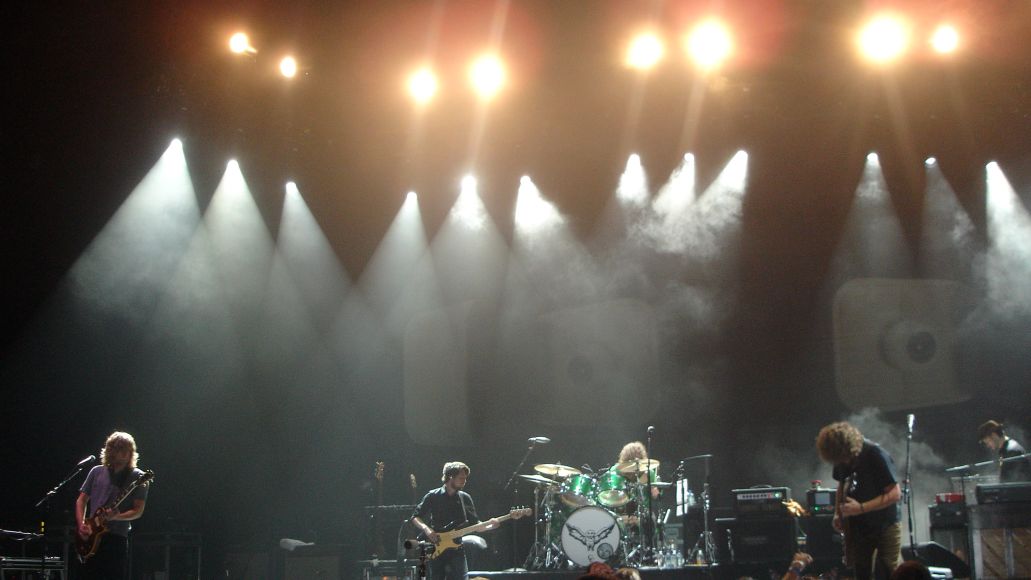 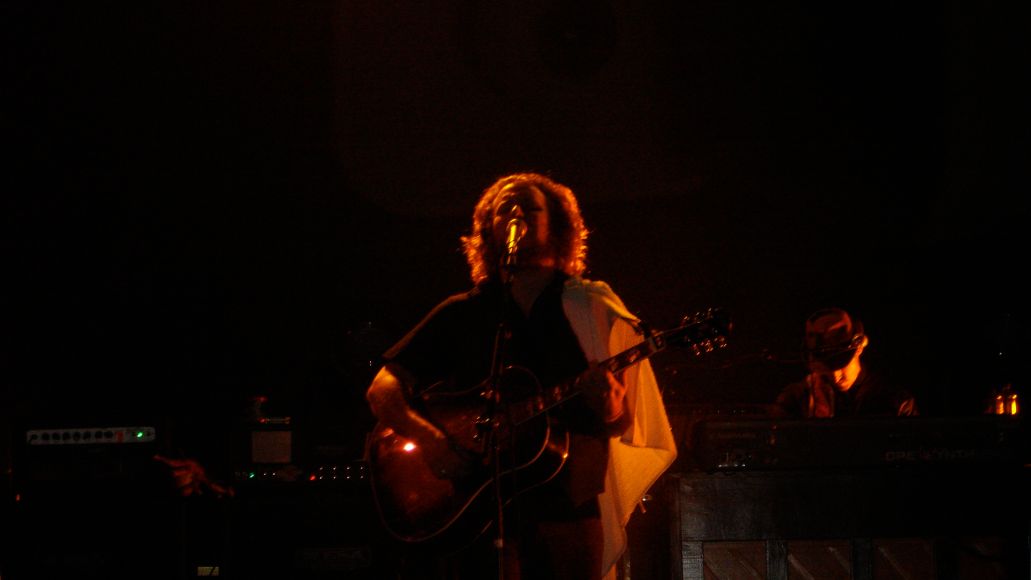 All photographs taken by Amy Quigley