Since I started playing guitar at the age of twelve, I’ve performed and attended a ton of shows over the years. Some are distant memories, others somewhat hazy and forgettable. However, there are only a handful of shows that turn out to be true gems. April 11th, 2001 at The Paradise in Boston, Massachusetts which featured Boston’s Lost City Angels, Quincy, MA natives Kicked In The Head (R.I.P) and Australia’s powerhouse trio The Living End, is one of those shows that changed my life.

Sophomore year of high school, at sixteen years old, my ex-girlfriend dumped me (cue audience ooohs). Showing no symptoms of depression (eg. not caring), my grandparents insisted I drive with them from Florida to Boston for spring break. Naturally, my answer was yes and we left the following Sunday. From the minute I got there, my uncle and I meticulously planned out what show we’d go to that week. He heard a buzz about The Living End’s sophomore album, 2001’s Roll On, and wanted to check it out. Little did we both know what lay ahead. 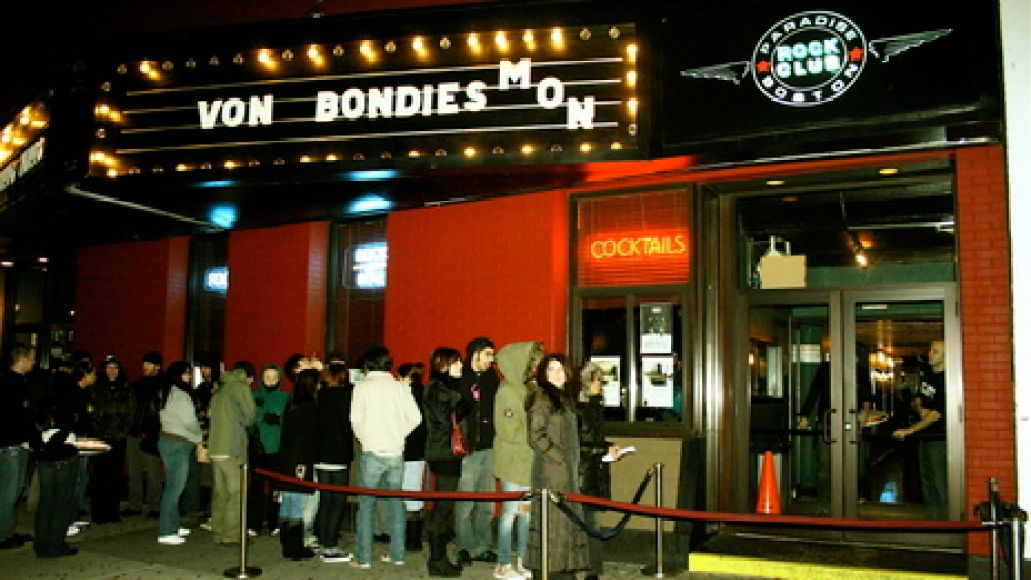 To make a long story short, we ended up missing Lost City Angels due to the train delays and the inevitable Red Sox victory jamming the stations. We did make it just in time to see Quincy’s own Kicked In The Head tear up an incredible set complete with blistering guitar solos, brassy trombone wars and frontman Gary Hedrick scream like a banshee at the top of his lungs during its closer, a cover of Slapshot’s “I Want You Dead.” Needless to say, the band’s over the top, blue collared Irish dedication shined through and they put on one one of the most untouchable performances I’ve ever seen. To this day, there hasn’t been a band that matched their caliber.

With a twenty minute delay, The Living End stomped up the crowd and ripped into “Roll On”, garnering thunderous claps and boots stomping the floor. After a loud intro of Chris Cheney’s guitar solos and screams, the band punched “West End Riot” right in the face and tore The Paradise limb from limb. For the next hour, The Living End made Boston its home and, just like Kicked In The Head’s performance, I have never seen a more awesome act in a seemingly perfect rock club. Going on over seven and a half years now, The Paradise still holds up in my dusty, old memories as a premier rock club for the ages.

The Paradise, located at 967 Commonwealth Avenue, is a Boston staple amongst the independent music scene. According to the venue’s website:

Originally opened in September of 1977, The Paradise has endured as one of Boston’s premiere rock and roll clubs for over 25 years. It holds a place in history as the first venue that U2 ever performed in the USA and has hosted some of rock’s elite including: The Police, AC / DC, Blondie, REM, The Jam, Tom Petty and the Heartbreakers, Elvis Costello, The Pretenders, Dire Straits, Billy Joel, INXS, Tom Waits, Tom Tom Club, Television, Mission of Burma, Cheap Trick, Joe Jackson, Rage Against the Machine, The Pixies, Joe Strummer, Coldplay and so so many more!!!

With an impressive lineup of artists over the years, The Paradise not only draws very well, it has some of the best acoustics I’ve heard in a venue. It also includes The Paradise Lounge which is another half of the club, as well as a dine-in restaurant. Yeah, Bostonians go all out and why shouldn’t they? 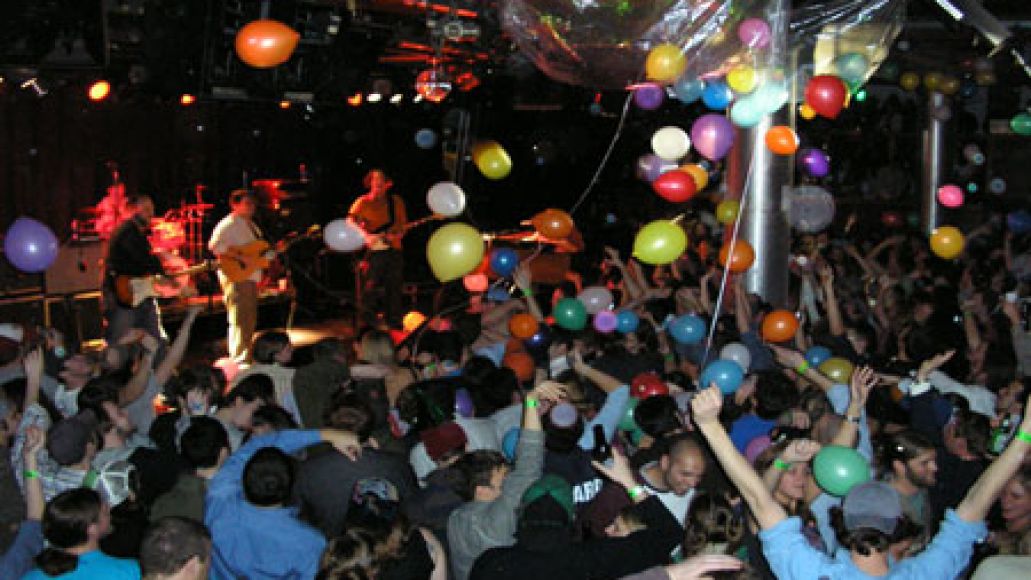 The club page also goes on to elaborate more about the surroundings and interior of the famous venue:

The Paradise provides both artist and audience high quality, staging, sound and lights, making it one of the best rooms in the city to experience a show. Although it is a 650 capacity room, the layout gives the audience a feeling of intimacy and closeness to the band. Experiencing your favorite band in this setting will leave you with a feeling that you have just witnessed something special. Like those that were here for the first U2 show!

There’s no doubt this is achieved so well. During my witnessing of The Living End, I felt as if guitarist Chris Cheney was singing to me, as well as everyone in the room, at the same exact time. Regardless, The Paradise is one of the premier clubs to attend in Boston; any band performing there sounds great!

If Huey Lewis is looking for the heart of rock and roll, then he needs to check out Boston’s rock & roll heart, The Paradise. Boston is amazing in its own right for its history, art scene, Red Sox dedication and other passions. Even if it’s just a weekend stop, The Paradise certainly should be considered for a guaranteed great evening out on the town.

Where We Live: The Paradise - Boston, MA