Last night, Chicago went up in flames once again. Between the Cubs and Sox fans crying their eyes out or the few concerts that littered the streets, people were out and about, enjoying the first cool autumn air since… July. However, if anyone managed to walk by the lone, vintage Aragon Ballroom, they might have heard the faint whispers of a sold out party (one of two, actually), hosted by the whitest, funkiest frontman of all time, Beck.

The promising prospect of a “grand ole night” came early when openers MGMT set the ball rolling. While the Brooklyn dance punks were here at Lollapalooza only two months ago, Chicagoans took ’em with open arms. Everything from “Pieces of What” to “Electric Feel” were received with much enthusiasm. Naturally, of course, past and current singles, “Time to Pretend” and “Kids” respectively, went over well with everyone, starting a sea of gyrations that would only inevitably get sexier. And despite some technical issues before the last song, Ben Goldwasser and Andrew Van Wyngarden kept the crowd interested with some banter. Not too shabby for up and comers. Unfortunately, the forty minute change up seemed to last forever. As roadies sauntered back and forth, checking every nook and cranny and tuning each instrument ten-fold, the crowd started to get icy. After a 93XRT representative came out to introduce the main event, some scoffed that it’d be another thirty minutes before Beck came out. In fact, this trend continued and jokes were abound, ranging from snide remarks on the frontman’s belief in scientology to pessimistic, neurotic traits he shared with Axl Rose.

Fortunately, the lights fell, and the California native strutted out, his face a mystery underneath a chic black hat. When the opening chords to Mellow Gold‘s hit single “Loser” rang out, thousands of frenetic fans jumped in mid air, singing or humming along to the song’s sprawling lyrics. It was the best opener for Beck, reeling in old fans, new fans, and those “hit seekers” alike. He followed it up with more recent cuts “Nausea” and “Girl”, off of 2006’s The Information and 2005’s Guero, respectively. By the time last year’s standalone single “Timebomb” started, the crowd had already received their ticket’s worth. Everything thereafter was just a treat, and quite a rare one at that. Whatever Beck does in the studio, his band does three times over. Every musician here is exemplary. If it’s not the tone perfect drum fills (especially on “Mixed Bizness”), then it’s the out of this world vocal harmonies (“Chemtrails”, “The Golden Age”) provided by just about everyone on stage. Not to mention, they all just look too fucking cool up there. Minimalism to its finest, the stage’s lighting set up utilizes flood lights that highlight whatever the colored digi-screen behind them isn’t. At times, it seemed like an Andy Warhol painting was coming alive to the music.

There was a great use of variation here. At one moment, for two songs off Guero, the band put down their instruments in exchange for some personal beat boxes. Wearing a microphone head set, Beck rapped at his finest to past single “Hell Yes”, although it came off more like an odd stage experiment. Soon after, however, the band scaled back to their instruments, breaking open some more Odelay and finally some Modern Guilt material, which is actually when the show seemed to peak. “Devil’s Haircut” saw the band rocking out in front of a red hypnotic spirall, while the gritty garage rock of “Soul of a Man” brought out the inner rocker in everyone. And while The Information‘s “Think I’m In Love” brought in some fan applause, it was this year’s “Chemtrails” that had the act scaling to new heights. Under purples and reds, Beck started at a slow whisper, which built up into this epic finish, where each band member shined, gnawing into one another’s instruments in a musical riot.

On a side note, it was inordinately rewarding to actually hear some Sea Change material live. Behind a worn out acoustic guitar, Beck hid away as he played the softer, more folksy songs. While it’s some of his best material to date, it couldn’t match the set’s teeth shattering closer, “Where It’s At.” To be honest, the term “chaotic” is an understatement. Altogether, everyone in the audience stomped on the ground and danced with one another, as if it were some wild party and every patron was out of his or her own mind. One would think this type of energy would subside when the band exited stage right. Not so, and everyone demanded more, shoving fists in the air, chanting “Beck!” over and over again, and shaking anyone and everyone next to them. Surely each fan knew Beck and his cronies would be back, but they persisted, to which the eclectic musician triumphantly responded. From “Gamma Ray” to “E-Pro”, the encore was one nonstop dance party, and every Chicagoan, to quote that horrible Luke Wilson film, “let their freak flag fly.”

Of course, nobody knew yet that the Cubbies and Sox lost more playoff games, that the newly minted autumn night had grown colder, or remembered that it was only Thursday. But for those two hours, everyone let life pause for a moment. Maybe it was the overpriced Miller Lite influencing all the action, but in those few hours, everyone treated the affair like it was a killer, three day weekend.

A blunt forewarning: Do Not Miss This Tour. 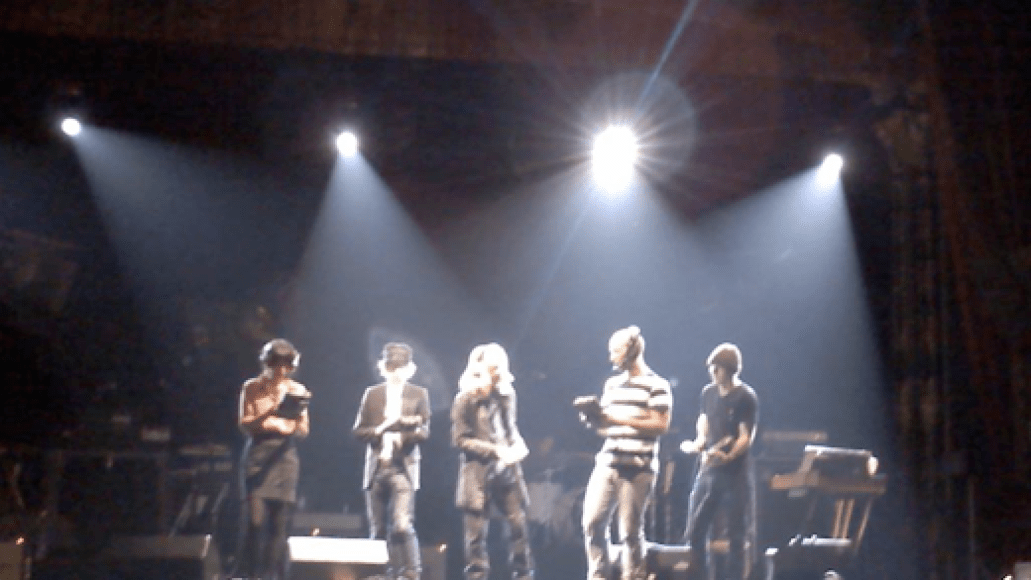 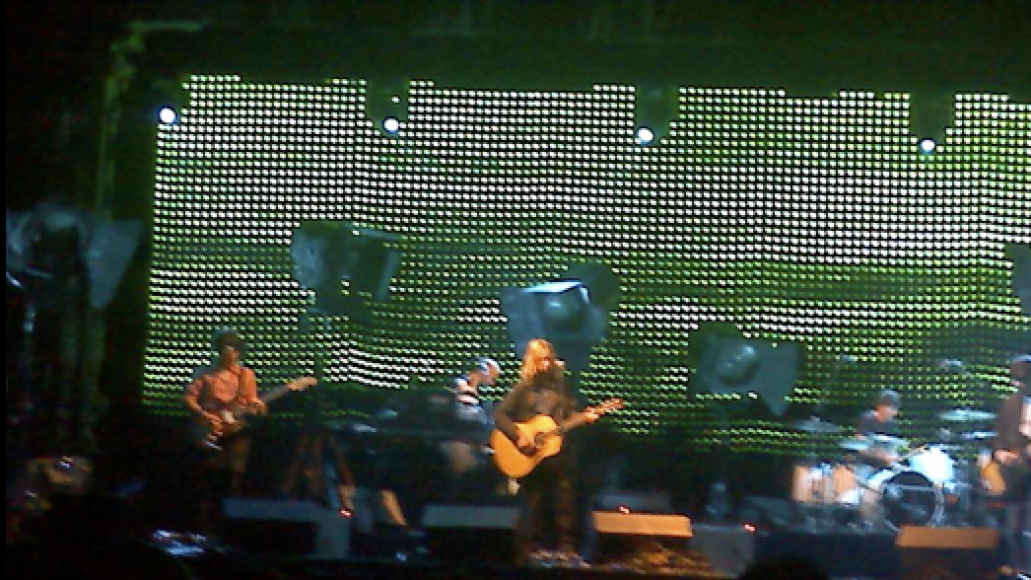