Saturday night, hundreds (if not thousands) of Chicagoans packed into the small and claustrophobic-inducing Vic Theatre to catch the Fullerton four, otherwise known as Cold War Kids, on a sold out bill. Given the band’s notoriety since its debut in 2006, the move from where they played last year, the Metro, seemed fitting. But, the Vic? It’s a small venue, snuggled away on the corner of Belmont and Sheffield, and if you blink passing by, you’re more than likely to miss it. In other words, what an excellent place for an intimate rock show, right?

Unfortunately that wasn’t the case this past weekend. The former up and coming rock act has changed. They’re no longer so starving, so eager, or so enthused. The four, led by vocalist and multi-instrumentalist Nathan Willett, seem uninterested now. The stories on stage aren’t intriguing, and the performances are weak. This is all comparable to prior shows, only a year earlier, when they took the crowd with such rage and agility. So, what happened? 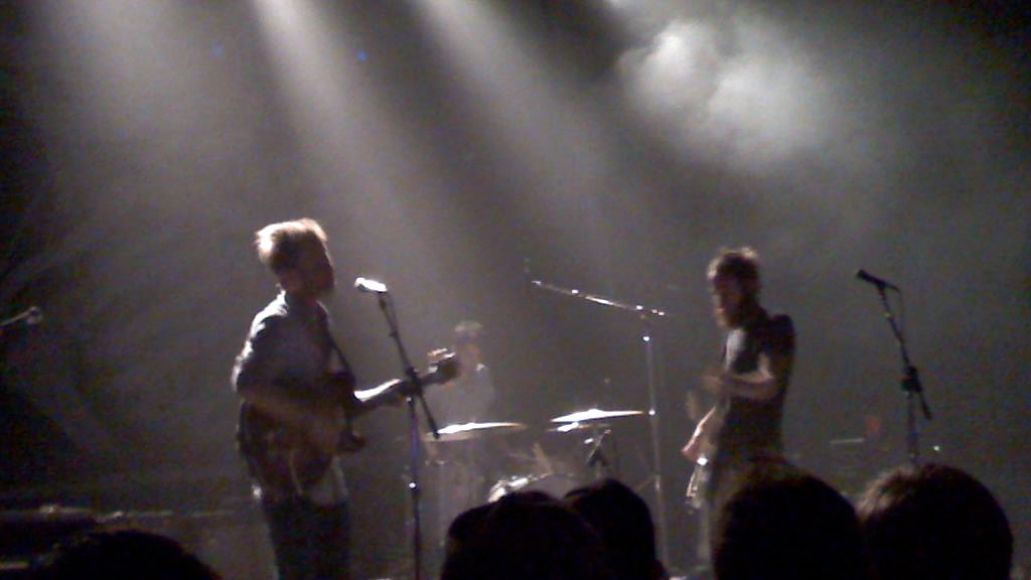 Maybe Willett and the band is tired of the old. Perhaps its the new record, Loyalty to Loyalty, which features a couple of unnecessary slow burners. Or, maybe, just maybe, they’re inordinately exhausted. Let’s scale back some, you know, to take a gander at their mindset on this tour. This is a band who spent the last two years touring in support of Robbers & Cowards, their debut record that spawned the hit single, “Hang Me Up to Dry”. This year has seen them in and out of recording studios, chiseling away at the follow up record, all the while, supporting themselves with festival appearances nationwide. Does a stop at Club Med seem necessary now?

At least if this past weekend’s performance was any indication, Willett comes off as bored and modestly rejected today. Opener “Every Valley Is Not a Lake” wheezed by, while a classic like “We Used to Vacation”, while tight and precise, came off insipid. Even the demanding and raucous “Mexican Dogs” sent out mediocre waves. Clouded from a simpleton stage setup, which relished the idea of darkness (including a lights out rendition of “Robbers”), every member was on their game, or so it seemed, hitting every note with precision;nevertheless, the youthful and bouncy energy from last year was lost. 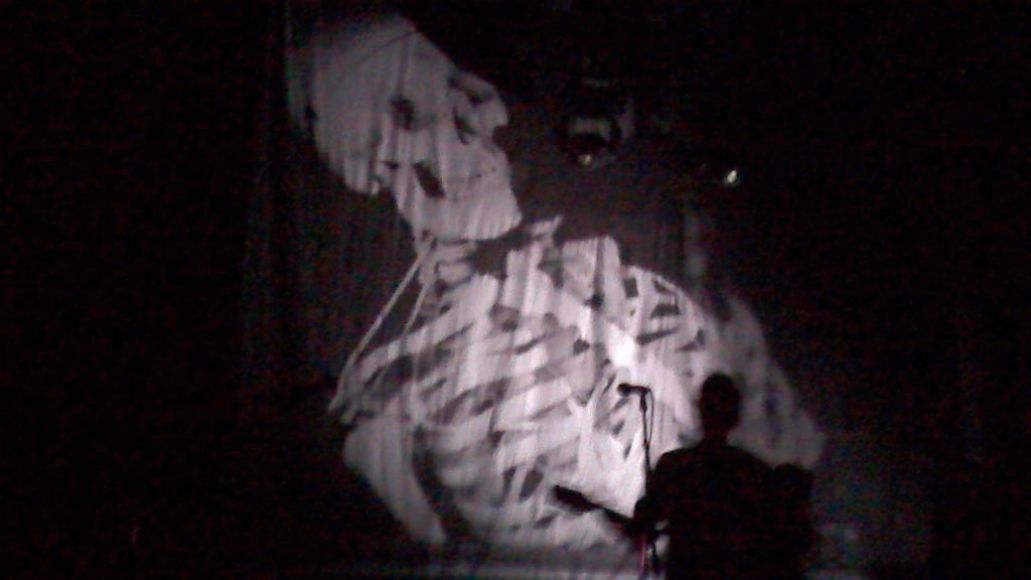 The crowd seemed to love it. From bros (an overwhelming majority) to potential clubgoers, the audience was a mound of flesh, jostling back and forth in a mid-life crisis of sweat and exhaustion. A few fans were singing so loud it seemed to bleed over Willett’s emotional vocal crawls. One highlight of the show was when a waitress managed to spill two vodka tonics on several fans, all of whom just laughed in her face. Nice touch guys, real nice.

One positive note is guitarist Jonnie Russell. His stage presence still manages to keep things going, despite not having much to work with here. He seems overeager at times, even throughout slower tunes “Every Man I Fall For” and the “Coffee Spoon”, a song Willett insisted the crowd “never heard before”, which meandered for what seemed like forever. Word of advice fellas, two words: “b-side”. Still, Russell’s jogging styled performance kept things from lulling, and it played off of bassist Matt Mausts’s stormy shuffle well. 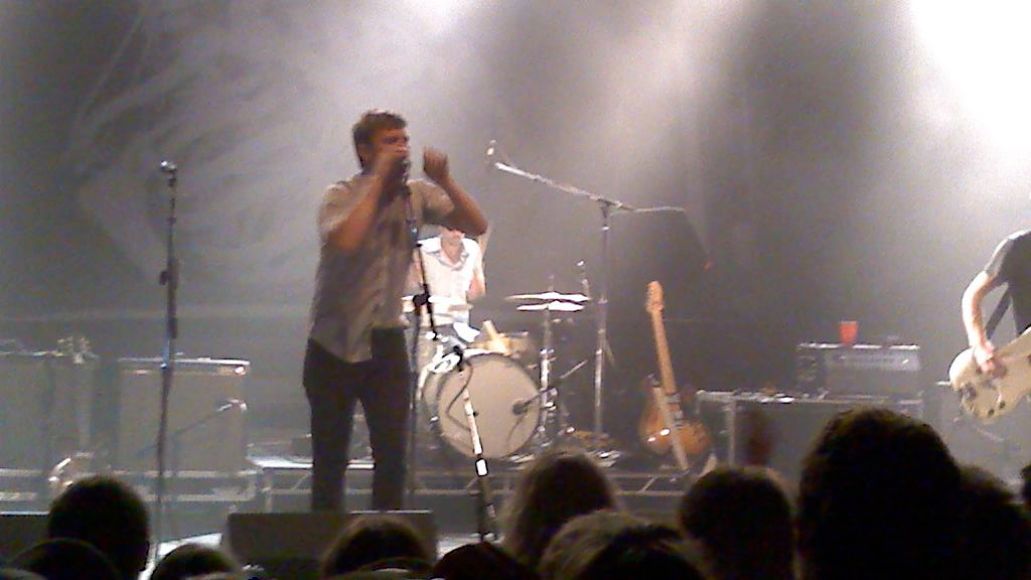 There was a pick up of activity, however, starting with the catchy, most likely to be next single, “I’ve Seen Enough”, and lasting until “Family Tree.” Amidst this period, the band brought out a bongo player for one of the band’s better tracks off the new album, “Welcome to the Occupation”, a song Willett introduced as, “the inevitability of hating any job no matter what it is.” It was during this track where the band felt back to form, only falling rather stoic again with “Hospital Beds”, which is odd given the song’s notoriety with the crowd.

What’s insulting, yes insulting, is that despite another album under their belt, the band kept to a short hour and ten minute performance. Ironically, that’s pretty much how long they played the year before, and that was with only their debut, a handful of EPs, and rough cuts of today’s offerings. It’s as if the band couldn’t wait to finish, which really appeared to be the case with the usual live staple, “St. John”.

“Usual” is a good placement term for describing this show closing tune, which used to rape venues and audiences in activity and ferocity. Only the contrary here, as the Kids seemed to slide through it, squeezing out some “freeballin'” instrumentation which paled weak in comparison to the former shows, in which various band members (including members from the opening band) took on some form or role to create sounds and what not with bottles, tin cans, and tambourines. 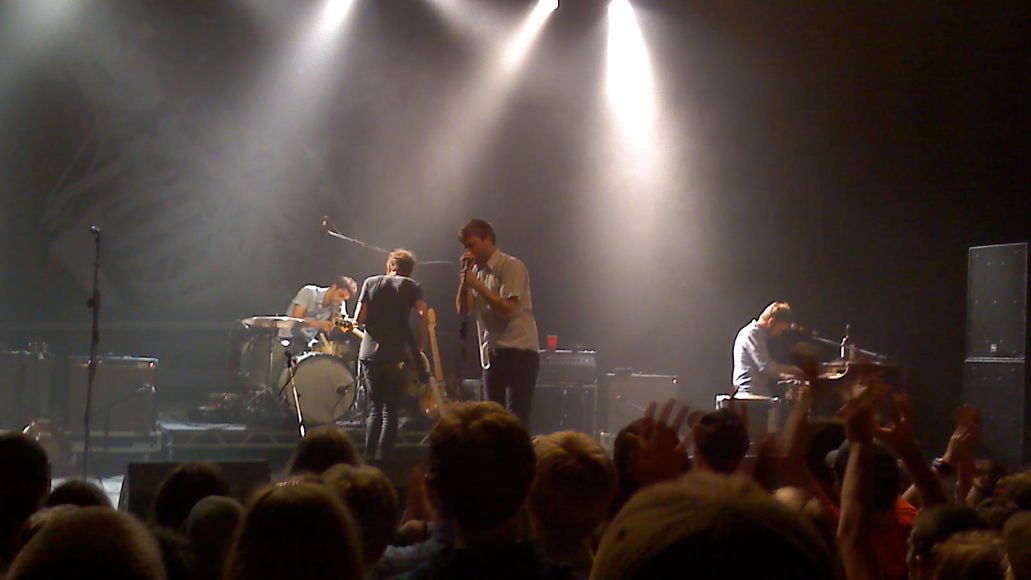 It’s that last song which sent the message clear. This is a band that’s either going through the motions or rapidly exhausting themselves. While a tour is obvious, especially in support of a record that hit shelves only weeks ago, it’s not doing much good to their name. The former stage handlers are nothing more than a flash in the pan, a quick fix for a weekend go getter. That’s not what they aimed to be two years ago, and certainly not what the fan’s should expect, either. No, Willett and his crew need to refill some and reach the water mark they set out for themselves not too long ago.

Only then will it be most satisfactory.

Set List:
Every Valley Is Not a Lake
We Used to Vacation
Mexican Dogs
Something Is Not Right With Me
Every Man I Fall For
Robbers
Coffee Spoon (New Song)
I’ve Seen Enough
Hang Me Up To Dry
Relief
Dreams Old Men Dream
Welcome to the Occupation
Family Tree
Hospital Beds 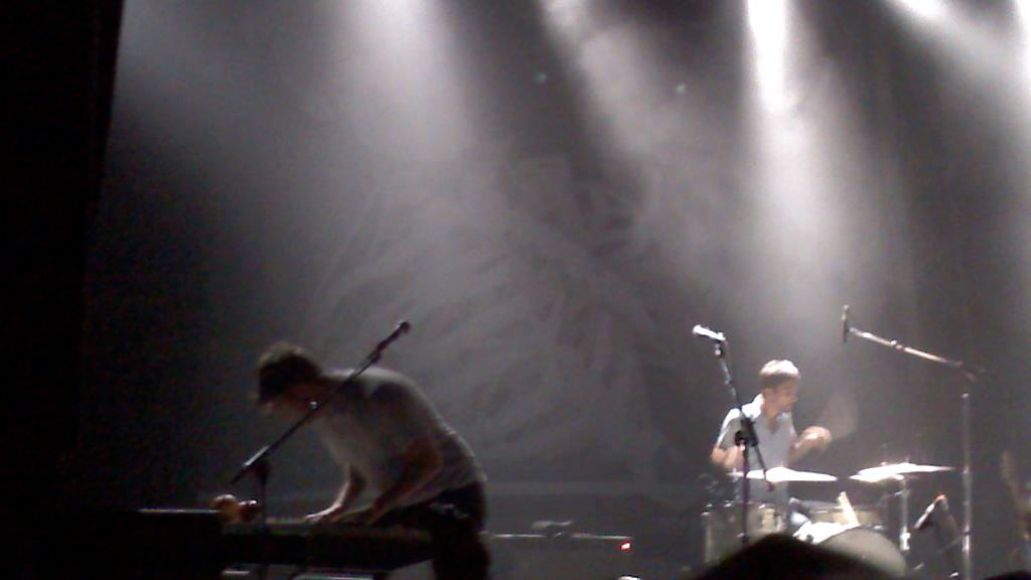 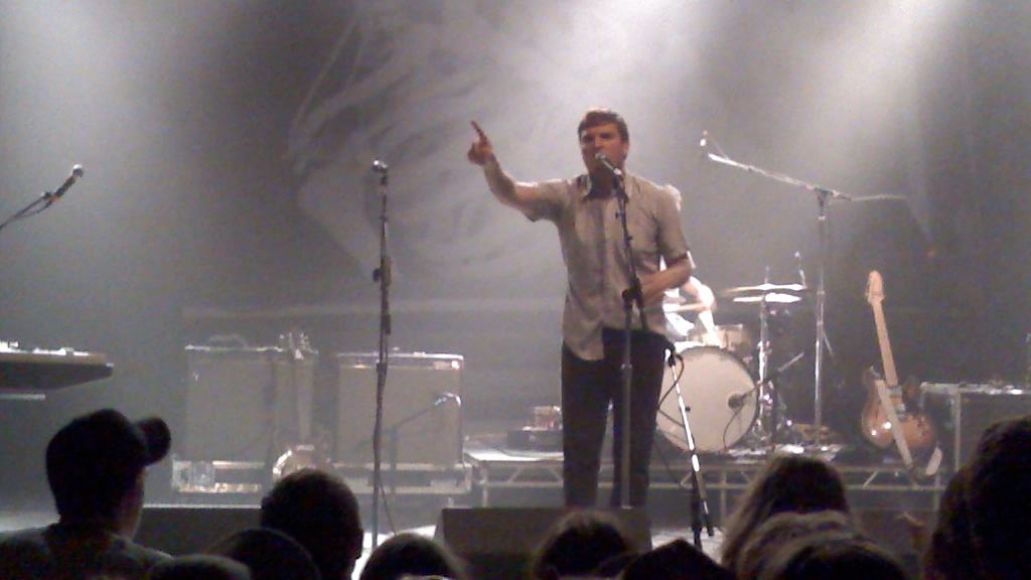 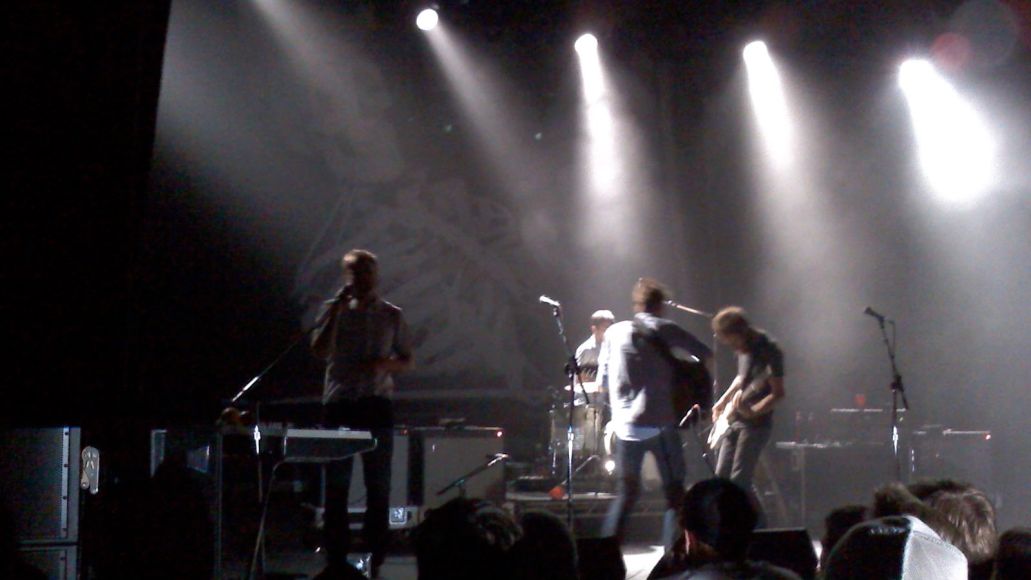