With the up rise of computer technology, the year 1999 was marked as a year of fear. Fear instilled by press coverage, media speculation and government reports that believed in a conspiracy theory called “Y2K.” People were brainwashed left and right with all kinds of nonsense about a potential apocalypse causing the death of all computer technology and were instructed to stock up on water and food.

As the world neared its end, Nine Inch Nails finally released its long awaited third album, The Fragile, but something just didn’t click. At first, the album started out with a lot of hype and media attention, even achieving #1 on Billboard’s Top 10. However, the album slipped out of the Top 10 within a week of its release, causing mastermind Trent Reznor to fund the subsequent North American Tour that year out of his own pocket.

Looking back, The Fragile is considered today as Nine Inch Nail’s best work by the majority of its fans. So what happened? Was the five year gap between the successful The Downward Spiral and The Fragile responsible for its plummeted sales or were we just not ready for it?

Back in 1999 The Fragile received a fair amount of praise, but a large majority of critics were not as receptive about it. Pitchfork Media, being among them, gave the album an extremely low rating of 2 out of 10, claiming that the album had “overly melodramatic lyrics.”

The album is definitely dark, that’s for sure, but it fit 1999 so well that no one even noticed. Followed by aggression and depressing undertones, The Fragile seemed to reflect exactly how the world was feeling about “Y2K” and impending doom. Continuing the plot of The Downward Spiral and, according to Reznor, carrying “a theme of things falling apart,” The Fragile forced people to face their fears and see the jaded world around them in all its agony and despair. 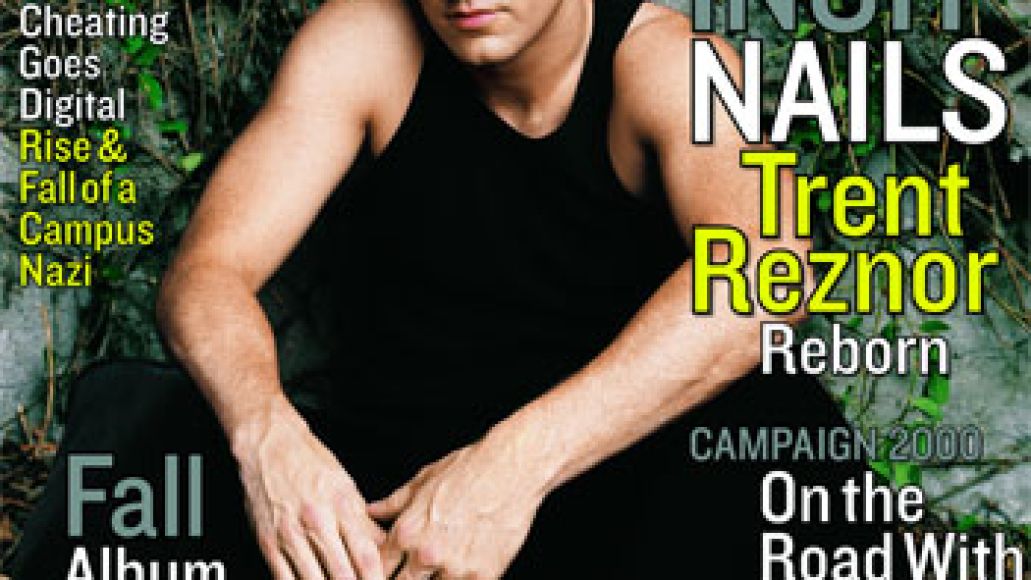 h themselves on this album. The band may not have been as brutally heavy as they were on its past releases, but the music carried the same feeling of self-loathing and despair that led you right inside Reznor’s soul as he vented his alienation and misery into paranoid studio hallucinations, each track stacked with overdubbing to the point where there wasn’t even enough room to breathe.

Reznor described The Fragile in a 1999 interview:

“There’s a general theme to the album of systems failing and things sort of falling apart. In keeping with the idea of making everything sound a little broken, I chose stringed instruments because they’re imperfect by nature. Although it may not sound like it, most of the album is actually guitar – and that includes the orchestral sounds and weird melodic lines. When it came to instruments that I didn’t really know how to play – like the ukulele or the slide guitar – we were able to get some really interesting sounds by making the studio the main instrument.”

When Nine Inch Nails set out to shock the world with The Downward Spiral in 1994, things were a lot different. Its sound was shocking and easily trampled over dance beats with fierce machines. However, in 1999, Reznor and Co. had a lot more to show and prove with The Fragile and although they brought it, it was still misunderstood and under appreciated.

Now that you mention it, The Fragile did run a little long, right? Lasting a whole 2 hours, Reznor’s chosen shock tactic here was excess. What’s surprising is how much of a punch they packed into this recording; when listened to up close you could get absorbed in the subtle sonic twists and turns and when it was blasting on your stereo Reznor, forced your head to bang so hard it hurt.

While attacking stars like Marilyn Manson on “Starfuckers Inc.”, The Fragile proved it could be a solid concept album with sarcastic undertones as well. The album carried beautiful mellow moments (nearly a first for the band) in songs like “La Mer” that featured somber piano ballads and a back beat that was reused in “Into The Void.” To some, The Fragile carries some of Nine Inch Nail’s best moments with songs like “The Wretched” and “Somewhat Damaged” and holds a special place in every fan’s heart.

It’s hard to say whether this stellar album suffered because of the five year gap, its length, critic response, hype or from a general misunderstanding of its meaning. However, it proves that most things in life aren’t appreciated until long after they are created. Thankfully, a decade later, this album has finally gained the respect and appreciation it has always deserved.