The hopelessly 80’s sounding synth-pop band Freezepop excels at creating bouncy, dance tunes that get every true dork’s heart-a-pounding. More commonly associated with its work in the video game industry (see Guitar Hero, Rock Band or Amplitude), the Boston outfit proved they could show us all a good time while rokk-ing out Thursday night at Richmond’s “Home of Live Music,” Alley Katz.

First things first however, Plushgun kicked off the evening with fun, electronic and totally danceable tunes that got everyone super pumped for the main event. Although there was a bit of mic trouble, after a short wait, things were up and running again. To make things even more exciting, towards the end of its performance, one of the band members, frustrated by the crowd’s lack of dancing, jumped to the floor to help the audience get moving! Next up, was Boy in Static, who Sean T. Drinkwater (of Freezepop) sometimes plays with, featuring some lovely violin playing. The band played very pleasant sounding tunes that were a bit slow paced for the club’s atmosphere that night, but overall were quite enjoyable.

Initially, things were kicked off a bit late, so by the time the opening bands were finished, Freezepop didn’t even hit the stage until at least 10-10:30 p.m. To no surprise, the headliner drew in a fun and geeky crowd that was mostly under 21, adorned in multi-colored glow sticks and other cliché rave gear, who all seemed thrilled to be there. The place itself provided a quaint, homey environment, draped in old brick walls, which really let the audience get up, close and personal with the band and let the fan boys go wild! Sadly, the Duke of Pannenkoeken got caught up with his day job and couldn’t be in attendance. In his place was a good friend of the band and the sort of permanent “fill-in guy,” Seth Demastus Kennedy. Also, to make up for The Duke of Pannenkoeken’s absence, the band was kept company by Alexander Chen (dubbed “CrÃ¨me BrÃ»lée” for the show) from Boy in Static. 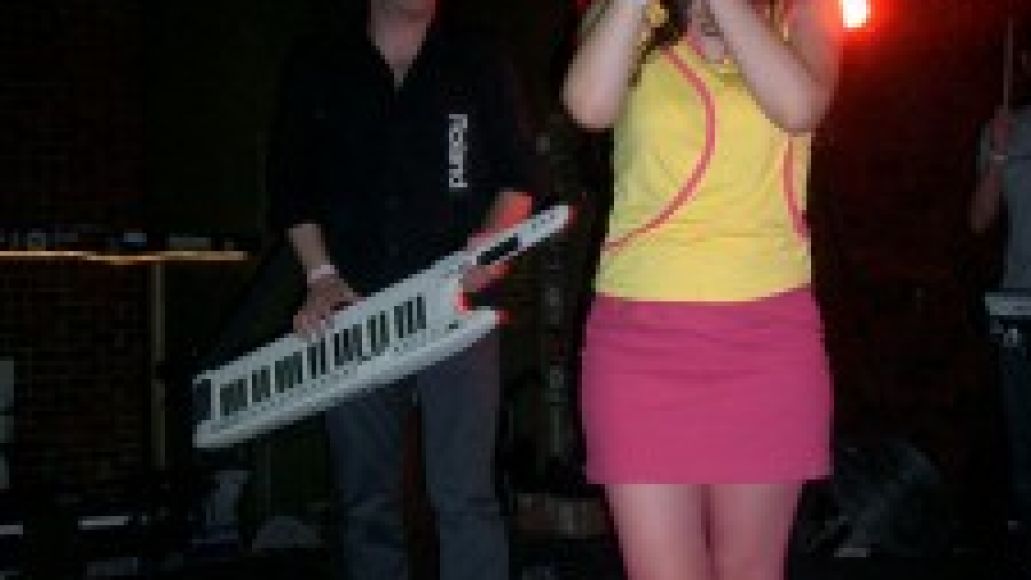 Since the venue was so personal, there was of course that one person towards the front being extremely loud, while chasing the band around with his video camera and screaming ecstatically. In fact, once the band took the stage, the fan boys went nuts over Liz Enthusiasm and hopelessly tried to get her to catch their eye as they toppled upon one another. One highlight was this kid with a Freezepop tattoo that kept shaking his head violently towards his arm, hoping they would see it!

The party got started with “Boys on Film”, which sadly didn’t initiate a wild crazy dance festival. In fact, most of the night was spent dancing in an isolated bubble, while trying to avoid the stiffs that weren’t moving around you, a totally unexpected and quite disappointing part of the evening. Ignoring the audience’s behavior, the band continued to hop around on stage, sharing the feeling that they were having the time of their lives! Liz Enthusiasm ran all around the stage bouncing around and leaning on the other members; as they played their famous keytars emphatically. A stage favorite for the band, of course, was the fan situated on the right side of the stage, where many times fans hung out by, usually with their hair blowing wildly in the wind, causing the lights behind to flicker in between their bodies.

Next up were a few older tunes, “Science Genius Girl” and “Harebrained Scheme”, and you could tell the crowd was anxious to hear the band’s video games hits. It was refreshing to hear Freezepop mix up the set list to include a lot of older tunes, as well as a couple from its newest album, Future Future Future Perfect, though. When “Super Sprode” came on, the band danced around wildly and during the iconic “throw your panties on the stage, no wait you’re underage” part, some kid threw a wash cloth up there! Liz Enthusiasm got distracted by this, since nothing like that had ever happened before, and took a moment to laugh it off before continuing with the song.

Then, during “Here Comes A Special Boy”, the crowd was encouraged to hug one another as they chanted, “HUGS,” tirelessly throughout the chorus and bounced around, slapping hands with Liz Enthusiasm and Sean T. Drinkwater! Right before “Frontload” came on, the band announced the release of their new EP, comprised of mostly “Frontload” remixes, that’s expected to drop on iTunes in the next few weeks. 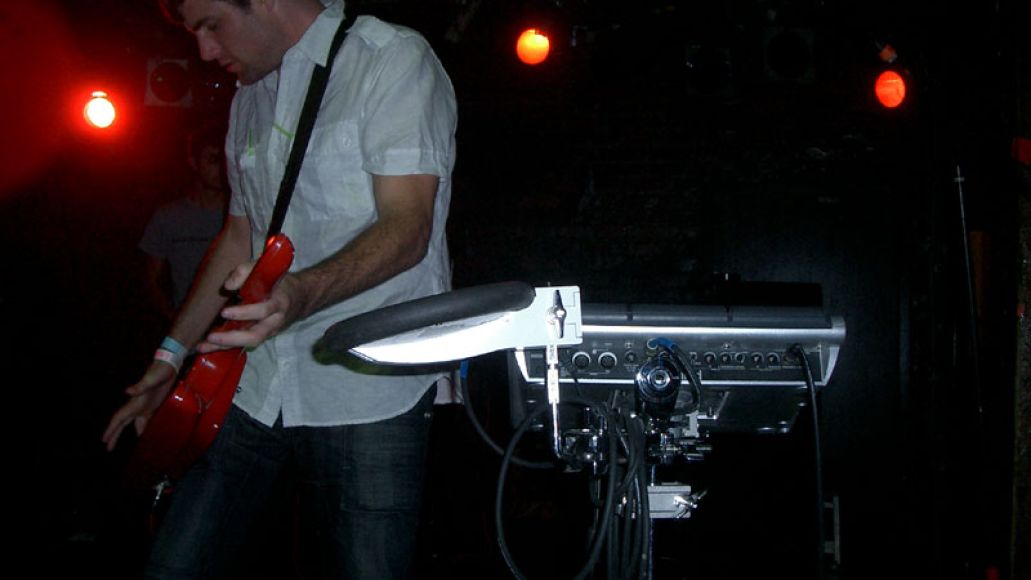 Later on, Sean T. Drinkwater switched out his keytar for a real guitar noting, “Man, Liz this thing is made of wood. I don’t think I can trust it!” This signaled the start of “Get Ready to Rokk”, which thrilled everyone and set the stage for some ridiculous solos, thanks to Sean T. Drinkwater, CrÃ¨me BrÃ»lée and Sean Demastus Kennedy at the end. Liz Enthusiasm disappeared with her mic around then and after the guys were done rokk-ing out, they announced their goodbyes and claimed, “There are definitely not two more songs we know how to play, so don’t even bother cheering us on as we drink some water back stage. This is it, the show is definitely over!”

Of course they were just pulling our leg, mumbling silly things backstage through Liz Enthusiasm’s mic and eventually came back out to play the famous, “Less Talk More Rokk.” It was both breathtaking and sickening to see Sean T. Drinkwater play the rhythm, that’s so impossible to perfect on Expert level, with such ease. And then to top things off, Freezepop shockingly concluded the show with a cover of Europe’s “Final Countdown,” (you know the iconic 80’s hit that’s played during almost every intense moment in sport history!) Looking back, it was definitely the best way to end the show because seriously, who doesn’t love that song! (I’m looking at you Arrested Development fans!)

By night’s end, it was sad to see them go, especially since they played a surprisingly short set, lasting just barely over an hour. Regardless, the band cleared off the stage to meet up with us at the vendor’s table, since they didn’t have anyone else to sell their merchandise. Everyone soon piled up by the table for photos and autographs, while members of Freezepop hung out and chatted it up with their fans! Seriously, how much cooler can you get?

So, if you just love the band, be sure to catch them before they stop touring, because there are only a few more shows left! Sadly, Freezepop almost never goes out on the road and when they do, it’s never for more than 10 shows. So get out and catch them before it’s too late! 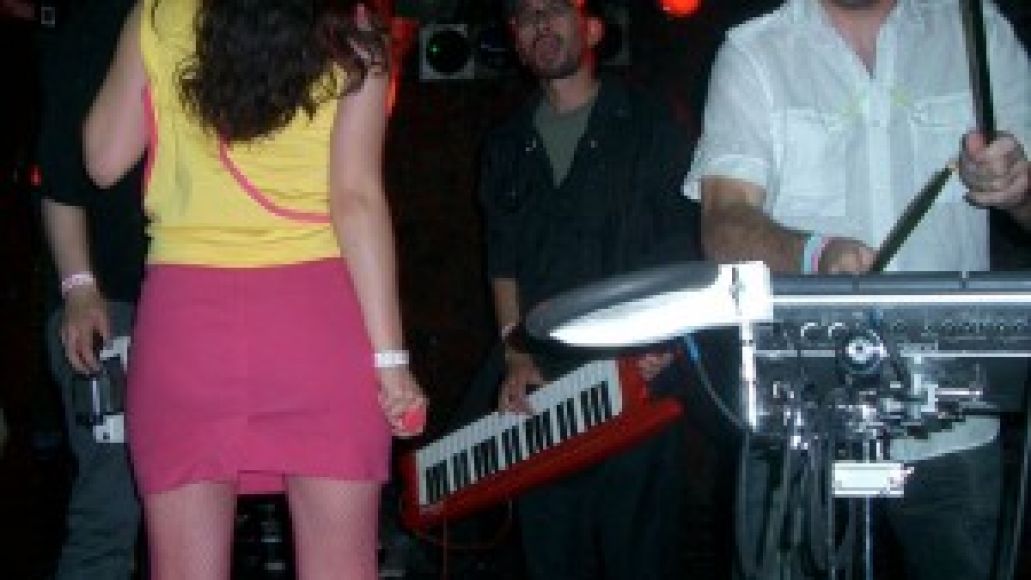 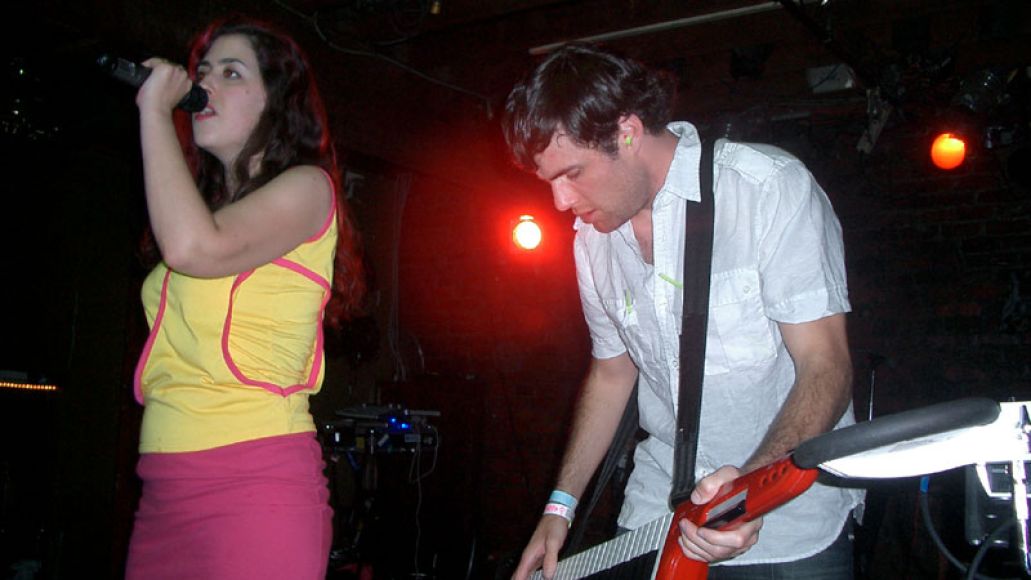 Freezepop dances its way to Richmond (10/16)