Yes, you all know Eddie Van Halen from his blistering virtuoso guitar solos and his creation of the legendary finger tapping. Of course, he’s influenced such guitarists as Dave Mustaine, Kirk Hammett, and ‘Dimebag’ Darrell (R.I.P.); however, many often fail to recognize the other Van Halen brother, Alex, for his place in rock and roll history.

Alex Van Halen belongs in the same category as Eddie in regards to his dominance of the double bass drum. While Eddie was known for his speed with his “Frankenstrats”, Alex kept up with his lightning quick hands and double kick bass skills. Following in the footsteps of his drum idols, Ginger Baker of Cream and Keith Moon of The Who, Alex would spend countless hours practicing alongside his brother, trying to match him for speed and intensity. These sessions focusing on speed and pure rock n roll lead to Alex adopting the double bass drum, which he added to his arsenal in 1977: “Alex added a second bass drum to his kit, creating a double bass tower behind which he was a monster.” With his massive drum ensemble, his brother’s alien-like guitar riffs, a loud mouthed lead singer named David Lee Roth and the calm, yet skilled Michael Anthony on bass, Van Halen took over the Sunset Strip in Los Angeles. By February 1978, the band released their self-titled debut album. This album would become a staple for 80s rock, influencing nearly every metal and hard rock band throughout the entire 80s decade.

Far long before Motley Crue, Metallica, and Guns and Roses were spreading its music across the California 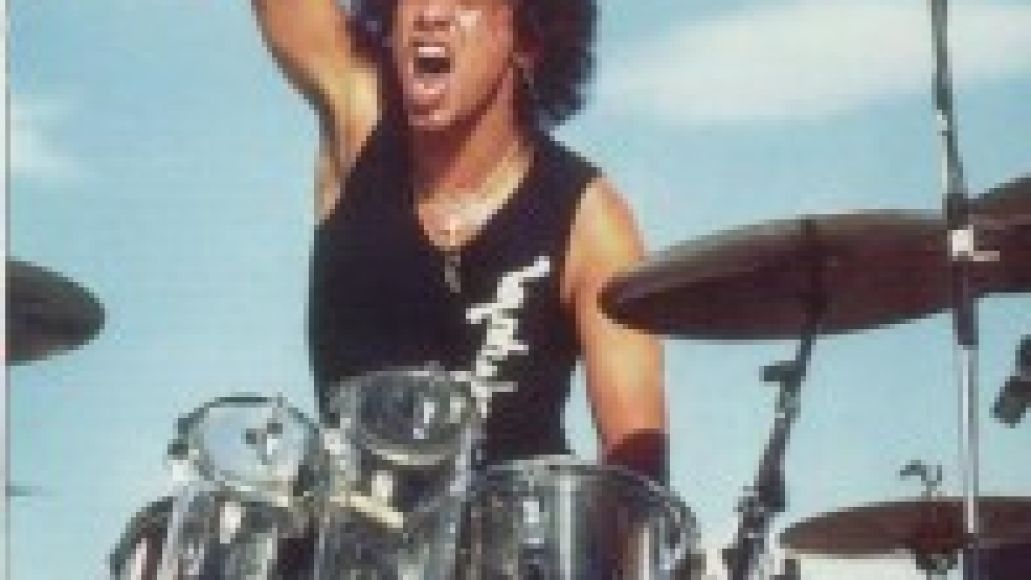 sky, Van Halen were dominating the party circuit along the Sunset Strip. In the summer of 1977, Van Halen were playing regular gigs on the Sunset Strip, at the Whiskey a Go Go, and for four dollars one could witness the might of Eddie, Alex, Dave, and Michael. Playing cover tracks from their favorite bands: Humble Pie, Black Sabbath, Ten Years After and the Shangri-Las, Van Halen were coming closer to becoming a signed rock band. Swathed in satin, dripping with sweat, and pounding out classic cover tunes, Van Halen introduced California to a new sound which reminded rock fans of Led Zeppelin’s first visit to the West Coast of America in January 1969. Catchy lyrics meshed with the Van Halen brother’s immense skills behind the drums and the lead guitar drew thousands of people to their shows. Their back stage antics and stage personas were only in their initial stages of debauchery but the music spoke for itself; thus in 1977, the band agreed to sign with Warner Bros. The story goes: “ Van Halen played it cool, allegedly signing a letter of intent on a bar napkin and then letting Warner Bros. simmer for a full twenty-four hours before delivering their reply.”

Finally, Alex could record his frenetic drum assault for the world to hear, and with his brother at his side, the young drummer was ready to conquer the world. From the opening track, “Runnin’ with the Devil,” on their self-titled debut Alex’s drums pair perfectly with his brother’s monster guitar sounds. The ‘pop’ of his snare and the ‘splash’ of his high-hat only add to one of the greatest rock chorus’ of all time. Even though their debut album lacks those strong drum solos which later albums, such as 1984 represent, Alex still displays his skill by maintaining steady beats while his brother unleashes hell to the outside world. “Ain’t Talkin’ ‘Bout Love” also became a quick Van Halen classic, with that signature guitar opening that camps out in your brain for months and Alex’s Bonham-like drum rolls near the song’s ending; pure 80s rock magic. 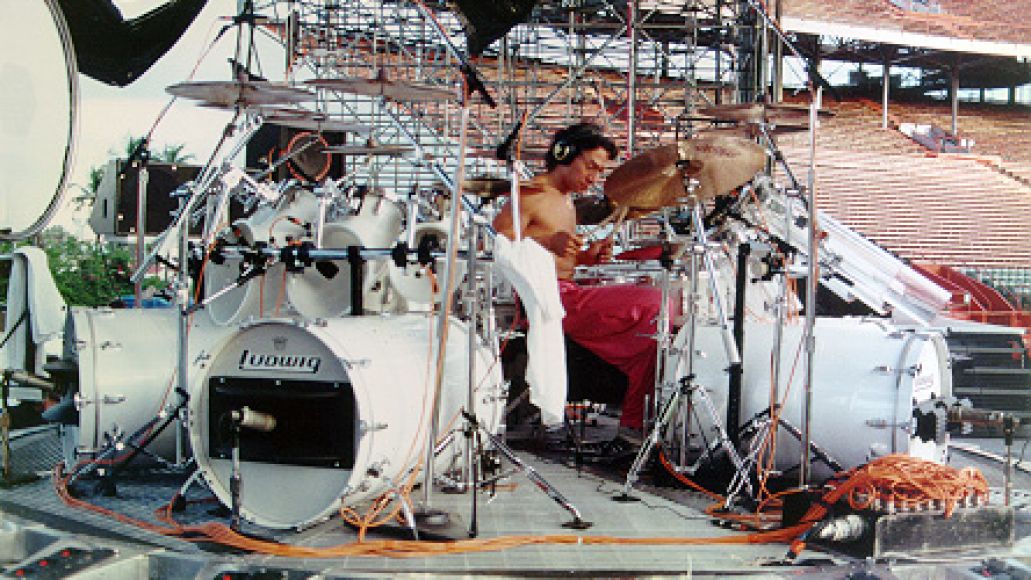 Thumbing through their debut album, one will be amazed that Alex was only 24 years old when the album was released. Nowadays, 24 year old rock bands usually open up for Miley Cyrus, or find themselves begging for a gig via MySpace. The drum skills of Alex are astounding for that age, not to mention that his brother was a mere 23 when he recorded “Eruption.” Of course, with every young, dumb, and full of (you know what) band from the 80s there usually comes a lot of anarchy. Van Halen began the anarchy and destruction which Motley Crue and Metallica would follow. Although they never dabbled in the drug side of things, Alex and Co. would never shy away from pointless destruction, endless amounts of Jack Daniels, or ridiculous requests in their riders:

The name Alex Van Halen soon dominated damage reports issued by band management, detailing lamps that had been drummed to pieces, smashed hotel room mirrors, bathroom doors off their hinges, toilet seats found in the parking lot, telephones hanging out the window, and room service carts wrecked from Mississippi to California…In Wisconsin, the touring menagerie trashed the seventh floor of the Madison Sheraton. There were no girls on the scene, nothing but a band of California wild men set loose in the snow, tossing furniture out of a window.

In their riders, which are contracts given to promoters to ensure the band have their necessary booze, stage set-up, backstage area, etc., Van Halen became famous for abstract requests such as bowls of M&M’s which strictly forebode any brown M&Ms. Onstage their shows were comparable to a Barnum & Bailey’s circus extravaganza, employing flaming drum-sticks for Alex, abstract satin uniforms, and various blow up dolls. Copious amounts of booze were consumed on stage, Roth and Eddie frequently smoked while in stride, and Roth enticed the crowd into a riot atmosphere. With all the mayhem going on, Alex still managed to not kill himself, even though he did light his hair on fire with his flaming drum sticks. The man behind the kit was a solid rock for his chaotic brother and Diamond Dave, as is the case with all legendary rock bands the drummer must maintain the heartbeat or the beast will die.

The party continued for Van Halen, releasing Van Halen II (1979), Women and Children First (1980), Fair Warning (1981), Diver Down (1982), and the Roth-era conclusion 1984 (1984). Their most commercially successful album and arguably their best work during the Roth-era 1984 became one of the greatest rock albums of all time. Not only were the band at their musical peak, but Alex’s drums were becoming a monster of thunder and lightning. His drums were being played in nearly every garage across America. Endless amounts of kids ran to their local music stores to pick up drum kits so they could follow in their Alex’s footsteps. His solos would define how good or bad a kid was on his kit during the mid-80s. Songs such as “ Jump,” “ Panama,” and the ever challenging “ Hot for Teacher” became synonymous with the 80s generation.

The adrenaline rush that became “Panama” was an immediate hit across the world, strongly due to Alex’s heavy drum presence. That thundering snare still makes me want to buy a T-Top Camero and go speeding down the freeway with the cops in my rear-view. Sure “Panama” will always be great but by the time your ears reach “Hot For Teacher” Alex rips apart your brain with one of the greatest drum rolls ever recorded. Alex’s thunder-like double bass in “Teacher” and all of his precision drumming throughout the Roth-era of Van Halen would inspire many musicians to follow in his path.

Vinnie Paul Abbott, legendary drummer for Pantera, is often linked to Alex Van Halen. Not only did Alex have a strong musical influence on Abbott, but Abbott’s relationship with his brother ‘Dimebag’ Darrell paralleled the relationship between the Van Halen’s. Abbott remembers his first impressions of Van Halen live in a 1997 interview: “When I was a kid, when you went to see Van Halen, [they] were all over the stage. And that’s the same approach that Pantera’s had. I’d just like to see more bands get back into the energy of the music.” The Abbott brothers would build Pantera to one of the greatest metal bands of all-time with a formula similar to the Van Halens’. Assaulting double bass drums, along with rip-roaring guitar riffs combining together for stunning live 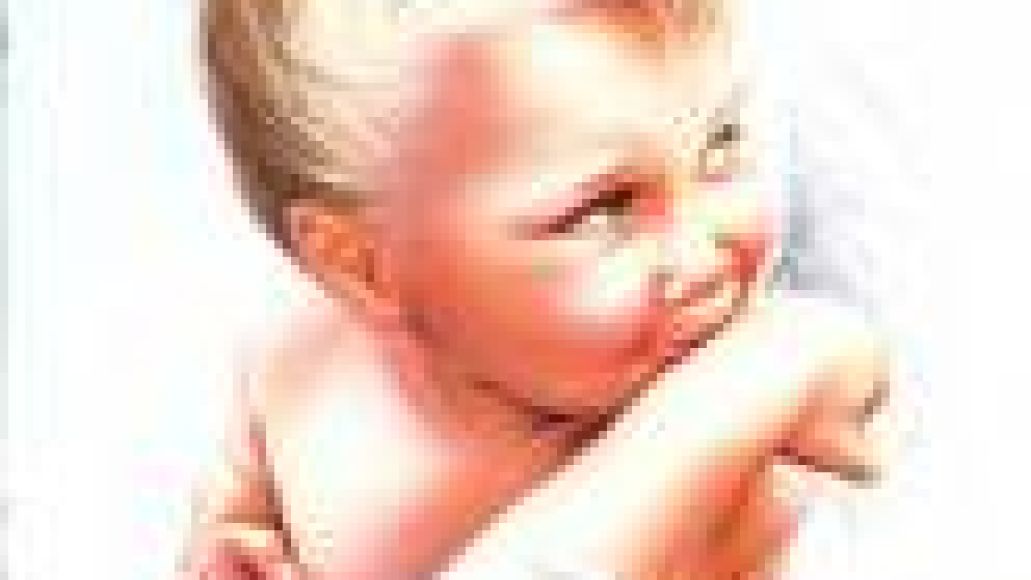 performances that would sky-rocket anyone’s adrenaline. The channelling of Alex’s drum technique by Abbott led to a mass focus towards speed behind the kit, while Lars Ulrich of Metallica undoubtedly added to the popularity of the double bass as well, Abbott stuck to it throughout the 90s when grunge took over.

Around the same time Pantera were honing their musical craft, 1986-87, the Sammy Hagar-era was beginning in Van Halen. Many will argue that a softer approach was taken with Hagar’s debut Van Halen album, 5150, however those people never bothered to listen to the album. Although 5150 is much more synthesized than Roth-era albums, the album still includes the Van Halen brothers’ musical power. Alex’s drums, for one, became louder and stronger during the 5150 sessions. Paired up with Hagar’s crisp yet raspy vocal style, Alex’s drumming found a deeper place within the Van Halen formula. Diving deeper into the typical 80s drum techniques Alex leans closer to ‘pop’ beats with “Good Enough” and “Best of Both Worlds.” Possibly the catchiest song in the Van Halen catalogue, “Worlds” still remains as a great party starter and fist pumper.

The aforementioned ‘pop’ direction of Van Halen during the Hagar-era was only a negative direction for those hard-core Roth fans, and for those who chose to dismiss the material before hearing it. This is the endless argument: Roth or Hagar? Never has a group of fans been so divided, and still to this day arguments arise in many backyards across America about Roth or Hagar. One thing for certain is the Van Halen brothers created a legacy that will never be forgotten. Even though Eddie gets most of the credit, one must never forget Alex Van Halen’s place in rock history. His energetic drumming style, unmatched stage presence behind the kit, and influences on future generations are what make him an Icon of Rock.

*All quotes taken from Christe’s book.