Sage Francis is a poet, rapper, and  artist who some believe to be severely unappreciated in the worlds of politics and music, both. It’s a shame since this Rhode Island native continually strives to influence positive change in America and abroad, while toting a hefty discography including his latest, Human The Death Dance.

Upon the release of a free download of his charitable single, “Conspiracy To Riot”, Francis and his label Strange Famous Records created a website collecting donations for what he believes is unjust. During the Republican National Convention in Minneapolis, mass arbitrary arrests were made producing a current legal battle surrounding a close friend – thereby fueling his passion. After writing “Conspiracy To Riot”, the site was established for myriad reasons, including informing the public of an abuse of authority by the Minnesota police.

Consequence of Sound’s David Buchanan was lucky enough to have a candid conversation with Francis just days before the election, and what we have learned is both constructive and at times comical. David decided to speak with the artist directly and learn more about the situation overall, his upcoming tour, the topics surrounding his career and Francis himself.

CoS: What drove you to build a website dedicated to the issue involving riots at the RNC?

SF: Well, I did my best to explain the purpose of the site and my motivations on the site itself. It’s not too complicated really, but it’s serving multiple purposes right now. Many things came together at once and the people at SFR helped put together a website… that could encapsulate them all. Jared Paul is a good friend of mine who was covering the RNC for a local publication. He was one of hundreds who got scooped up by overzealous riot police on the very first day. 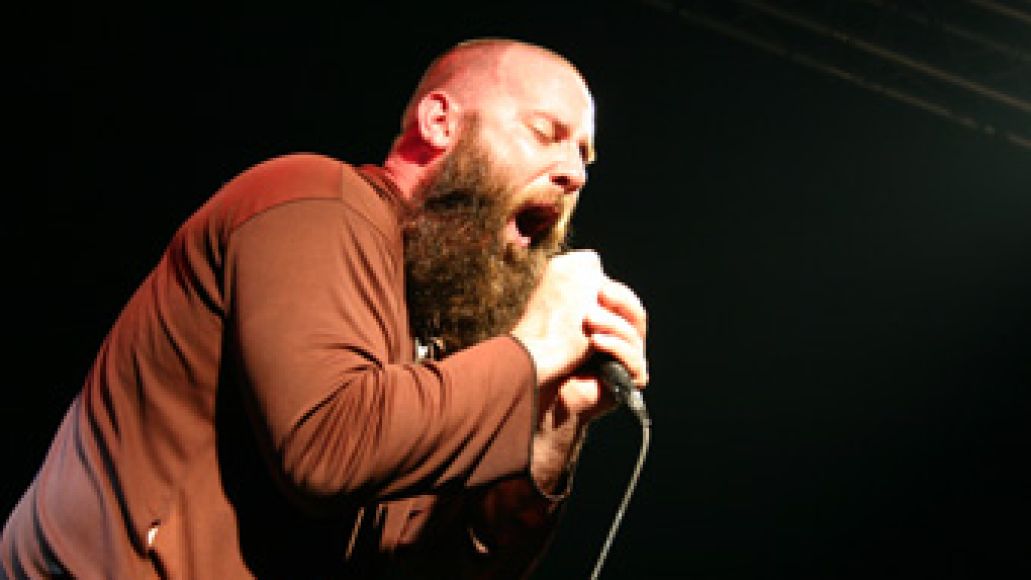 CoS: And you heard about this through Slug [of Minnesota rap duo Atmosphere], if I remember correctly?

SF: He spent the next four days in jail and he’s currently fighting his case. This takes a lot of money so the point of the website was to raise awareness about these mass arrests, the legal implications… and accept donations. The only local person Jared could get in touch with after his arrest was Slug. Slug then contacted me along with some other people. We’re entirely grateful that Slug was available at that time and willing to help out – he was just about to hit the road for a tour.

CoS: Why do you personally think the police were so eager to intervene?

SF: Eager (laughs), they were eager.  They were given money from the RNC to cover court costs, they had training they wanted to put to use, and they wanted to mute the people’s voices. This was more of the RNC’s concern, but they made sure to utilize the Minnesota Police Force as their security team. What good is power if you can’t abuse it from time to time? They flexed their big bad muscles and let us peasants know who is boss.  Well, I think they’re underestimating our outreach and power.

CoS: The unfortunate truth is that the judicial system has a knack for changing rules to suit their benefit, especially when they are at risk of being overpowered.

SF: (quoting Conspiracy To Riot) “When the hunter becomes the hunted they outlaw hunting.”

CoS: Our media outlet [is] musically oriented, but…music and politics go hand in hand these days.  Agree?

SF: Music plays its role, but it’s no good if other people aren’t doing their own thing. You can’t rely on inspiration. (laughs) I have inspired people to do things that are the exact opposite of what my intentions were – you can’t predict the winds. Music comes with its limitations and it should be viewed as an entertainment source. Art is important, but it’s not something I’m investing my faith into.

CoS: [If you’re] not investing your faith in art alone…where is it invested?

SF: I don’t have faith in many things. I have faith that I will do whatever it takes to keep my loved ones secure. I have faith that my work will put me in touch with those who have missions that correlate with my own. I have faith that there are communities of people who are working toward a positive and healthy future. I place my faith in that idea and understand that I need to stay aware of my own shortcomings while continuing to grow and learn.

As David and Francis begin dwindling on the last few days of Election ’08, David was enticed to hear Francis’s viewpoint on current political events.

CoS: One big question I had was something I’m sure you’ve heard asked many times…what do you want to see from our next President and his administration?

SF: I want to see the next President be more receptive to the needs of the people. Someone who has the ability to hear the collective voices that are pissed off and in need of change. I want that President to represent us well and not be a walking pile of bullshit. I sense an authentic side in Obama. I sense he has not severed ties to what he knows is real and important, although he’ll be shuffling through political puzzles from the time he enters office until he leaves. If he in fact wins the election, which I’m hoping for.

CoS: I hear a lot of people mocking his documented lack of experience, do you think that will be a detrimental weakness for him if he wins?

SF: Absolutely not. I believe he has a healthy understanding of what he needs to accomplish and what he needs to learn. I don’t think anybody steps into the oval office thinking, “Alright…I’m totally prepared!  Let’s do this.” I don’t care what kind of experience McCain is trying to sell to the public. The way these campaigns have played out, it is obvious to me and many others that Obama can navigate complicated matters and deal with them in a cool manner… that’s inspiring.

CoS: A lot of our readers might not be familiar with you or your work, anything you’d like them to get from this?

SF: I hope you can introduce me properly. That’s not my job (laughs).  So… I hope it turns out good. If they don’t already know me or my music then this interview will be entirely uninteresting. They should know I love them conditionally.

Sage Francis’ and Atmosphere’s albums are available for purchase at Strange Famous Records, and we highly encourage you to make a donation to their political cause at Conspiracy to Riot.