Every week my job consists of listening to new and exciting bands, then expressing my thoughts on their music. Most of the time these bands are highly skilled and a joy to listen to; however, every once in awhile I do come across an unenjoyable band. Then again, not all music excites me. With so much music available these days, one would think that the music industry is becoming diluted with too much material. In my case, being a picky music critic does not help my cause to discovering new acts. Some days, I would rather just listen to Tool or Pink Floyd as opposed to losing myself in MySpace, digging up the next big thing. So needless to say, when I do but my critic hat on and  decide to “lose myself,” it’s usually because of something quite good. This week, Dead Confederate took home the honors.

Remember this name, Dead Confederate, when you are strumming through your local record store’s collection or merely searching the internet for new bands to fill your musical void. These boys from Athens, Georgia, bring the musical goods to satisfy the pickiest of music lovers. Clearly a skilled bunch, Dead Confederate focuses its music towards a progressive melodic style. Imagine Kurt Cobain as a member of Pink Floyd, but on a lesser scale of course.

Judging by its latest release, Wrecking Ball, Dead Confederate isfollowing the right path to success. Excellent melodies, a wicked drummer, and tight live performances are the obvious characteristics of any successful band, and these boys represent all three. Jason Scarboro, on the drum kit, is fantastic throughout the whole debut album. From the first two tracks, “Heavy Petting” and “The Rat”, Scarboro’s drums carry the entire band. Not to take anything away from Hardy Morris-vocals, Brantley Senn-bass, Walker Howe-lead guitar, and John Watkins-keyboards, but Scarboro is a freak with the sticks. If you are a drummer, or really appreciate a great drummer, then you should listen to this fantastic album. 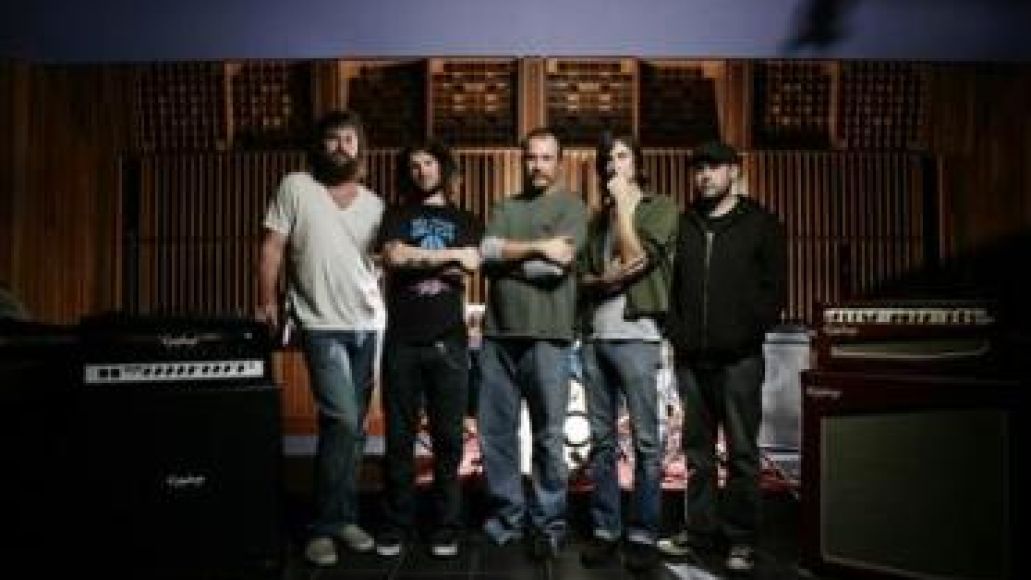 Dead Confederate’s influences are obvious (e.g. Nirvana, Pink Floyd, Neil Young), yet the band still manages to create its own unique sound. It’s tough to not think of these influences when listening to its debut album, but at the same time, imagine these three bands combined into one musical hurricane. Picture that and you will find Dead Confederate. Aside from their influences, one must remember that these modern day Athenians do have Southern roots embedded in their brains. While these roots are subtle, they are still evident in their music. Long soft guitar chords from Howe and Scarboro’s lightning snare on “Yer Circus” create a marching off to war theme which stands out.

After hitting up the Voodoo Experience last weekend, Dead Confederate now finds itself in the midst of a rather extensive North American tour. I’m positive that you will enjoy them live, and if that’s not in your itinerary, try giving Wrecking Ball a listen. It will drag you away from those bands that are worn out in your music collection.