With a name like Emilie Autumn, one can catch a vibe of innocence right? Bearing an electric violin, a spot on the soundtrack to Saw III, and a respectable discography, this seamstress’ daughter turned psych ward crooner dons Victorian-age attire and flaunts theatrics the likes of which The Dresden Dolls could covet.

As a violinist and singer, standing on stage in full cabaret make-up, Autumn has a taste for the macabre (though ironically she’s a devout vegetarian).  After a small string of EPs, she just recently released her fourth studio album titled 4 o’Clock which features the track from Saw III, “Organ Grinder”.

Also of note is her more bard-like approach to covers, with a rendition of Queen’s most wanted single, “Bohemian Rhapsody” (cue the head bangers).  Shrill violin harmonizes well with Autumn’s semi-operatic vocal range, and while not as grandiose as the original we thank her for the contribution.

Dubbed a “goth opera industrial” musician, she twists and turns through catacombs of synth, violin, drum beats, piercing voices and the ever-popular stage shows that have made her current residence of Chi-town much less shy. If you need more proof of her particularly dark tastes, her inspirations include noted violinist Nigel Kennedy, and her backing band is known as The Bloody Crumpets (at least it doesn’t reference Tampons). 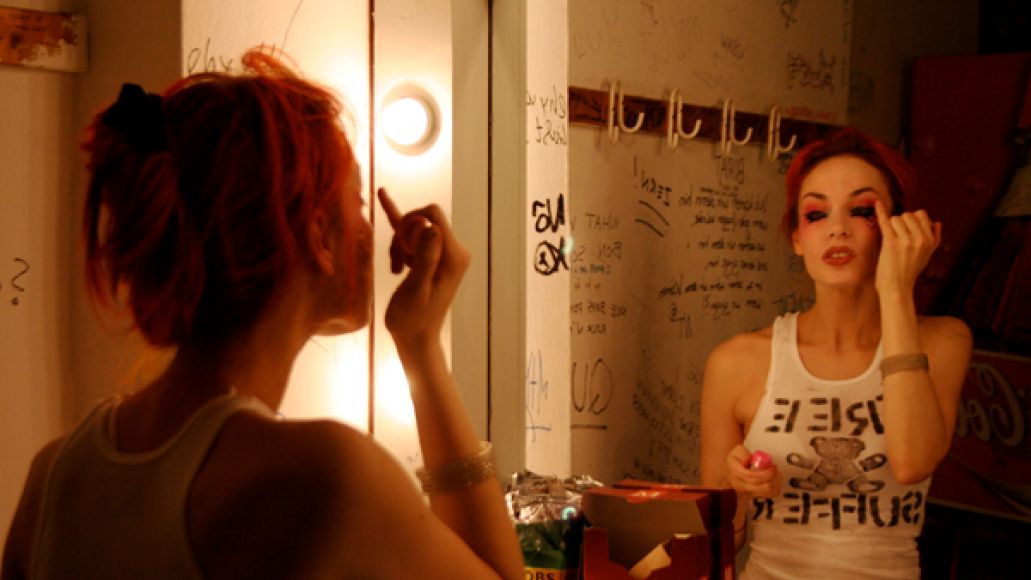 4 o’Clock was placed on shelves in January of this year, and thanks to my new friend, Nicole Woods, I was recently introduced to her music via our favorite social networking site MySpace.  If you feel the need to hear for yourself, check that out and I highly recommend tracks such as “The Art of Suicide” and “Misery Loves Company”, not to mention that very unique and somewhat haunting Queen cover.

It is somewhat disappointing that a woman of such exquisite beauty (her band mate Ulorin Vex designs her outfits), originality and epic nature were not frequently noticed outside of our morbid teenage population – hence our Listen article.  It is also sad that most of her tour dates frequent other countries, but perhaps more recognition on our side of the pond will remedy that.

Oh, and it’s suggested that you stare at her photo for a while – maybe you’ll see the ghost of gothic music.