Orchestral space-pop is how Josh Hirshfeld (mandolin, vocals), Evan Younger (double bass, lead vocals), Kieran Ledwidge (violin), Geoff McDonald (cello), Tyler Pines (drums), and Tina Kim (cello) describe the music they have been creating since 2005 after meeting at Princeton University (Kim was picked up in 2007). The name for their band, Miracles of Modern Science, is even more fitting given their self description and onstage outfits. While space pop is up for debate, the orchestral part is not.

This six-piece has chosen to push aside the usual presence of guitars and bass as the standard instruments, instead, going with classical instruments to create their unique, and at times, epic sound. This may draw some similarities to another band who made some headway a couple of years ago with a similar formula, but where this band stands out is in their song writing and creativity. By focusing on classical instruments and a mandolin, the band is able to push what can be done with those tools within a rock format. “Eat Me Alive” is a great example of this when kept to a more pop sound as it is very catchy and college radio ready. “MR2” shows the beauty of a well played mandolin and how well it can work with the violin to create a sound that is hopeful as Younger and Hirshfeld trade lyrics of longing for an unobtainable love. 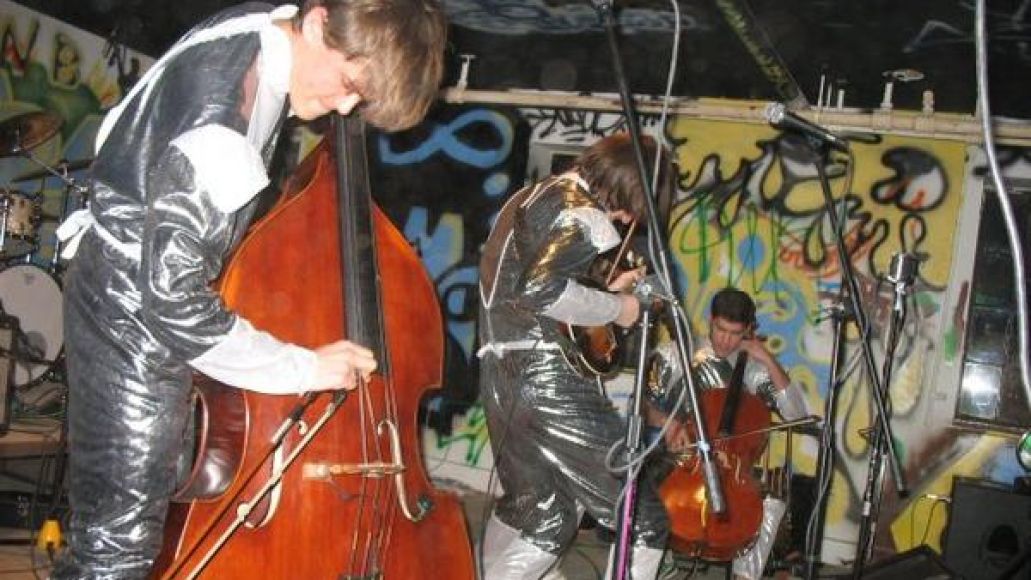 Dr. Seuss’ The Grinch that Stole Christmas, or at least the 1966 cartoon, is what comes to mind when listening to the lyrically odd, yet musically stunning “Didit”. The narrator’s voice is similar to the 60’s cartoon movie, but the story is nothing for children as it starts with the amputation of a gangrenous limb and moves on to a graphic tale of adultery. The variety of music already available for listeners helps to state the obvious, that each of the members of the band are extremely talented songwriters who can be catchy when they try to pull you into their strange but wonderful world. While Miracles have yet to release anything, a debut EP is in the works, and by the sound of things, it may turn some heads.