Let’s face it, the 1950’s were a decade of some impressive musical achievements in the rock n’ roll world with most notably Buddy Holly and Elvis Presley leading the way. However with the passing of time, music from the 1950’s has taken on a much more mysterious and creepy approach. With the help of modern horror and cinema in general, music from the early days of rock n’ roll has specifically been placed in scenes of unnerving and terrorizing situations such as the Jeepers Creepers films a few years back. Santo & Johnny’s 1959 classic steel guitar instrumental “Sleep Walk” is a perfect example of a song that carries both a whimsical, yet terrifying tone within its notes.

While the instrumental itself barely scrapes two and a half minutes, many images come to mind that form two complete different scenarios, depending on whatever way you look at it. The first that comes to mind is 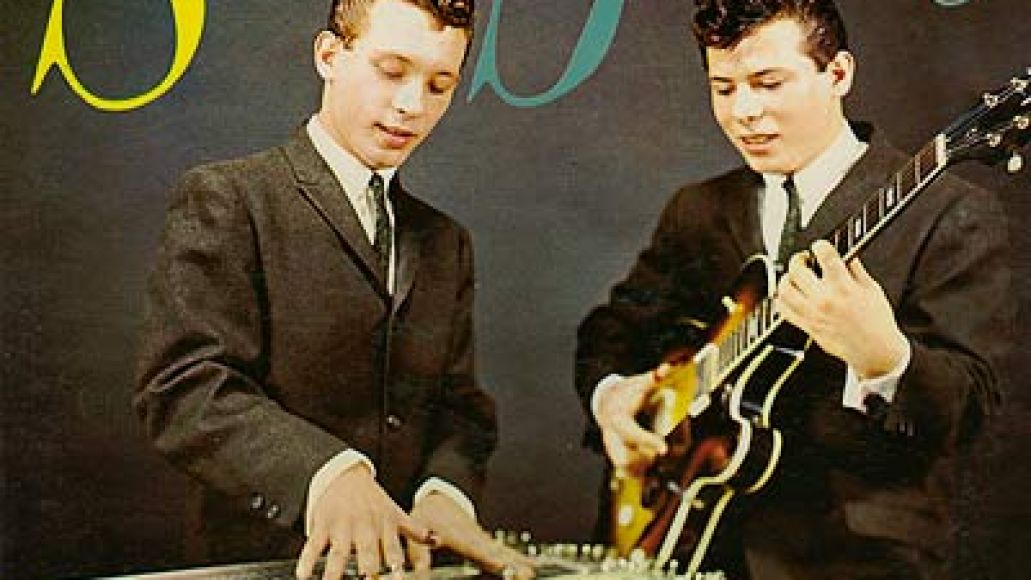 an instrumental tale of forgotten love and driving cars on those glorious summer nights spent in a time where the Cold War was on everyone’s minds. The other scenario can be seen through a much darker sieve with situations such as a foggy night complete with a serial killer and/or disturbing imagery (ie car crashes, kidnappings, etc). Either way as described above, this chilling two minute 1959 classic is still used to this day in both radio, television and film. A perfect example would be the film 12 Monkeys. You’ll know exactly what I’m describing if you’ve seen the movie and if you haven’t, shame on you! Ha, only kidding.

So will it be milkshakes or machetes? Either way, “Sleep Walk” is that rare double edged musical zeitgeist that is unanimously 1950’s, but still holds up in a modern day setting while also appealing to both the happy smiles and the terrifying screams. Enjoy your dose of musical ear candy straight from the soda fountain! Happy hunting.