I’d wager to bet that most our readers here never had the chance to catch Nirvana live, myself included. As a self professed fan (just ask about my tattoo), it’s one of the major disappointments in my life that I’ll never be able to experience what it was like to see Kurt Cobain in person. There’s this dynamic about him, this energy that radiates around him. The same energy that culls millions of new fans a year and detractors such as my father who 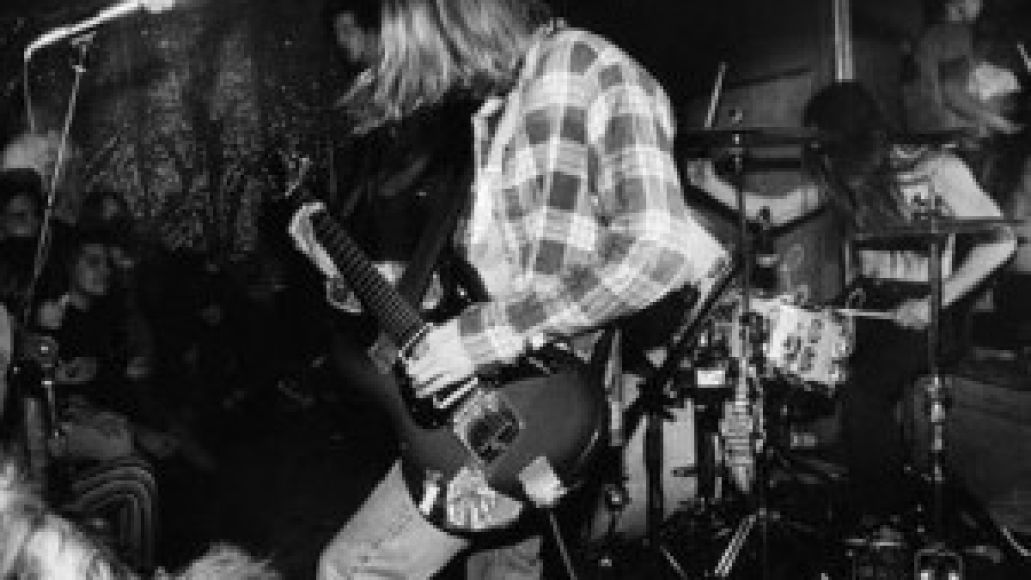 Whatever you may be, you might be interested in catching this live performance at The Moon (some dive bar in New Haven, CT?), dating all the way back to 1991, when times were so different (e.g. Iraq war, a Bush in office, and Oliver Stone making movies). This particular video is interesting because it’s from the fan’s perspective, it’s dated just before the band broke out “big time”, and it’s really fuckin’ raw (said like a WWE fan, folks). In all honesty, it’s something Courtney Love should have put on the box set DVD.

Within the lofty forty-one minute video, there are some shining moments here, such as a heavier perspective on “Jesus Doesn’t Want Me For A Sunbeam”, a rare cut of “Here She Comes Now”, and one of the earlier performances of “Smells Like Teen Spirit.” So, all in all, a good gift for Nirvana fans worldwide, who are still kicking their shoes at the ground, bored from the With Lights Out box set, and wondering what “could have been.” So, clear an hour folks, it’s time to go back in time.

Don’t forget to grab that flannel!