There has been a shift lately in the musical demographics here in the rocky mountain state of Colorado. It was not that long ago that if you wanted to see a band you would have to travel to one of Denver’s assorted venues, be it the Fillmore or the Gothic. In the summer you would find yourself in the majesty of Red Rocks Amphitheater, but in the winter if you wanted to see a big name, you had to grit your teeth and deal with the Pepsi Center, or hope your local ski resort had the wits to book a show. The city held a monopoly on the live music scene, and while it still does in the winter time, during the warmer months, artists are starting to take notice of the many small mountain towns around the state that are hungry for live music. One of these towns has fully embraced this, filling its venues every weekend on top of hosting three internationally known festivals.

Telluride, Colorado is one of those small towns that has gained the reputation as a go-to place for legendary bands touring during the summer and fall months. While the town itself is no secret, the thriving music scene that grows during the warmer months has become Colorado’s best kept secret. The musical history is long, however, it’s not the bars and the one theater that are the pride of this town, it’s the Fred Shullman Memorial Stage that holds the biggest memories. While most outdoor venues are either amphitheaters or temporary structures in a field, Telluride Town Park combines the two, placing a large permanent stage on an open field, perfect for a day of relaxing, or waiting for a nighttime show.

As you cross a bridge into the park, small aspens and other alpine trees that have been craft fully lit up for 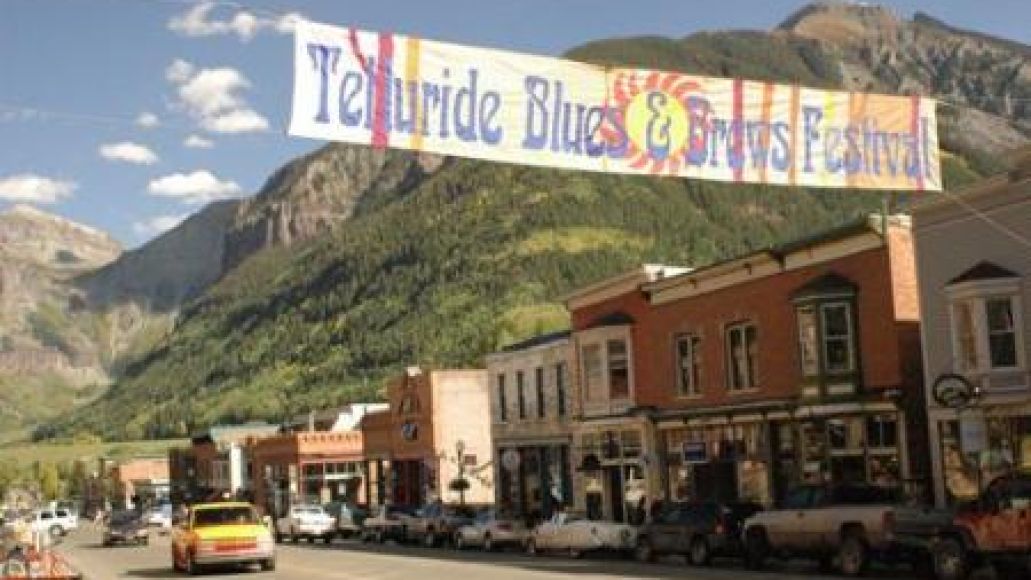 the night surround you. Once in the park, the land opens up to reveal again the view of the tall sharp mountains that top the canyon in which Telluride rests. You become enclosed in the setting, seemingly cut off from everything as nothing else matters except for the stage at the other end of the field. In the summer, the days are hot with no humidity to block the sun at 9,000 feet. In the fall, the days and nights cool off dramatically, although it is not unusual to see snow, even year round as campers woke up to the fluffy white stuff this June as well.

Built in 1991, the Fred Shullman Memorial Stage has been home to countless concerts, but where it really shines is during the three annual festivals held in June and September. Now, in what will soon be the 36th installment, the mid-June Telluride Bluegrass Festival has become the home for live roots based music ranging from classical bluegrass such as David Grisman, to indie folk favorites Wilco and The Decemberists. Earlier in June, the Telluride Jazz Celebration has been taking place every year since 1977. This year’s bill welcomed Dr. John and the Neville Brothers to headline the event. It is September’s Blues and Brews Festival that is the cherry to the summer sundae, capping the season off will cool nights and endless blues, rock, and soul. This last year marked the festival’s own anniversary as it celebrated its 15th year with some help from Gov’t Mule, Etta James, and John Haitt. But did it top 2001’s headlining performance by James Brown or how about 2003 with Allman Brothers, Joe Cocker, and Buddy Guy? The debate is always open.

While a Denver stop on a tour is almost mandatory, a stop in Telluride is one out of love and appreciation for the fans. The artists who make the effort know how special the event is. With a history of performers and collaborations that would all be the wet dream of any organizer, a few notables must be mentioned. It was just last summer on July 21st that Bob Dylan decided to stop by with My Morning Jacket for a night that would go down in history. Phish and String Cheese Incident have a long line of live recordings from the old stage, and this year alone saw Ryan Adams and the Cardinals and Arlo Guthrie. Every note played in those mountains and on that stage will always be a once in a lifetime event. The fans know this, but so do the bands that play the weathered wooden stage time after time. There is nothing else like it anywhere, making it one of the most unique and beautiful places to see live music in the country. Oh, if the walls could talk. 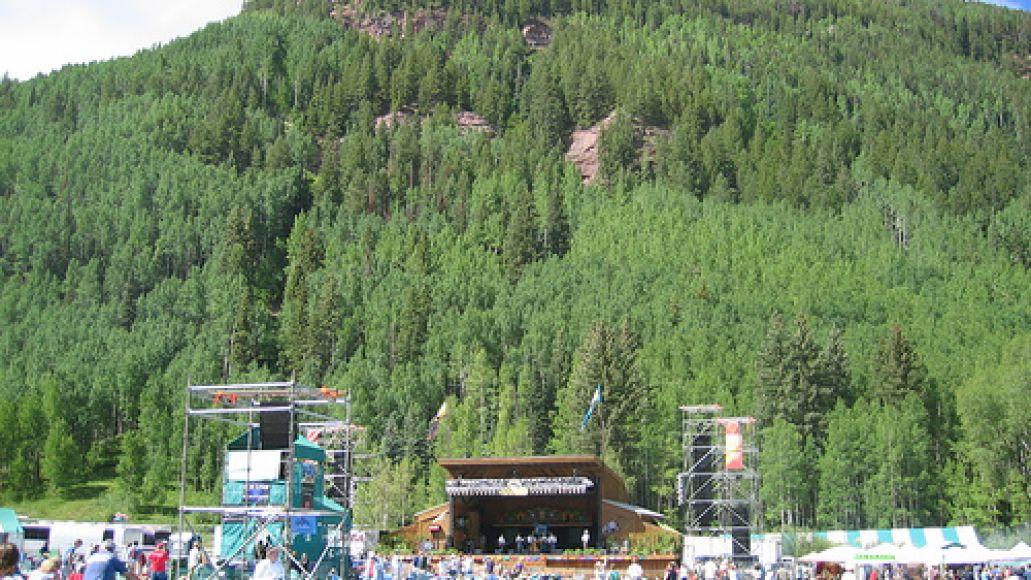