Any band that rivals the censors has my vote, and Nirvana did just that in 1992 at the MTV Video Music Awards. Set to perform that night in front of thousands of screaming teenagers, Kurt Cobain, along with bandmates Krist Novoselic and Dave Grohl, decided to pull a fast one on MTV by introducing the first line of “Rape Me” before running straight into “Lithium”.

Not as mood-setting as their Unplugged performance but just as memorable, the sweater-led bad boys of 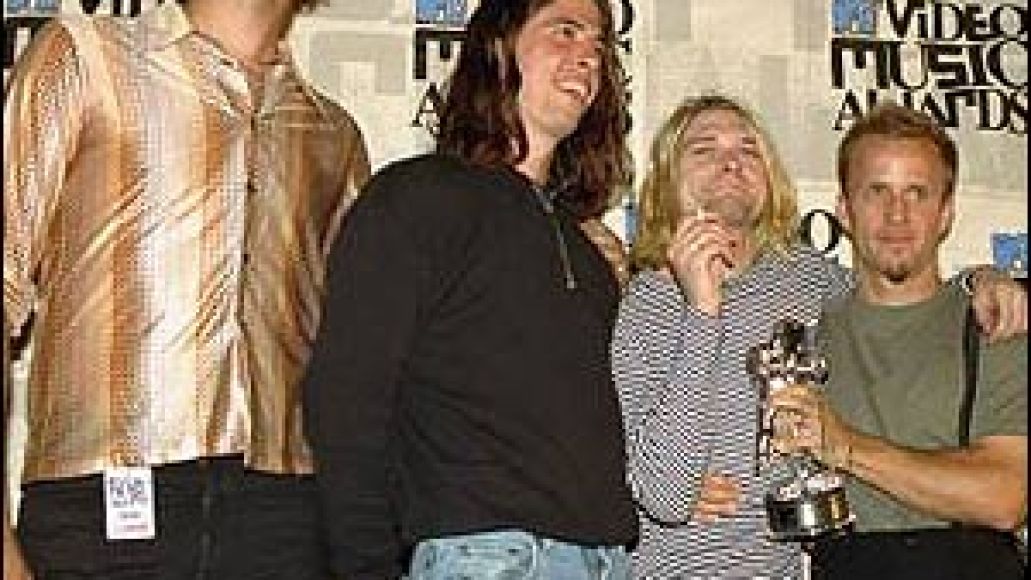 grunge are known for defying radio trends. With controversy from an anatomical collage album cover on In Utero to the nationally televised death of Cobain, ’90s music was always changed somehow, even if only through the media.

The fact is, we can set aside all speculation involving his death, all warfare involving the late frontman’s former wife (Courtney Love), and all the bullshit in general and instead, remember that while there are those who label Cobain as either martyr or tragic loss, we all know the impact Nirvana had on alternative rock.

So without further ado, here is a greeting for Chinese Democracy fans from Dave Grohl himself: “Hi, Axl!”