It wasn’t a blizzard by any means, but last night Chicago saw some snow. Instead of watching it in awe, most of the Windy City residents stayed inside, probably relaxing on a couch and under a blanket with cocoa. However, the select few that did go out, witnessed empty streets and a lulling silence that seemed eerie. Not quite exactly the mood or setting for one Brian Wilson, but everyone under the gold tapestries of the Chicago Theatre didn’t seem to mind.

In fact, they didn’t really care to do anything. Sitting in their thick, puffy jackets and balmy hoodies, the hundreds of Chicagoans that made it out on the wintry Sunday night were a bit lethargic. They seemed to be in a deep slumber, mumbling incoherently to their loved ones, all the while, cupping a cold beer. It was an odd juxtaposition to be surrounded by this, amidst the gorgeous theater, and the former Beach Boy, who was kicked off the set with the bouncy, sunny “California Girls.” 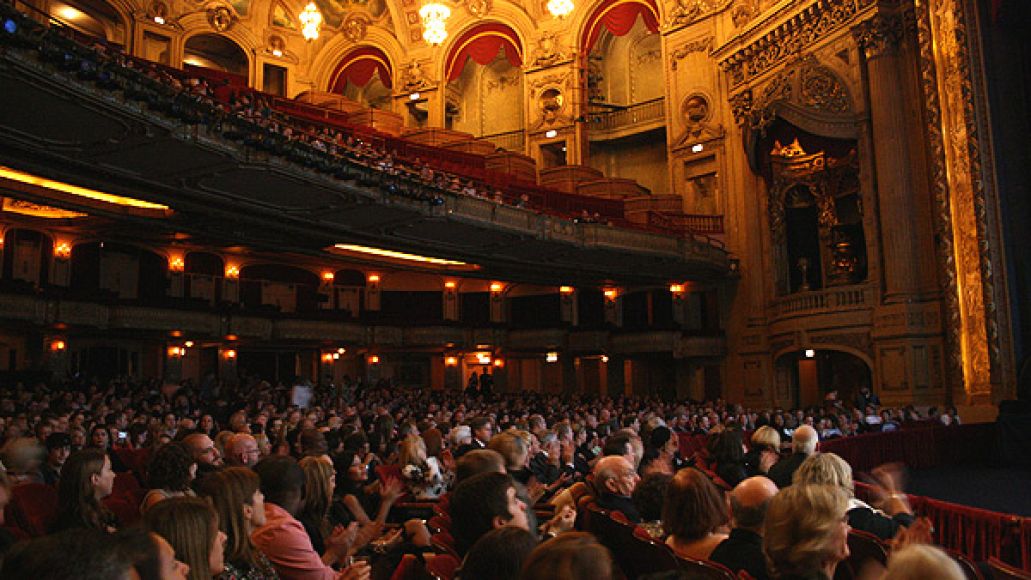 It’s a rarity when Wilson is more uppity than most in the room. The typical recluse has never been one for the spotlight, but he had little competition with the Chicago crowd. As for his supporting band, which at one point during the set sported over twelve members, they were exceptional in their own right, but the focus was always on Wilson and with good reason. He’s one of the few legends left these days, and considering he’s spent sixty-percent of his career tucked away in studios and various Malibu homes, it’s a genuine gift to see him out and about, let alone on stage. When he walked out, wearing a rather somber black get up, he announced, “We’re hoping to give you a good show. There are probably better shows out there, but we’re going to try our best tonight.” Needless to say, he’s still a modest guy, even if he once thought his music caused fires in California. 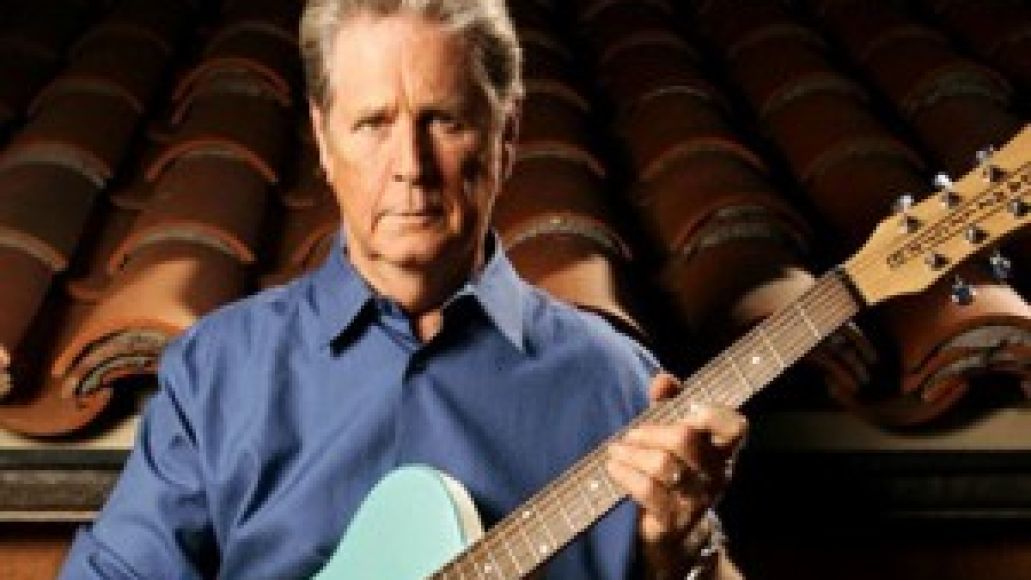 The show was interesting, to say the least. For one, it was in sections. The first set focused on The Beach Boys’ spanning discography, featuring all the songs Wilson penned himself. This was a joy, even if a good few of the classics were originally sung by Mike Love. These are Wilson’s songs and it shows. When the songwriter wasn’t singing, he was conducting, swaying his arms left and right from behind his keyboard. His mind was working, and even forty plus years later, it still seems like he’s working them out. Sure, hits “Dance, Dance, Dance” and “Catch A Wave” were fun, but the most memorable moments came when Wilson sang the melancholy charmer “In My Room” and the few cuts off of the epic and life changing Pet Sounds. The first set’s finale featured a four punch knock out (“Wouldn’t It Be Nice”, “God Only Knows”, “I Get Around”, “Good Vibrations”) and fortunately by this point everyone was on their feet and at the very least… shuffling.

Twenty minutes passed in the “quaint” intermission. Light instrumentals of the Boys’ back catalog, many of which that had just been played, floated over the crowd from the house P.A. It was a bit of a novelty in itself, but certainly kept the mood up. When everyone returned with more beer and little packets of popcorn, the lights fell down again and Wilson lead his crew back on stage. He gave warning that he was about to play his new album, That Lucky Old Sun, in its entirety and that any applause would be unnecessary until the end. 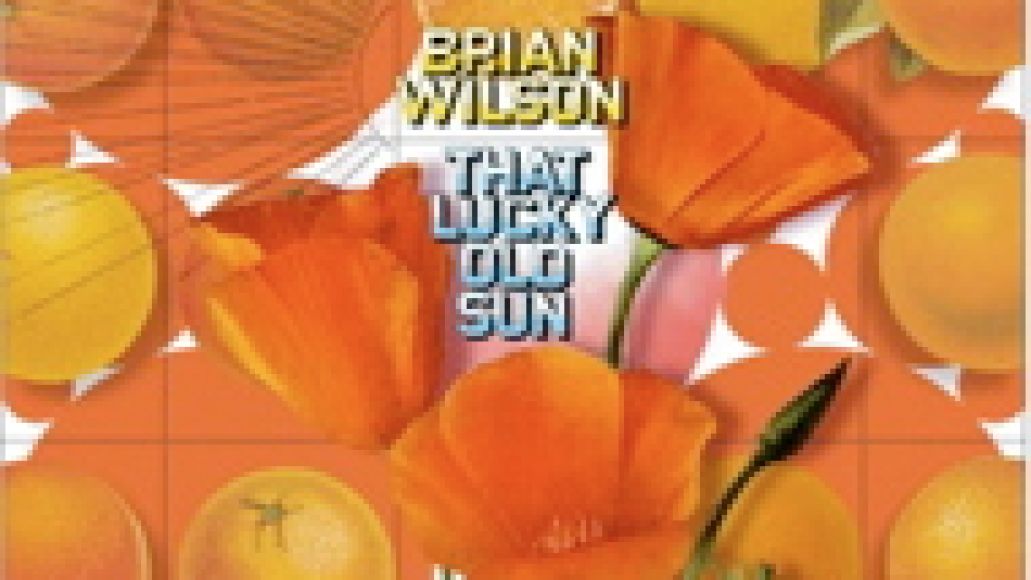 Behind the band, a screen lit up and various visuals, all showcasing a rather youthful and more innocent Los Angeles, danced with the music. The harmonies were out of this world in the titular album opener, and by the next track, the lofty and fun “Morning Beat”, it was clear these were the songs the band felt comfortable with. Everyone sort of came alive, including the infamous songwriter himself, and not once did they stop. Wilson’s monologues, which are interspersed through the record, offered the singer some relief, but even then, it was quite an ambitious performance.

The visuals that accompanied the album’s sprawling storyline were very welcomed. Some of it became a bit sentimental too, especially when snapshots of the Wilson brothers passed by, which inevitably earned some applause. Fans were casual with the new material, hardly clapping along, yet absolutely enthralled. During “Midnight’s Another Day”, inarguably the album’s finest song, Wilson’s vocals reached higher and higher, almost touching the balcony crowd, and when he segued right into “Going Home”, everyone quickly jumped to their feet and danced along, clapping until the performance (and album) finished.

One would think that this would be enough, but the sixty-seven year old surfer-turned-songwriting legend came back for more. This time, he was cleaning house with the remainder of his former band’s infinite catalog. After an awkward and rather forced cover of Chuck Berry’s “Johnny B. Goode”, the 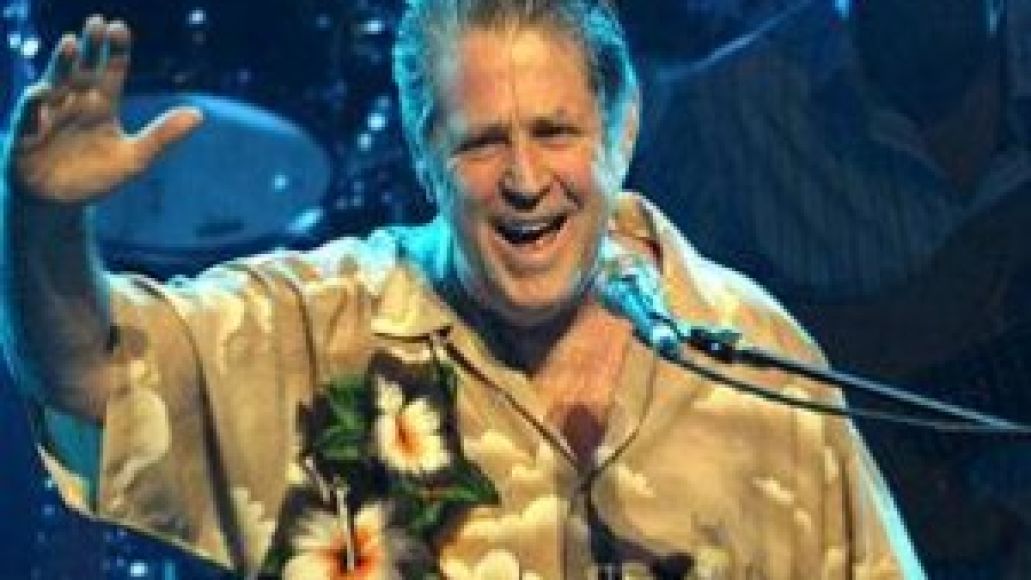 hits kept coming, paddling out with “Help Me Rhonda”, riding on “Barbara Ann”, coasting by with “Surfin’ USA”, and swimming back ashore alongside “Fun, Fun, Fun.” People danced, swayed, and just went wild. It wasn’t exactly the beach party that his “other half” exhibited at last summer’s shin dig at Ravinia, but it would do.

Though it wouldn’t be a Brian Wilson show if he didn’t play “Love & Mercy”, and after the entire band exited stage left, he played the “lesser known” classic, which originally debuted on his 1988 debut solo album, Brian Wilson. He stayed true to form and even if he seemed a bit sluggish by the end, the emotion was raw and vital. When he waved goodbye, the audience responded by leaving. There was some applause, but all in all, the shoddy audience made what should have been an epic performance a semi-snooze fest. Playing the devil’s advocate, however, the snow and cloudy day didn’t necessarily scream, “Brian Wilson concert!”, either.

(Editor’s Note: Special thanks to Phil Miglioratti, of Pray For Surf, for the updated set list.)

Set 1
California Girls
Girl Don’t Tell Me
Dance, Dance, Dance
Surfer Girl
In My Room
Salt Lake City
All Summer Long
Please Let Me Wonder
Add Some Music to Your Day
Don’t Worry Baby
Do You Wanna Dance?
Do It Again
Sail On Sailor
Marcella
I Get Around
Wouldn’t It Be Nice
God Only Knows
Good Vibrations