Damn, the Japanese have got this technology thing down. Despite the fact that their economy is yet another to fall into the global recession, this hasn’t stopped our friends across the globe from dishing out some new and exciting stuff. It’s newest and most exciting? This.

If you didn’t get a chance to catch one of Radiohead’s breathtaking live shows this summer, now you can…sort of. This application/widget/who the hell knows allows users to essentially control their own version of a live performance of “15 Step” with  12 different camera angles to choose from. 12! If my math’s correct, that’s almost 3 cameras for each member.

The page opens to a loading screen that recreates the feeling of waiting for the band to take the stage, and 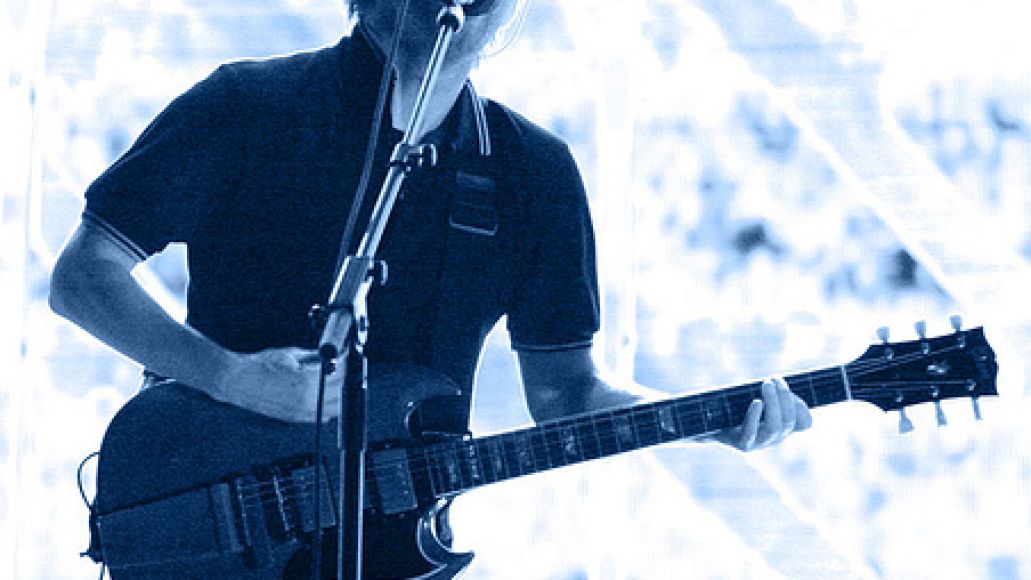 let me tell you, it is pretty spot-on. Once loading is complete, the band’s intro music begins and Radiohead emerges. From there you can select a path of camera changes to view upon completion. Each camera is labeled with a different color, and the path you choose creates a “rainbow.”  Pretty cool stuff.

Check out mine below, and then make your own.There are some kinks (blurriness, weird scroll screens), but I have the feeling they’ll be sorted out soon enough.

In other news, Radiohead recently confirmed the rumors surrounding a 2009 South American tour, meaning Yorke and Co. will indeed be making their way down south. There is speculation as to more dates, but for now, only three have been confirmed by the band.

Check Out: Radiohead from 12 angles