It’s good to be the King(s), and as with any monarchy, they have a wide range of loyal subjects. This was clear last evening as they packed the sold out Electric Factory in Philadelphia for the second night in a row. You could feel the electricity in the air even before entering the Factory as fans waited in line (many hours ahead of time) to get a spot close to the stage. Though most were stuck either with the large open area downstairs, while those 21+ could hang out on the spacious balcony above. As for the crowd, some fans were there to see Kings of Leon for the first time. Others had been Kings of Leon fans for years and were hoping to hear some older hits along with the new material off of Only By The Night.. For most, expectations were as high as the ticket and t-shirt prices.

When the venue fell into an almost total darkness, dark Gothic sounds played amidst cheers as the band took the stage. There was a brief silence quickly followed by the melodic, piercing vocals of lead-singer Caleb Followill as the band opened with “Closer”. The dark nature of the song and the lack of almost all lighting combined for a haunting opening. Like a shot in the dark, the lights came up, and the crowd began to pulsate to the mechanical sound of “Crawl” (which featured a pretty sick guitar solo towards the end). The crowd was primed and the band wasted no time dropping the recent hit, “Sex on Fire”. I love this song and complete with the red and green stage lights, it felt like Christmas had come a little early this year. I was struck with how much their live sound matched up with their studio sessions. Too often I have enjoyed a band’s album, only to be disappointed with how they sounded live (and was very happy this was not the case with the Kings of Leon). 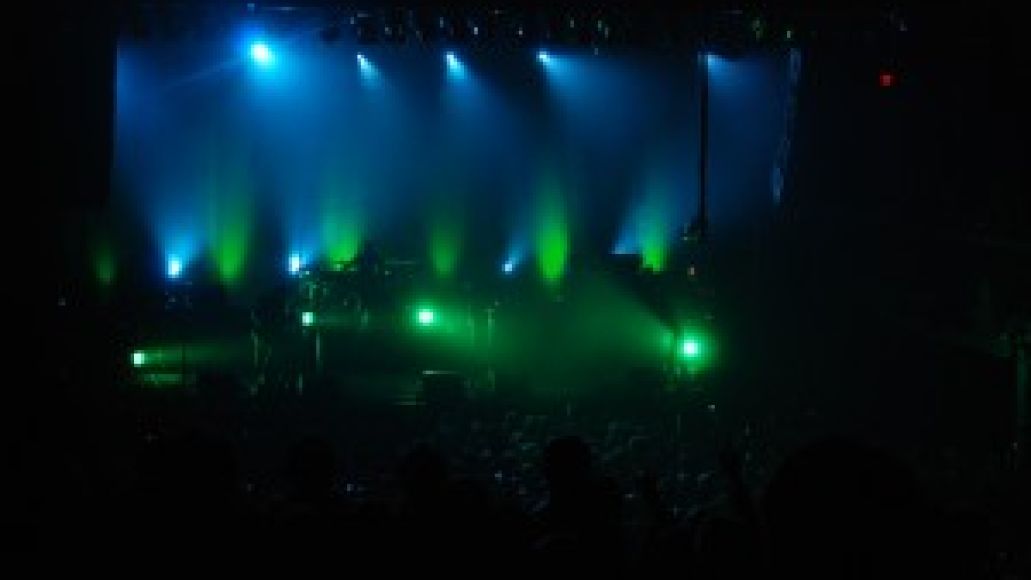 “Taper Jean Girl” really got the crowd moving. Without seating, fans can sometimes become lethargic while standing but that wasn’t the case on this night. The band thanked the audience for coming out to support them. With their tour almost over, you could feel both their relief at being able to head home for a little R&R  and the sorrow that comes with knowing that something wonderful is about to come to an end. Or, just one whole night of sleep in their own beds.

For “My Party” (from the album Remember The Times) the stage became drenched in a sea of red light; very fitting for the distorted, almost NIN-esque vocals. “California Waiting” (an older hit from Youth and Young Manhood) brought the more seasoned Kings of Leon fans out of their shells. There were loud cheers and the audience began to clap in unison as a few fans crowd surfed in front of the stage. Much to their credit, Kings of Leon is able to change seamlessly from one sound to another and it becomes very difficult to fit them into one (or even two) genres of music. Where else can you hear the sounds of modern rock, surfer rock, classic rock, Southern/Nashville, and digital distortion all from one band? 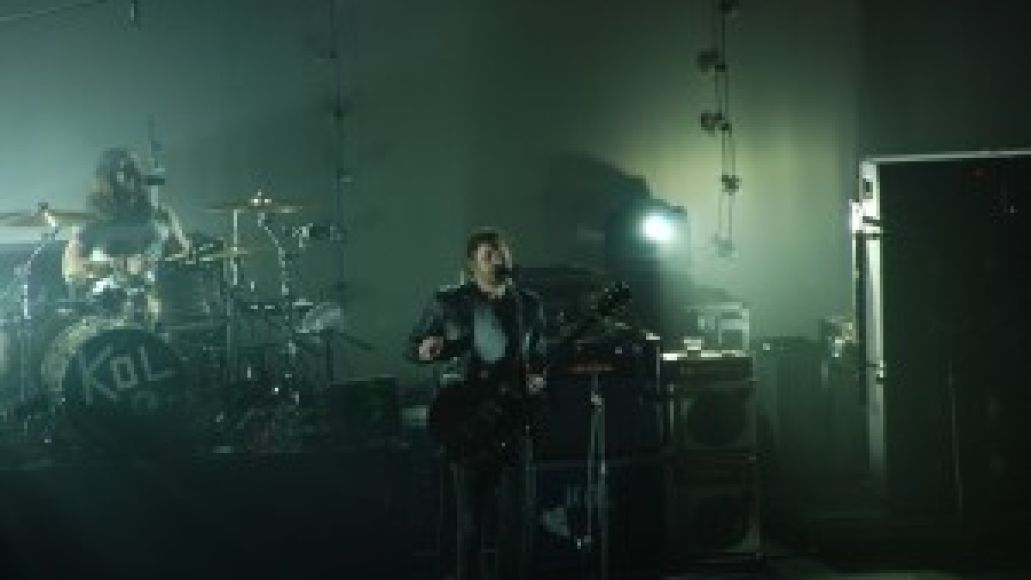 The Followills, Caleb, his two brothers Nathan and Jared, and their cousin Matthew have good chemistry on stage together and you can tell they enjoy playing live with one another. This only feeds into the upbeat vibe of their fans. They mixed up songs from all four albums which seemed to keep most everyone happy. Like at any show for a band with a good sized catalog of songs, there was some disappointment here and there that certain songs weren’t played. I had hoped to hear personal favorite “Trani” as well as some of my new loves like “Fans,” and “I Want You” but overall I was very happy with the song selection.

After eighteen songs the band left the stage and after a few minutes reemerged to play a four track encore. When it was over, the crowd slowly dispersed back into the cold Philadelphia night. I was feeling much more heated than I had been before the show. I had been rocked and it gave me that warm, fuzzy feeling. If there was a consequence to the Kings of Leon’s sound it would be 25 to life. They were that bad-ass. And while it’s good to be the King(s); it’s also good to be their fans. 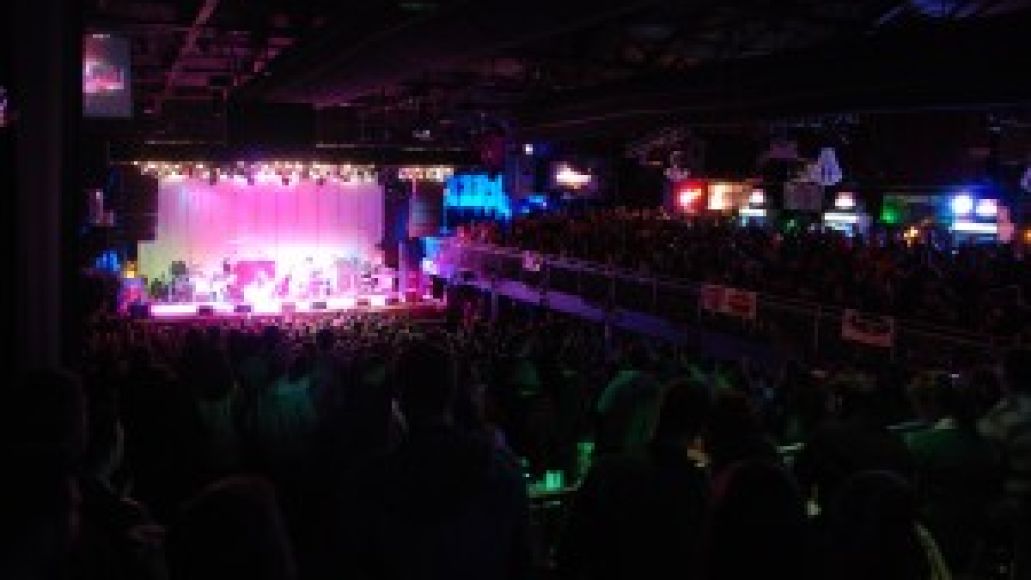 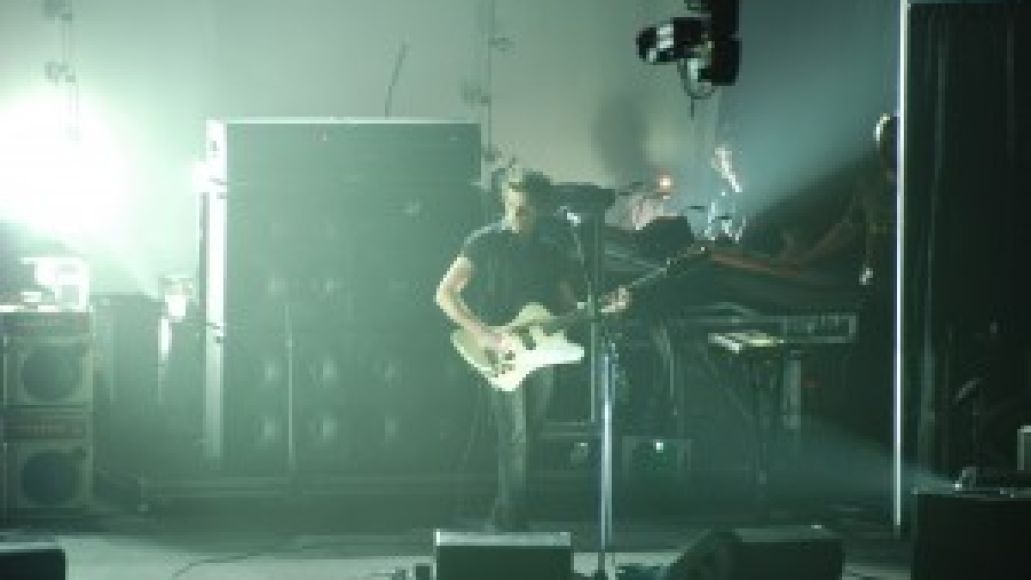 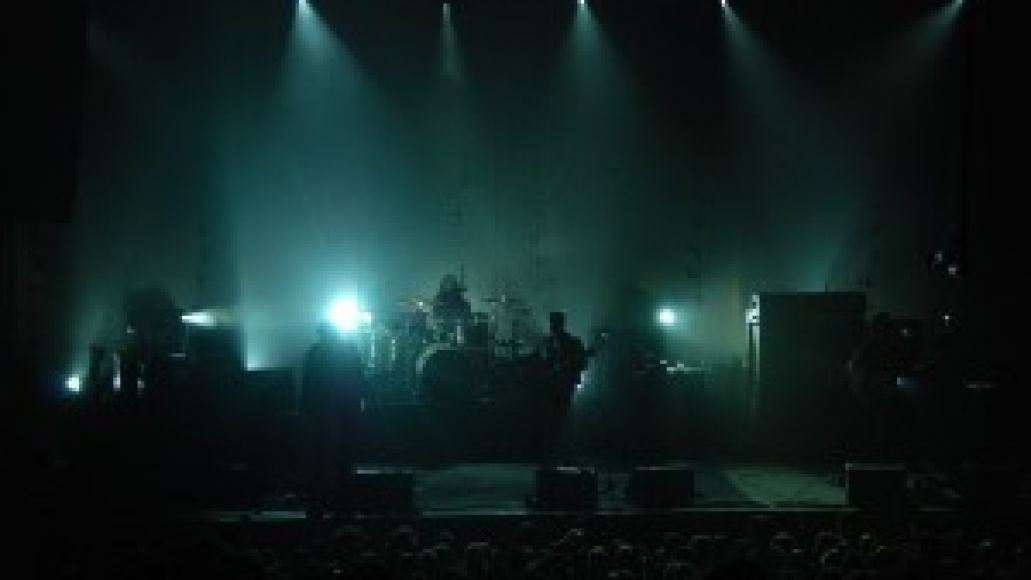 Kings of Leon reign at the Electric Factory