Portland Oregon’s Jared Mees has been making music for a good amount of time now as a solo artist, but in 2007 he decided, together with his wife Brianne and some musically inclined friends, to put together a backing band to help bring to life the composers music. With that we were given Jared Mees and The Grown Children. Since then, the line up of The Grown Children has been an ever-changing cast of 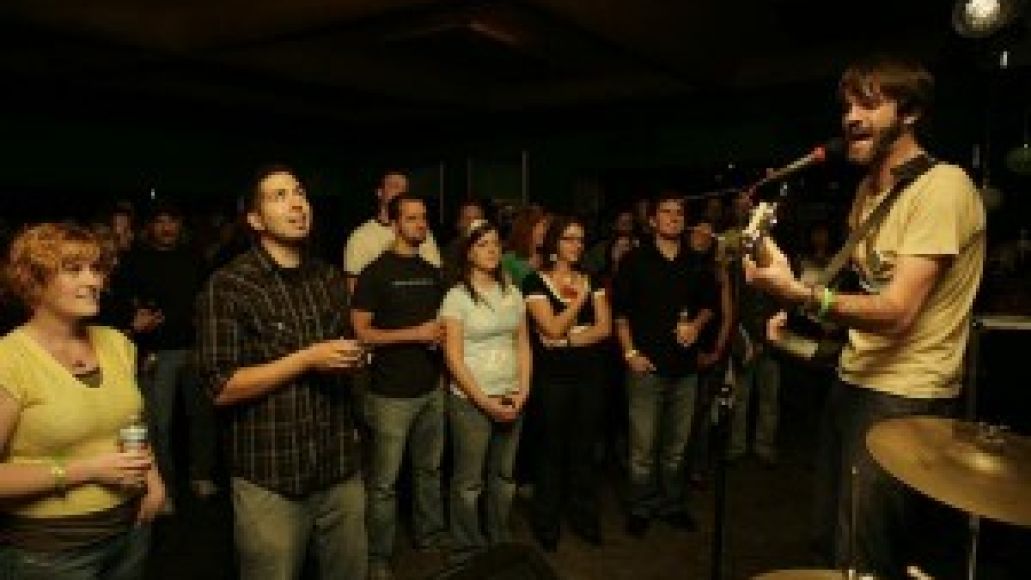 characters keeping with Mees’s open door philosophy. While this would have certainly spelled disaster for any other large-scale band, it has seemed to work quite successfully here, keeping the music fresh and exciting with every new song.

Mees has released two records now with this band, the latest being Caffeine, Alcohol, Sunshine, Money. Both have caused quite a stir up in the northwest with their pop folk, Brian Jonestown Massacre-like sound, thankfully without all the drama. With that many people, sing along moments are everywhere on the record, as are little odds and ends to highlight Mees’s guitar playing as he leads the campfire moments. “Tallest Building In Hell”, off of the most recent release, provides a great taste of what to expect from the group as it is part biography, part comedy, and a fun listen altogether, while “Friday Night” gives us a hint of Lou Reed and Elvis Costello style rock as it charges through in a classic style.

After all that work, it’s hard for these guys to stick to a solid line up. Members come and go, and you will never know whom you will get when you see them live. The only thing consistent is Mees, his wife, and some great tunes to sing along too. The band is not on tour now, but they do have a couple of dates in their hometown this winter. In the meantime, roast some marshmallows with The Grown Children.