The UK is chock full of artists in genres either of their own design or a meshing of better known such – very seldom does one stick with a single category these days. Murder in Monochrome is no exception with a blend of Radiohead vocals and progressive Opeth guitars.

Upon the first listen of “You Won’t Sleep Tonight”, you get a standard drum beat before diving into atmospheric guitars and Tom Potts’ Yorke styling with mild obscurity in lyrics Peter Burke’s drums are perfectly stripped down for anything between grand ballrooms and MTV Unplugged.

Unfortunately for us, there are only two songs currently available on MySpace for listening pleasure; the 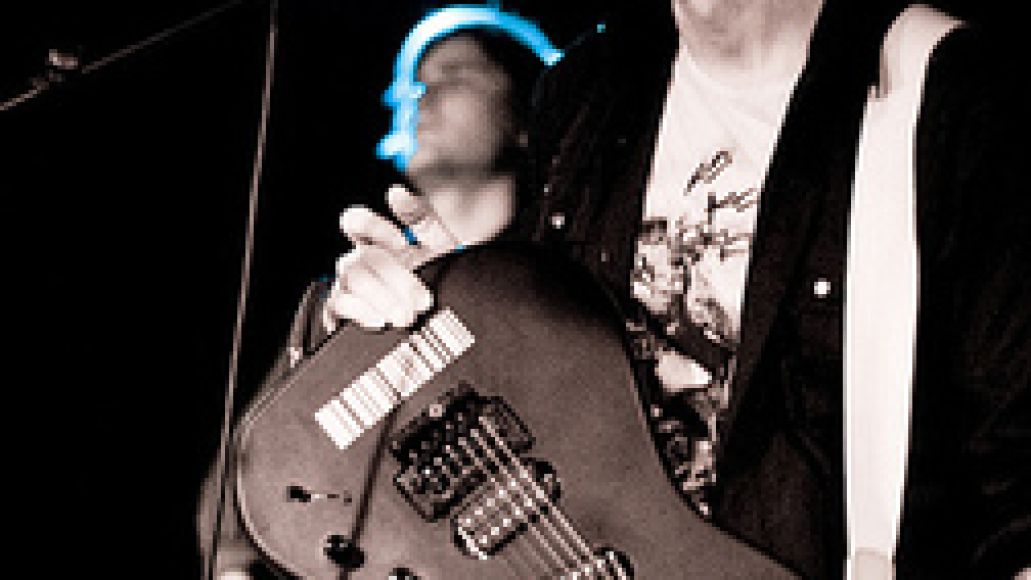 second song titled “Burning Houses” gives a mental collage of someone sleeping through a fire and dreaming of winter.

The band known as Murder in Monochrome is named properly with music thus far as haunting as said namesake would imply. The question for me was why this group doesn’t already have a massive following?  The last time I heard songs this mood-provoking by way of morbidity was on Opeth’s Damnation.

Rich in sound and texture, this dark and brooding quartet put even Muse to shame with creeping mood setters that sort of catch you from behind like that butler from Mr. Deeds (only less of an ugly goofball). If you dig the bands mentioned in this article, go check their MySpace and ask yourself how morose one has to be whilst producing such gorgeous tunes?