After enduring radio interviews and being slammed by everyone’s favorite circle of hipsters, the Smashing Pumpkins came out alive to continue rocking Chicago. Though they weren’t without consequences as Billy Corgan coughed, spit, and dragged around in a sick stupor. Whether or not the cold, the criticism, or the tour itself has weakened his immune system, we’ll never know (let’s leave that for TMZ to find out); nevertheless, Corgan pummeled through a high-octane set that raised the hair on every one of the 3, 929 fans that sold out the Auditorium Theatre last night.

“I’m a lil’ sicky,” Corgan announced, shortly after he drove the stake through “Tarantula”, “G.L.O.W.”, and another smile-friendly performance of “Siva.” Sick or not, everyone was quite supportive, even singing along when Corgan asked for help. Much of this lends itself to the night’s receptive crowd, which was a relief in comparison to the fans that turned out for Tuesday’s ill-fated Black Sunshine set. Naturally, hits “Mayonaise” and “Tonight, Tonight” had everyone kicking up a storm. Some overzealous fans nearby squeezed and shouted in one another’s faces when Corgan lead the band into the latter Mellon Collie classic. 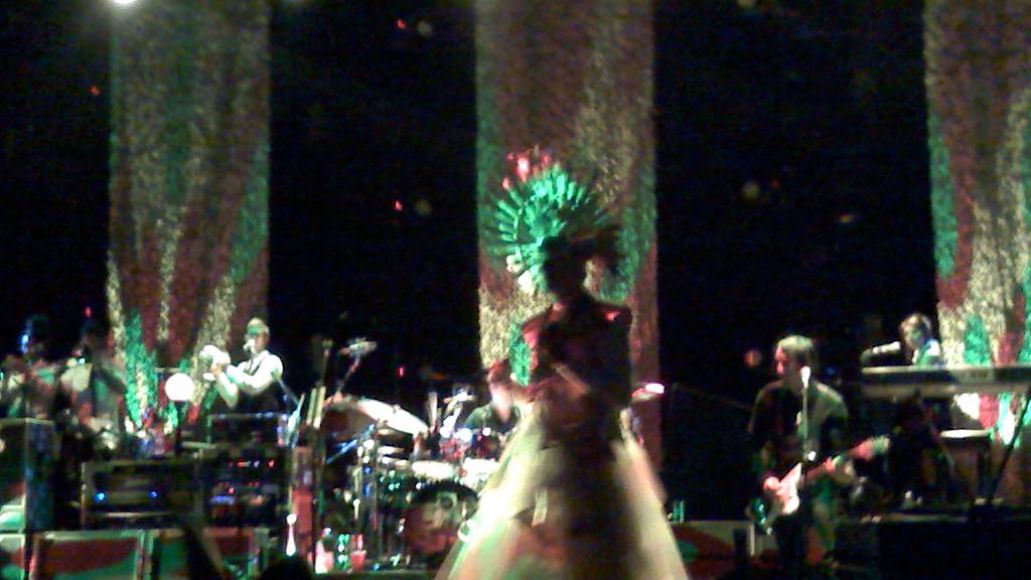 It’s the jovial, “here’s to the weekend” like vibes that saved the night’s performance. As the set chugged forward, the band stayed tighter than ever, but it was more than obvious that Corgan was growing weary. During the tumultuous “Transformer”, the frontman could be seen coughing up a storm, visibily uncomfortable with his vocals. Yet remarkably, he remained true to the set, throwing out one of the week’s best performances yet during “Superchrist” and “United States.” If anyone doubted the chemistry between guitarist Jeff Schroeder and Corgan’s typical lead, then this performance was for them to see. The two ran on parallel lines the entire time, never faltering, and etching out a superb solo section that lasted a good four or five minutes in the sprawling ten minute opus. Corgan’s a fan of multi-layered solos these days a la A Night at the Opera. It looks like all that time with producer Roy Thomas Baker paid off after all.

All the acoustics came out wonderful, and the rasp in Corgan’s voice only added depth to the new tunes, not to mention, the addition of former drummer Matt Walker (who played for Chamberlin on the Adore tour) as well, who paralleled Chamberlin’s percussion. “Once Upon a Time” seemed abrupt, but “The Crux” and especially “The Rose March” are quickly becoming crowd favorites, as they received some wealthy applause. It was around this time that Corgan finally broke the fourth wall some, and spoke with the audience. Given the reactions this week, one was wary, but it turned out quite well. It seems like age and time is finally catching up as he pondered some (“Twenty years of making you sad. God, twenty years. Twenty years of destruction is more like it.”) and started joking about past achievements like “burning bridges” and “breaking hearts.” He even went on a tangent about how his second rock show he ever attended was at the Auditorium, “Thanks to Asia, I’m here right now.” Before they jumped into hits “Today” and “Bullet”, Corgan noted the shift in reception, and how the first night in Chicago, “felt like [he] was in Americas Top Model.” It was pleasant, and the crowd was treated with songs they had probably come to hear. 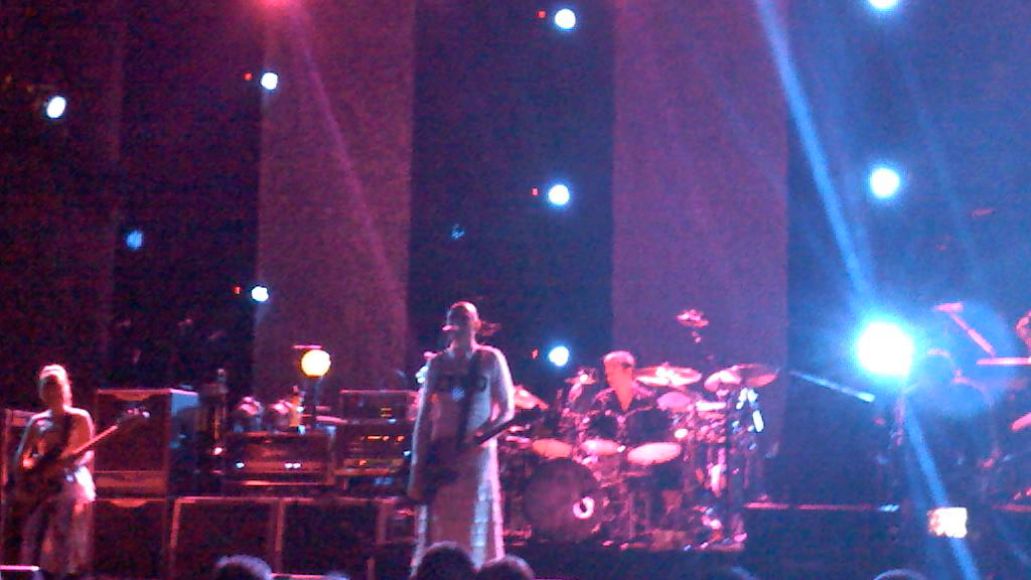 Towards the end, before the jam-fest that’s become “Heavy Metal Machine/Glass/Set the Controls for the Heart of the Sun”, some very Joel Schumacher-esque neon filled the room and the band dived right into the heavy set thumper, “The Beginning is the End if the Beginning.” The former b-side to the Batman & Robin soundtrack, this forgotten number was made popular recently when it was attached to the teaser for the upcoming graphic novel adaptation, Watchmen. When Lisa Harriton let go on the atmospheric synth, everyone recognized the rarity and started singing along to the gospel-like choruses.

Admittedly, more and more people sat down throughout the Pink Floyd closer, but there was quite the enthusiasm for the hokey metal anthem, “Heavy Metal Machine.” Fans really let loose on this track, with most of the pit area containing head bangers that lightly bumped one another. It’s here, however, that Corgan started to die vocally, which is why the Floyd cover was more or less a redemption for him. When he walked off during “Set the Controls…”, everyone thought he would be back, but they were fooled. 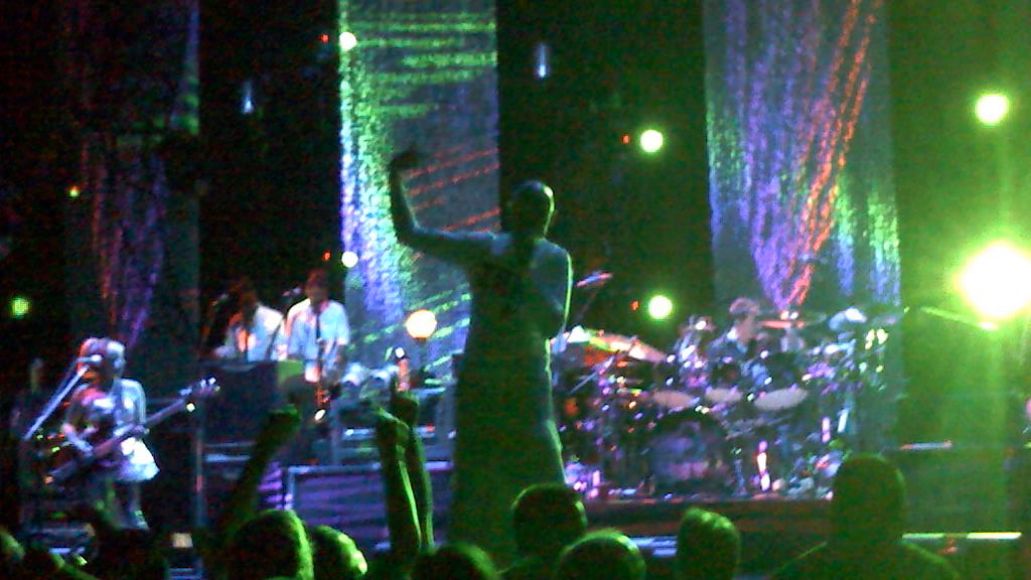 Much like the end of last February’s residency night with Wilco, fans refused to leave, even as the lights went on. Everyone knew there was supposed to be an encore, just as everyone knew their favorite band leader was too sick to perform. That didn’t stop them though and even as roadies disassembled amps and ten minutes had passed, they remained clapping, screaming, and chanting, “Billy! Billy! Billy!” Fortunately, the Great Pumpkin stayed behind the scenes, hopefully swimming at the bottom of a tea pot.

For he still has one more night to return to….

Roctopus
Everybody Clap Your Hands
Tarantula
G.L.O.W.
Siva
Mayonaise
Tonight, Tonight
Speed Kills
Transformer
Superchrist
United States
Once Upon a Time
The Crux
The Rose March
Today
Bullet with Butterfly Wings
The Beginning is the End is the Beginning
Heavy Metal Machine
Glass
Set the Controls for the Heart of the Sun 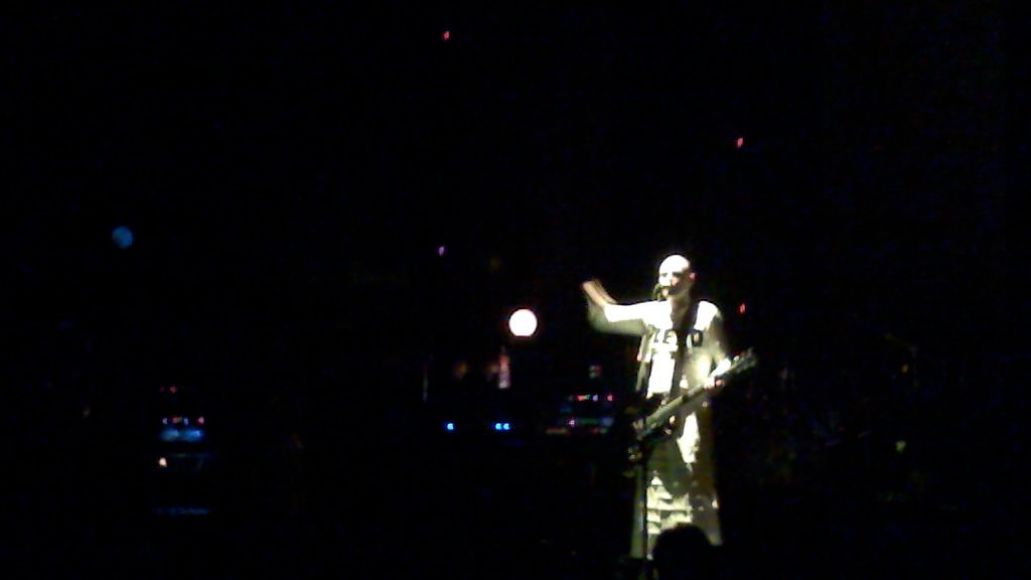 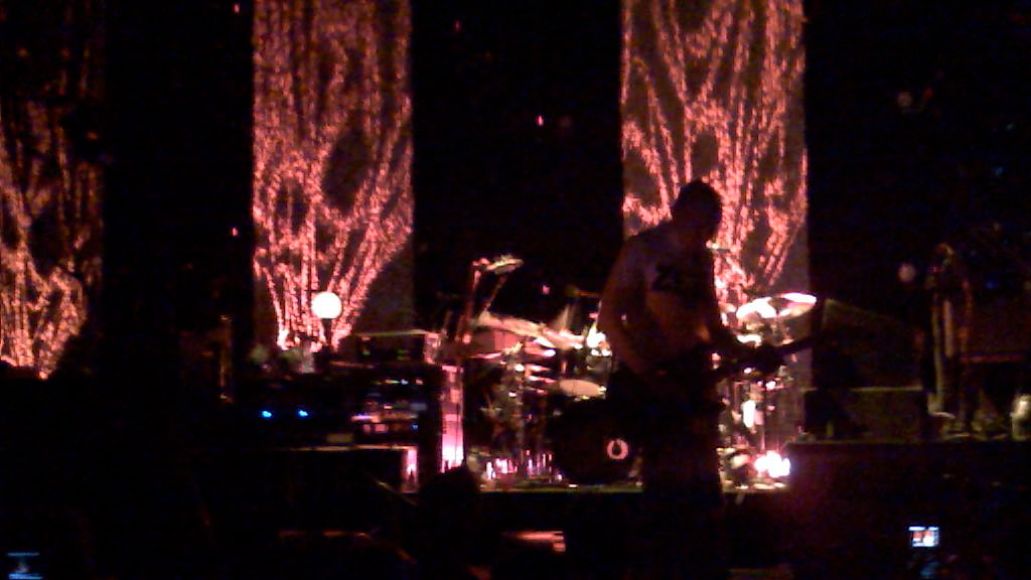 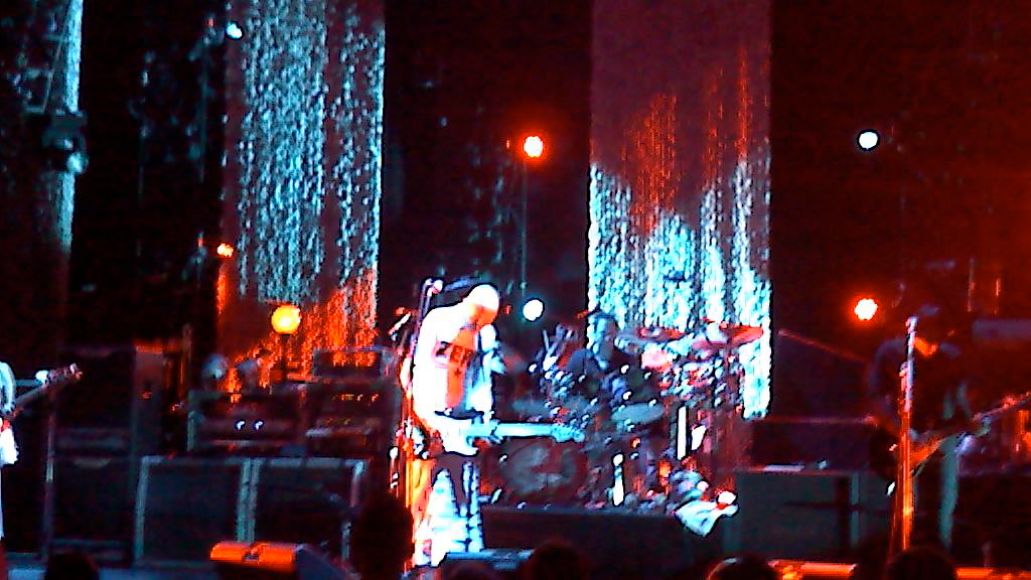 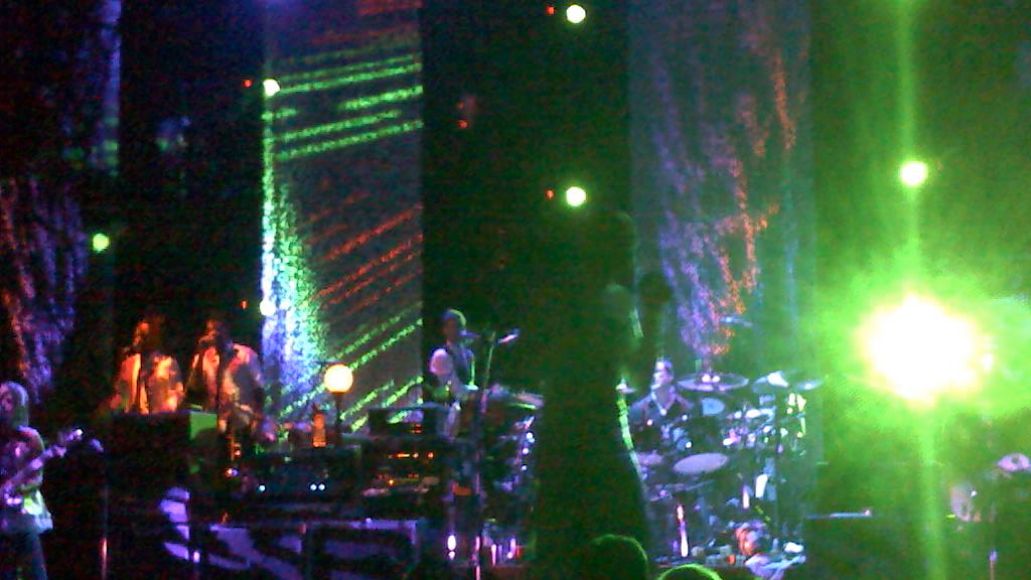