I still remember this day like it was yesterday. A little more than three years ago, I stumbled into Chicago’s Abbey Pub on the eve of Lollapalooza 2006 to get a bit of early sounds before the mayhem of the weekend. The night’s headliner, Mates of State, was the main reason for my attendance so I didn’t give much thought to the four-piece outfit jamming away to bluesy, White Stripes-esque garage rock upon my entrance into the venue. But then I started to watch and listen, and I realized I had come upon something special. The four musicians on stage that evening were unbelievably talented, performing the type of music that takes hold of you and refuses to let go with a once-of-a-kind intensity. When the set ended, I made my w 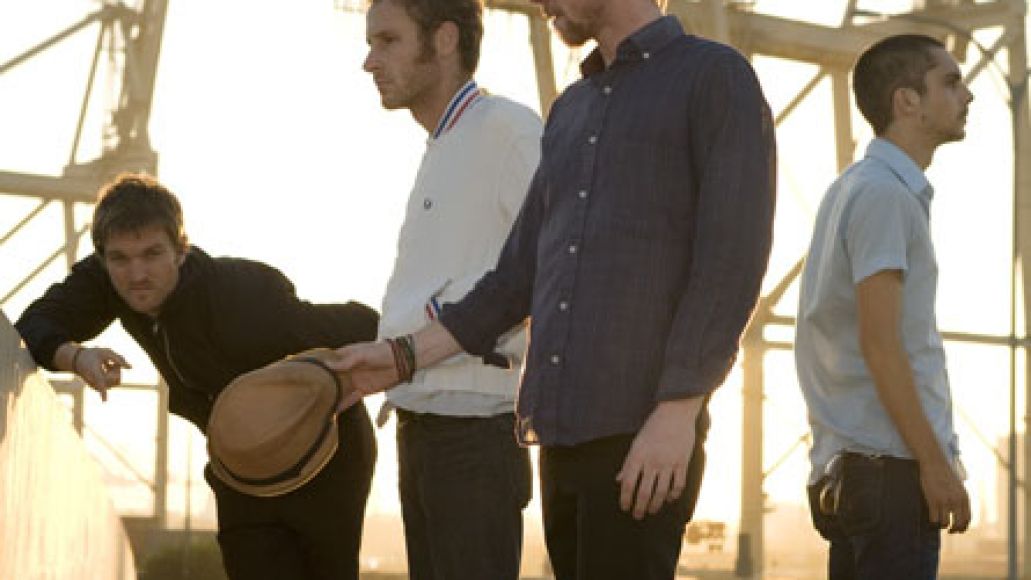 ay to the merch table to learn the name of this group and express my immediate fandom. After expressing thanks with the form of the band’s two EPs, the man who had just donned bass onstage mere minutes ago answered: “our name’s the Cold War Kids, but you’ve probably never heard of us.”

I must have told or written this story 30-plus times, but it never seems to get old. After all, fast forward just three years and these Cold War Kids are essentially the crown princes of the music world, sporting a résumé of two full-length endeavors and a touring reputation bar none.

But what went on in between those three years? How did the Cold War Kids go from being self-described no names to indie superstars? Well if you have 35 minutes to spare over the next week, perhaps you might want to check out the band’s new documentary, 02.08 to 06.08.

Originally released as part of the deluxe edition for Loyalty to Loyalty, but now currently available for one week only via YouTube, the film chronicles the four month recording process of the California natives’ recently released sophomore album. Featuring behind-the-scenes footage and interviews with band members and their family, the Vern Moen directed 02.08 to 06.08 provides some fascinating insight behind their history, decisions, and ideologies; a must see for fans and aspiring musicians alike.