I’ve been a dedicated fan of the Flaming Lips since I purchased The Soft Bulletin back in college. As soon as the drums kick in at the start of “Race for the Prize”, I was in. Wayne Coyne’s oddball lyrics combined with the outstanding musicianship of Steven Drozd set the band apart from most of their contemporaries. Yoshimi Battles the Pink Robots followed The Soft Bulletin to equal critical acclaim, and I still highly enjoy their last album, 2006’s At War With the Mystics. 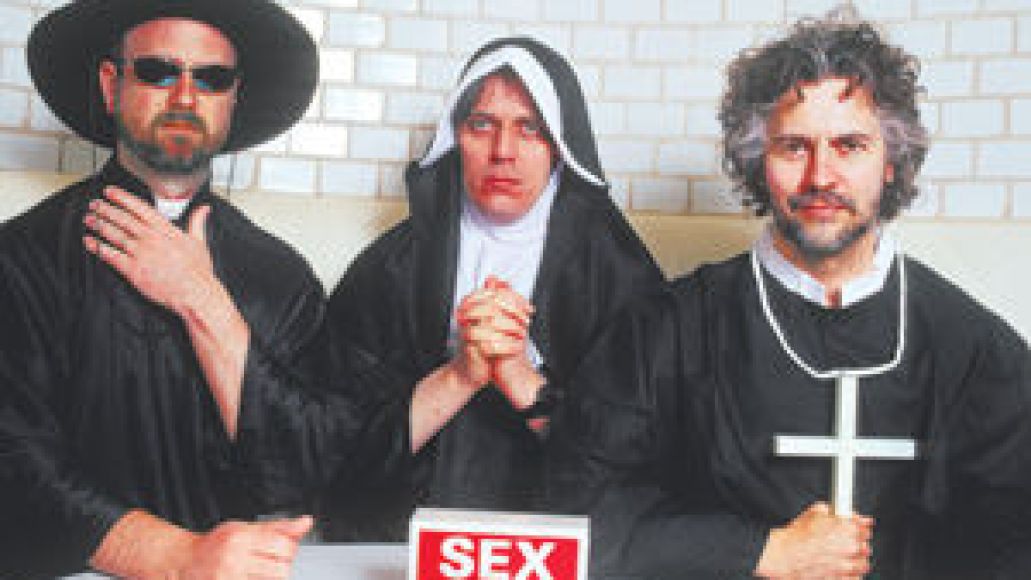 Coyne, Drozd, and bassist Michael Ivins are currently at work on a new album for 2009 and they have just released their long-awaited film, Christmas on Mars. While the 21st century has been important in the band’s career, it’s essential we remember the band before The Soft Bulletin.

I’ve decided to post this live appearance by the band from way back in 1995. It’s from a San Francisco music festival between the releases of their albums Transmissions from the Satellite Heart and Clouds Taste Metallic. The song being performed is “Turn it On” (the opening track from Transmissions), and it serves as an example as to how much the band has changed in the past decade, both musically and in appearance.

3) Steven Drozd behind the drum kit, not on guitar.

4) Michael Ivins…with a lot of hair!