No one can argue that The Replacements were a rare breed. Sure, they looked like a bunch of slackers from the back of the lunch room, but when they hit the stage, they had a ferocity that could match any state’s top football team. Yet at the heart of every frantic performance, there was a sweet spot that melted anyone’s soul, and that’s where they found success. 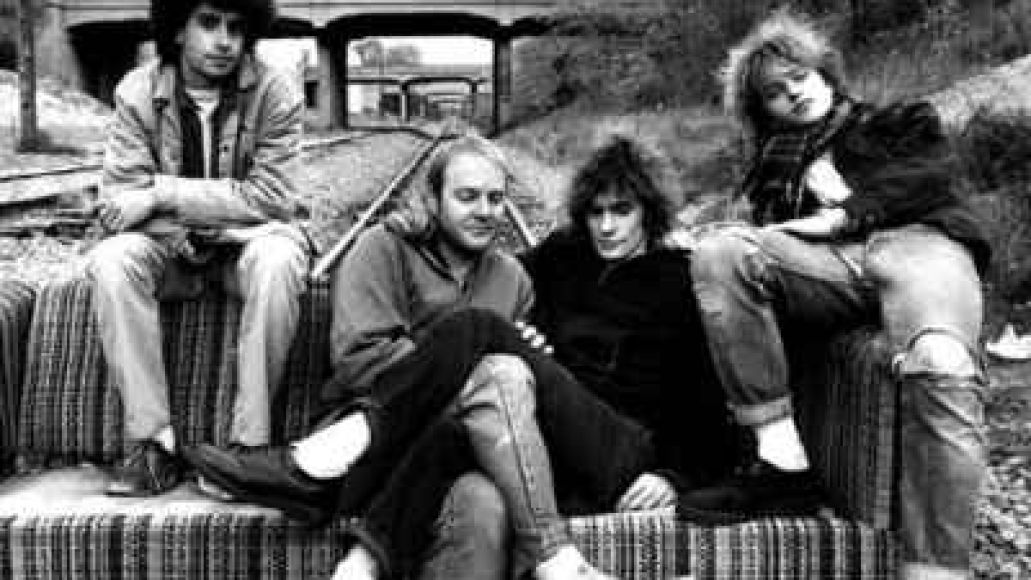 Such charm was harder to find in the band’s early work, which began with Sorry Ma! I Forgot to Take Out The Trash!. This was years before songwriter Paul Westerberg would pen the melancholy sweethearts: “Unsatisfied”, “Achin’ To Be”, and “Skyway.” No, from the start, Westerberg was busy with teenage angst (they did, after all, have a twelve year old bassist), and the songs reflect this. There’s the house broken drama in “I Hate Music”, the shopgirl sexual tension in “Customer”, and, of course, the drug infused, teenage melodrama in “I Bought a Headache.” It’s all rambunctious fun, and it only continued with the band’s follow up, Stink.

Of course, most of the songs that appeared on the “little more than an EP” were written around the same time Sorry Ma! was released. One track, the crowd favorite “Kids Don’t Follow”, opened the album, and set the mood for the rest of the tracks to follow (“Fuck School” anyone?), while also placing the mindset of the band for all to see. On disc, it’s not too hard to imagine this nail biting energy, but a picture says a thousand words, and a video says it all.

This particular clip is actually a good find. Recorded September 5, 1981, this video sees The ‘Mats performing “Kids Don’t Follow” at the Twin Tone showcase. It’s “professional-quality”, or so it says, and while there could be more angles to the whole shebang, the audio sounds fresh and succinct. Westerberg’s vocals aren’t so drunk and gritty, as they usually were, and if you look close enough, you’ll notice a young and blonde Tommy Stinson bouncing around on bass. It’s authentic and the band was young enough here to not sound too reserved yet.