We’re just weeks away now from Bruce Springsteen‘s next opus, Working on a Dream, due out January 27th. Okay, maybe it’s a month and some change, but it just sounds better the other way. Anyhow, if someone’s feeling excited it’s probably because there’s so much to be excited about. After having just released the first single off the album, the Obama-influenced titular track, the New Jersey fortune teller is back with another. 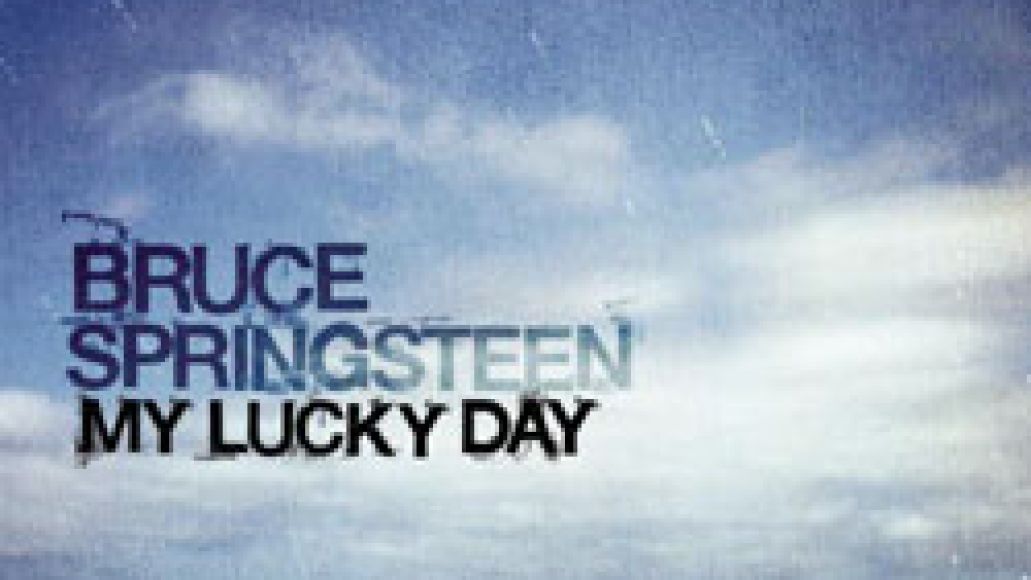 Titled “My Lucky Day”, this driving number screams classic Springsteen, especially when The Boss belts out, “Honey, you’re my lucky day” and Clarence Clemmons throws out that trademark sax solo. For a moment, you actually wonder if this isn’t already a part of his sprawling back catalog, though good riddance that it isn’t and what a hell of an indication for things to come. Can someone convince the guy to release it before the holidays?

Starting today, “My Lucky Day” will be available for an exclusive download on Amazon.com, while you can still download “Working on a Dream” from iTunes. If that’s not enough, and you’re keeping your money tight for the holidays (even a measely .99 cents), then check out this “raw” studio video for the new song. It has a sort of geriatric swagger to it but whatever, it’s Springsteen and as Americans, we should be made to watch this. After all, he is headlining the Super Bowl.

Oh, and let’s not forget that “Wrestler” song, either.