Juana Molina must be a striking and weird woman. She appears completely candid and at ease in interviews and in some of her YouTube videos: there she is singing on stage, wearing her hair in a loose chopped-clean bob playing her guitar, and then yet, on the cover of Un Dia, Molina’s head doesn’t appear to be attached to her body, her hair seems to float up and her clothes are culturally unidentifiable. The first song, the album’s title track, is jittery, excitable, there are vocal samples all over the place, and then track two, “Vive Solo,” comes around to present a constant and steadied guitar strum which eventually branches off into light salsa-style tapped drum beats and a smooth acoustic guitar outro.

It’s sorely unfair that Juana Molina’s work gets the “world music” label slapped onto most of what she does. I admit, I hadn’t heard of her until a record-sifting friend of mine mentioned that he couldn’t get her latest album Un Dia off of his station playlists. I had wait for him to repeat her name again before I could write it down.

After searching her name, her music, official sites (Spanish and English) and all you might ask for (YouTube, 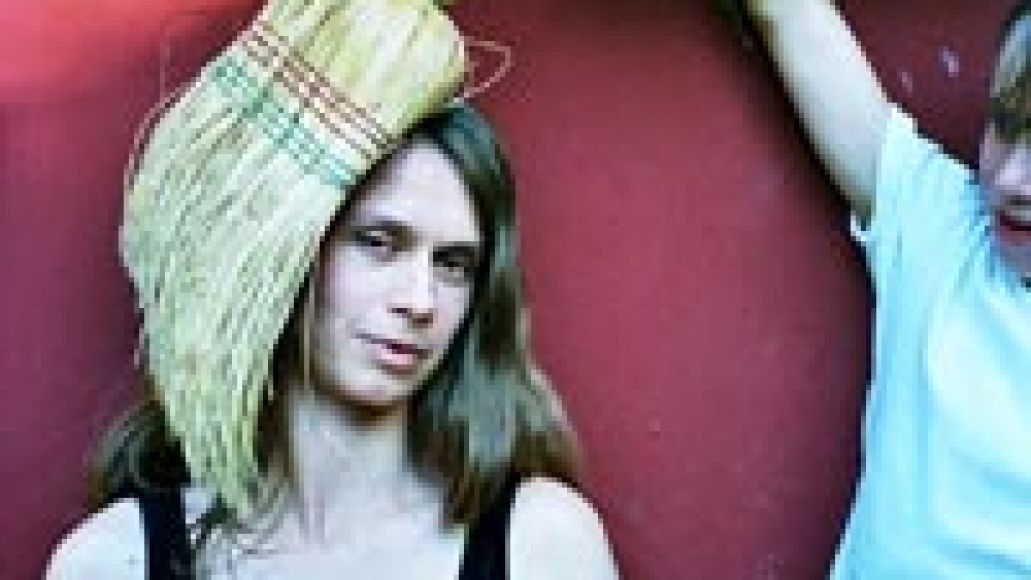 Wikipedia) came up immediately. A bit of research reveals that she was born in Argentina and is best known by Latinas and Latinos for her sketch-comedy show, though she lived as an ex-pat in Paris and currently calls California home.

Now that you’ve been given that information, feel free to clear most of it out of your mind, all that back there was just background information. Yes, Juana Molina’s culture definitely defines her music, there’s a lot there, salsa rhythms, electronic beats, finger-style and strummed acoustic guitar, critical people are quick to say that her work must be latin or jazz or one thing or the other…but what is it about Juana Molina do I find striking?

Across the entire album, it is her voice that allows all of her tracks off Un Dia to come together so well. Even on the softer and slightly sing-songy tracks, she sings so variedly, not particularly high or low and almost stridently, it’s difficult to say where her voices take the tracks on this album, though one thing is certainly true: each track seamlessly ends somewhere far off from where it began.