Neil Young has never been one to rest on his laurels. He is 63 years old and while nearly all his contemporaries are either taking half-assed victory laps around the arena circuit or slowly fading away at county fairs, Young is still burning up the stage with impassioned performances and an ever-growing body of material that has remained shockingly relevant. Tuesday night he brought his big tour to Chicago.

Unlike other legendary artists such as Paul McCartney, Eric Clapton, and, umm, Lil Wayne, Young brought his big tour to Chicago’s number two indoor sports venue, The Allstate Arena (still known as the Rosemont Horizon to the literal dozens of us who grew up on buy-one-get-one-free Chicago Power tickets), which is significantly smaller than the United Center. In addition, a good number of the upper level seats were closed, either because of poor ticket sales or a desire to create a more intimate setting. Sadly, my assumption is the former. Still, practically every open seat was filled, despite the snowy weather and treacherous roadways.

Perhaps the most glaring example of Young’s continued relevance was the make-up of his audience. Unlike other nostalgia shows, where a handful of young folks escorting their parents make up the whole of the under-35 crowd (one of my favorite concert memories is hearing the United Center crowd erupt at the Simon and Garfunkel line, “How terribly strange to be 70”), I would estimate that around one-third of the crowd were in their teens or twenties. Of course, another third was over the age of sixty, creating a pretty strange, but pleasant, vibe. I’m fairly certain I have never seen so many senior citizens co-exist with so much marijuana. 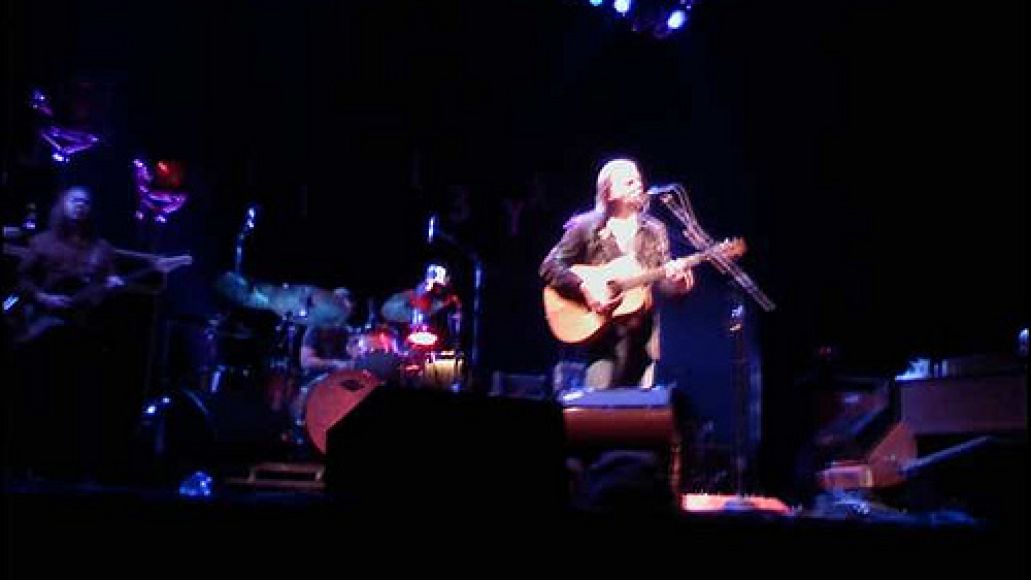 And then there was the legend himself. For two hours Young made the crowd forget that Chicago is enduring the sixth coldest December in recorded history by delivering a blistering set heavy on hits that were made to be played outdoors on a summer night. Opening with a one-two punch of “Love and Only Love” and “Hey Hey, My My”, he led his band through a no-nonsense, little-banter, lotsa-music set, showing that he still has the fire after all these years.

But despite feeling much looser than your typical nostalgia show, Young’s performance was actually a fairly scripted one. His setlist was more or less the same as every show on the tour. Unlike past tours, he avoided meandering into forgotten rarities and awkward storytelling. For at least one tour, Young put his artist’s heart aside and delivered what the crowd really wanted: the greatest hits.

And the crowd responded by singing and dancing the night away. “Old Man” was predictably one big sing-along. “Cinnamon Girl” had smiles on every face. And “Powderfinger” and “Cortez the Killer” almost blew the roof off the building. By the time he reached “Rockin’ in the Free World” practically everyone was hoarse, happy, and exhausted.

Young did take a little time to preview new material. He collected four new songs into a block toward the end of the set, saying, “You won’t know all of these but that’s okay.” He then acknowledged a fan who screamed, “No it’s not.” Everyone laughed. Then they went to the bathroom (and surprisingly the exits.) The new songs were heavy on distortion and heavy on politics, proving the legend is in no hurry to get old. 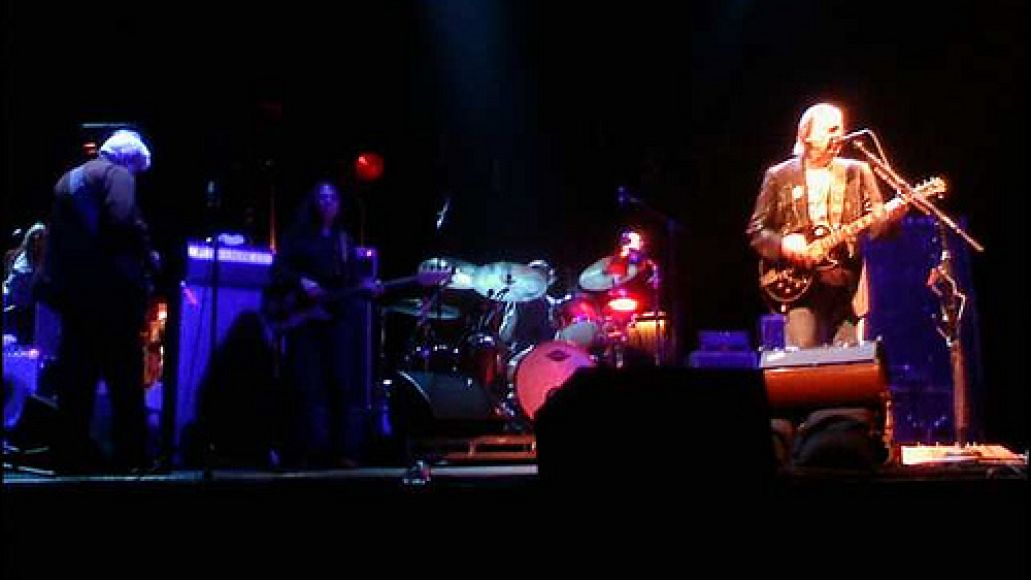 The opener situation for this show was sort of a mess from day one. One of the ways Neil Young remains so relevant is by actually giving a damn about newer bands. Death Cab for Cutie opened the first leg of this tour and Wilco jumped on board for the later dates. Unfortunately, prior obligations kept Wilco from playing the Chicago show. Willie Nelson was announced as a too-good-to-be-true replacement, but when his turn came around it was actually genre-bending pianist Dr. John who took the stage. The audience did not seem to mind, reacting very positively to his 50-minute set.

One final way Young’s show differed from the typical nostalgia show was in his choice of an encore. While acts like U2 make the encore half the show, returning two or three times and accumulating most of their hits in the show’s final hour, Young kept it brief and interesting with a rollicking cover of “A Day in the Life”. It was about as unpredictable as an encore played at every show of the tour could possibly be. The lingering feedback brought festival season to mind once again, until it faded into a canned “What Child is This?” giving us all a gentle reminder that it is indeed Christmastime. Nice of them to remind us before the sound of hundreds of people scraping ice off their cars jarred us back to reality.

Set List:
Love And Only Love
Hey Hey, My My
Everybody Knows This Is Nowhere
Powderfinger
Spirit Road
Cortez The Killer
Cinnamon Girl
Oh, Lonesome Me
Mother Earth
The Needle And The Damage Done
Light A Candle
Unknown Legend
Old Man
Get Back To The Country
Just Singing A Song
Sea Change
When Worlds Collide
Fuel Line
Cowgirl In The Sand
Rockin’ In The Free World
A Day In The Life