Each Friday afternoon during my senior year at Purdue University, I made a pilgrimage of sorts down “Cardiac Hill” to the Wabash Landing, a small cluster of restaurants, bars, chain stores, and a movie theater located just off the university’s main campus in West Lafayette, Indiana. It’s a familiar American landscape: authentic Chinese food served buffet style, watered-down drinks set to watered-down dance music, piles of Dan Brown and Danielle Steel 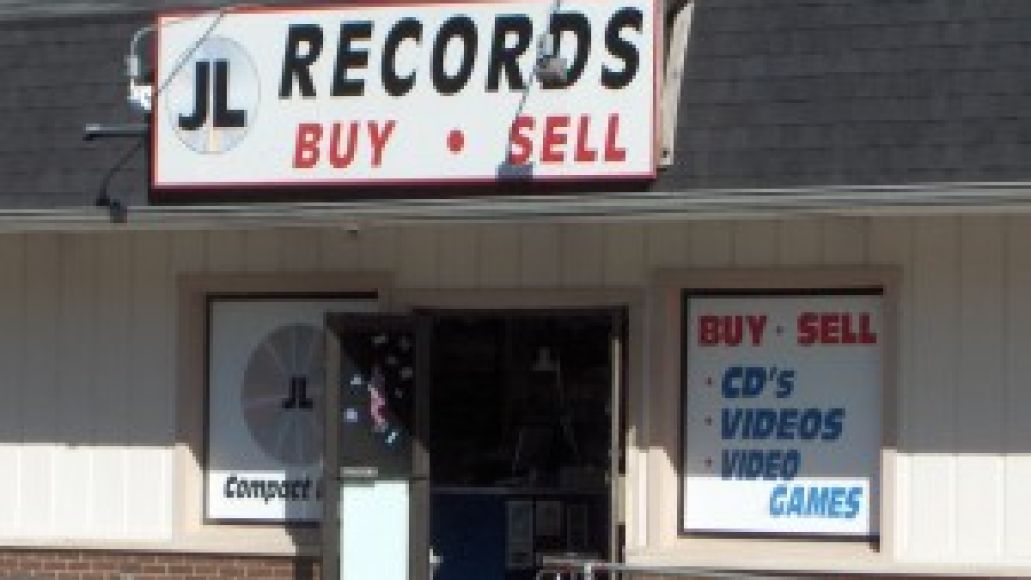 But tucked inside this microcosm of modern America and replica of every shopping center you’ve ever seen is JL Records, an unassuming structure that houses a musical Mecca of the Midwest. The windows are blackened, and the building looks more fit to be a mini-storage facility or an aircraft hangar for small planes than a record shop. The only hint at what awaits within is the simple “JL Records” sign above the door and the murals of Jimi Hendrix, Stevie Ray Vaughan, and other legends that adorn the building’s exterior, peeling and fading from age and weather. And inside this unlikely building—located within the even more improbable setting of a strip mall—is where I got hooked on music.

Fast forward to the present. It’s my first visit to JL in nearly three years, and I’m eager to see what has become of the place. I’m disappointed to find the murals gone, laid to rest beneath strips of bland, white siding. The doors are pulled wide open, though, as always. The same door with the same broken doorstop is propped open by the same black counter stool. I’ve never once seen those doors closed, not even in winter. I walk inside and find the store unchanged. Racks of music stretch off into the distance like a highway reaching for the horizon. The walls are put to good use—a clutter of box sets, memorabilia, and movies—not an inch wasted. I look behind the counter, but there is no employee. There rarely ever was when I visited. I remember thinking that perhaps there was no owner at all—that maybe the store had been opening and running itself for all of those years. 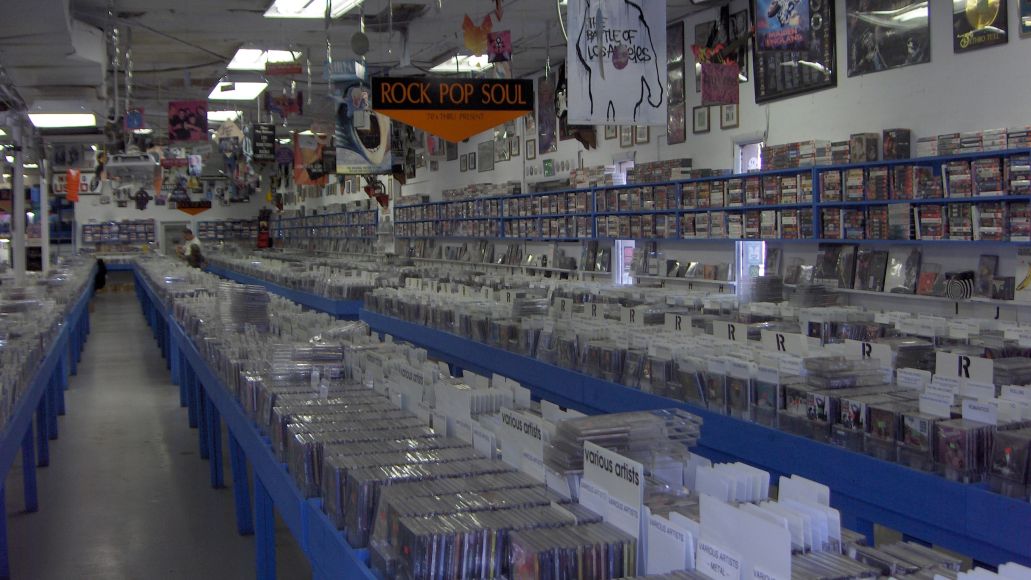 Two things still strike me about JL: the enormity and the quiet. The sheer size of the place makes it difficult to describe without borrowing some system of measure foreign to music. Music should be measured in bpm not square feet, but what can you do? The ‘R’ section alone is 20 yards long and growing with each passing year. And this same magnitude is JL’s paradox. They have everything under the sun there, and it’s this very fact that opened up so many musical worlds to me, but at the same time, it’s a humbling place. I remember thumbing through the racks and realizing that I could do nothing but listen to music for the rest of my life, and I wouldn’t even begin to scratch the surface of what was in the store. So much to listen to—good stuff, bad stuff, Swedish stuff, whatever—and never enough time.

Quiet and Record Store are usually mutually exclusive terms, but if anything, JL is quiet. There are never more than two or three customers in the store at a time. If music plays over the stereo system, it plays softly and not to disturb. Nobody is trying to make a sale or turn anyone on to anything. It’s one of the world’s great record stores, a testament to rock and roll, but the vibe is that of a cathedral or museum. How many times I went in there simply to think, to escape life. How terribly difficult it is these days to be alone, to find quiet and solitude. I say this having lived in a large college town, a major metropolis, and as an adult in my parents’ home; I know the value of sanctuary. Even now when I’ve had a bad day, I can’t think of a more comforting place to be than at JL, flipping through a few thousand records until I forget whatever it was that had bothered me. 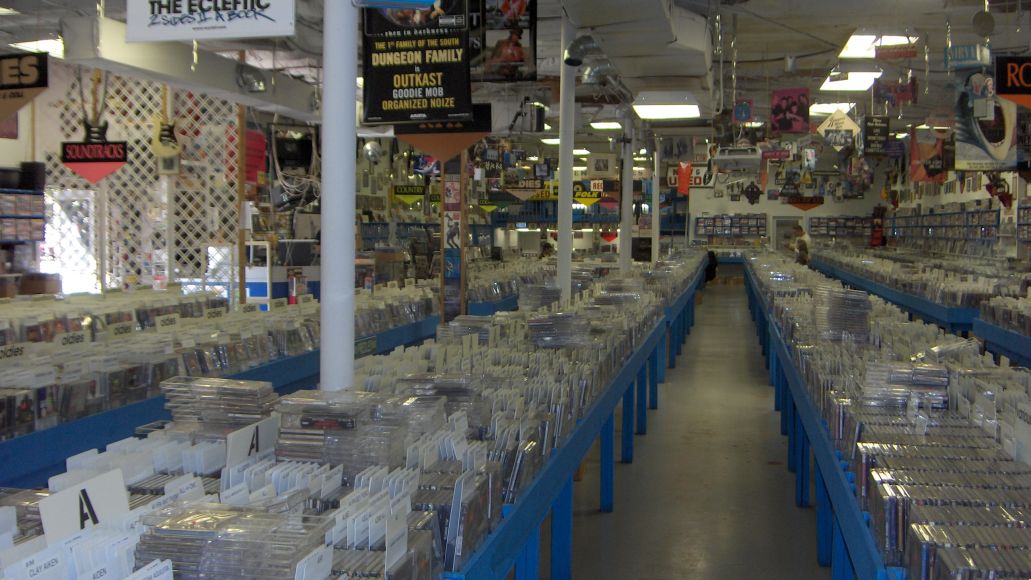 Independent record stores have identities—something unique about them that sets them apart from their chain store counterparts. Sometimes it’s the locale and the people. Other times it’s a killer vinyl section. With JL, it’s the imports. Just when you think you have every Pearl Jam or Who or Dylan release out there, the JL racks throw a record your way that you never knew existed. And that’s what they specialize in. You’ll find that new release or classic album sure enough, but it’s the rarities and bootlegs that make digging through the racks fun. So many times I’ve taken a self-proclaimed number-one fan of some band down to JL, and each time they’ve left with a handful of recordings that were missing from their collections.

There is only a handful of great independent record stores left out there. Most have gone under, and the rest will soon follow suit. They’re the polar bears of the entertainment industry in that respect. It’ll be a shame the day JL Records closes its doors, but that day is inevitably coming. Days lost to browsing (without a mouse in hand) through records will be a thing of the past. While I love technology as much as the next person, there is still something about a record store that iTunes, Amazon, or any other online entity has been unable to replicate. I’m not sure what it is. Maybe it’s a smell or a touch or just that feeling that settles in when you’re shoulder-deep in a stack of records. For me, it was accidentally stumbling upon a band, forking over ten dollars, and taking home my first Clash record. See, JL Records is still one of those shops where a little serendipity while rummaging can change lives—where everyone finds what they are looking for, even if they don’t recognize it at the time.

Where We Live: JL Records - West Lafayette, IN