You couldn’t tell based on the band’s performance at last week’s Tomorrow Never Knows, but Jonathon Rice and Christian Rudder, the two core members of New York’s Bishop Allen, are angry about something. Or at least that’s the sense one gets based on the title of the band’s forthcoming new studio album.

Then again, a quick read through of the band’s press announcement relating to said album, and it doesn’t really appear Bishop Allen have much to be gloomy about. Due out March 10th via Dead Oceans, Grr… will 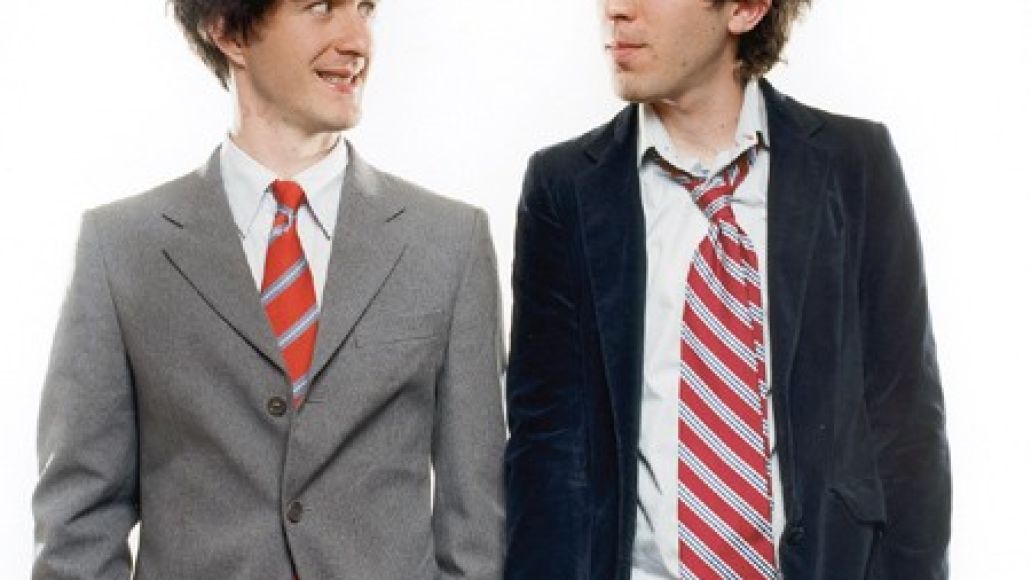 mark the band’s third full-length studio endeavor – though considering the EP project, you could definitely consider this #4 – and first since 2007’s The Broken String. Described as “succinct composition,” the album features 13 tracks, all of which are intended to “cohere seamlessly,” while also showcasing the unique songwriting talents of Rice. Musically, Grr… appears to offer Bishop Allen’s usual mix of richness and diveristy; guitars, pianos, marimbas, and ukuleles are among the instruments used throughout the album’s 13 tracks.

In support of the release, the group will embark on a North American tour beginning in mid-March, which will be highlighted by an appearance at South by Southwest. A European trek is expected to follow in April.