Internet videos are hit or miss, and boy are there a lot of them. In all of the digital clutter and muck, one is apt to find the classics (e.g. those G.I. Joe PSA’s), the misses (e.g. the unfortunate yet oddly chubby Star Wars kid), and the unnecessary clutter (e.g. 90% of YouTube). Yet no matter how funny they can be, they’re likely to grow stale over time (actually, very quickly). That’s just how it works. After all, we’re all critics, even if we may be killing time late at night with a bag of Doritos or bored on a Friday at the ol’ cubicle. Nevertheless, considering internet videos are free and aplenty, we’re also always on the look out for the “next big thing.” So, even though we’re a year behind on this one, we present you: Lasagna Cat.

Admittedly, this is a little obscure, even for our site, but in light of our discussion here, it really doesn’t get better than this. Created by the fantastic, 25-year-old minds of Zachary Johnson and Jeffrey Max, who co-own the production company Fatal Farm, Lasagna Cat takes all the “best” that Garfield-creator Jim Davis has inked and brings it to life on-screen. You’re probably thinking, “Um, okay. Yeah, so what? I can pop in my Bill Murray DVD. Who cares?” Well, what your Breckin Meyer/Jennifer Love Hewitt film won’t have are shoddy wigs and costumes, tacky lighting, and countless music videos inspired by a variety of strips that date back to almost 30 years ago. Now you’re probably speechless…or just confused. 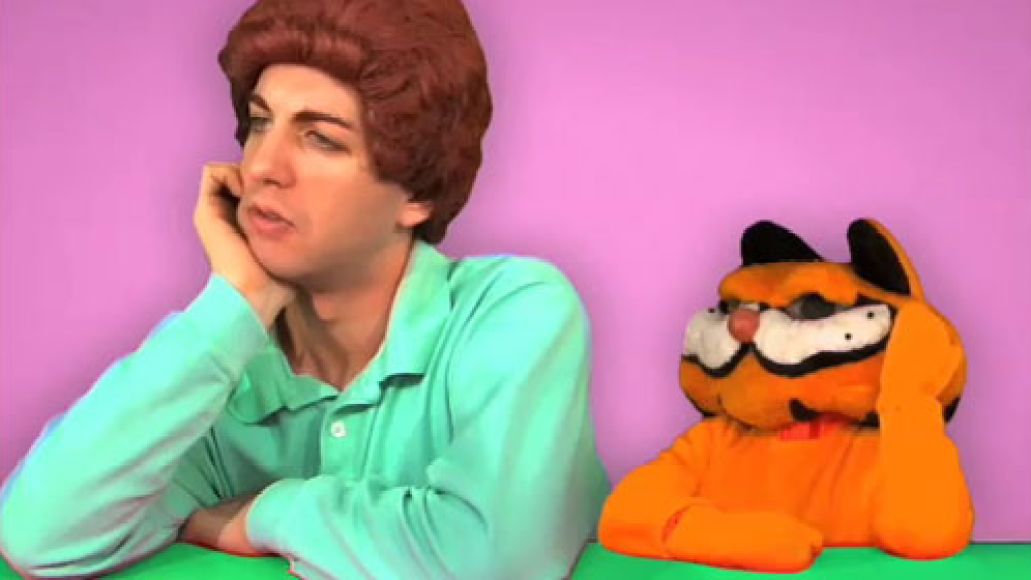 Throughout 27 hilarious videos, Fatal Farm has successfully and dazzingly reenacted a handful of carefully selected strips in Garfield‘s 40-plus year history. Each of the strips’ three panels are shot with precision that rivals even the likes of Stanley Kubrick, yet once it folds out altogether, there’s a simple realization that comes instantly: Garfield is the stupidest comic strip of all time.

Yet that’s exactly what Lasagna Cat exploits. These strips are campy, if not downright horrible, and Fatal Farm pokes fun at ’em. They present the material as is, but by bringing it to screen, you realize just how inane this comic has always been. It’s not like these videos try to embellish it, either. Each of the actors on-screen, especially Jeffrey Max, who plays Jon Arbuckle, Garfield’s loony and dorky owner, exude just enough emotion to not under or overstate the strip’s integrity (or lack thereof). The irony is that as lame as the comic strip may be, when it’s brought to screen, it turns from mundane to absolutely ridiculous. For instance, in one video, when Jon comes to the harsh realization that he’s used Garfield’s cat brush, he yells, “Oh no! I’m using the cat brush!” and there’s this tongue-in-cheek humor about it that’s uncanny and irritating-ly catchy. 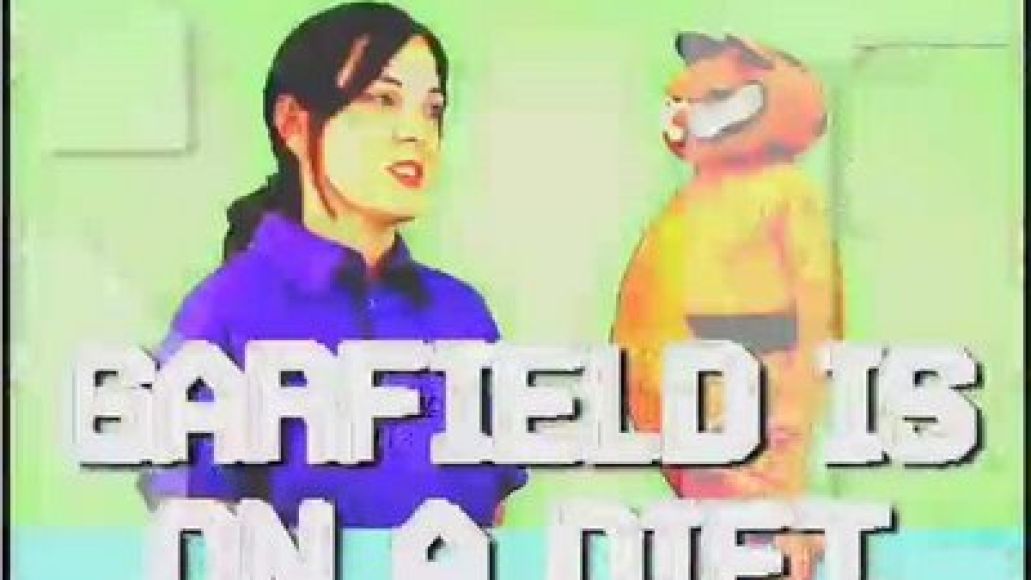 But here’s where it sticks! Immediately after each video, a drum roll kicks up, some crowd applause ensues and the corresponding strip is revealed, which then dissolves into an accompanying music video. This is where terms “weird”, “cosmic”, “awkward”, and “ridiculous” come into play. In one particular clip, involving the beloved cat brush, the strip dissolves into an absolutely fantastic music video for Nine Inch Nails’ “Head Like a Hole.” Never again will you listen to the song the same way. The same can be said for The Bangles’ “Manic Monday” or The Eagles’ “Desperado.”

Still not sold? Well, that’s okay. We hand picked our favorites and slapped ’em together to get you hooked too. Be prepared and forewarned, as you may find yourselves waking up at three in the morning to listen to Jon’s overdubbed catch phrases that filter in and out of Spandau Ballet’s “True.” Oh, and unlike most internet videos, these just get better each time you watch ’em. So, it’s kind of like cocaine.

Lasagna Cat is the Greatest Web Series of All Time