By now, most of us are aware that The Decemberists are making a rock opera going by the name of The Hazards of Love that undoubtedly will be phenomenal, like the last (see 2006’s The Crane Wife). In case you don’t, news about the forthcoming effort, due for release on March 24th, has been floating the web for months now, detailing the record to be an amalgamation of a bunch of crazy stuff (stoner metal, folk, etc.).

However, up until now, the only previews of the album have been in the form of crappy live audio files that don’t provide us with much. Obviously, as is expected, with all the hodgepodge of news about the new album, Decemberists fans want to hear it, and soon. Colin Meloy and his friends have acted accordingly and have offered up one of the title’s 17 tracks, “The Rake’s Song”. I wasn’t sure exactly what to expect, but was excited as ever to hear the song, and luckily it did not disappoint in the slightest. Let’s be blunt here, this song is amazing. What starts out with typical Decemberists acoustic strummings 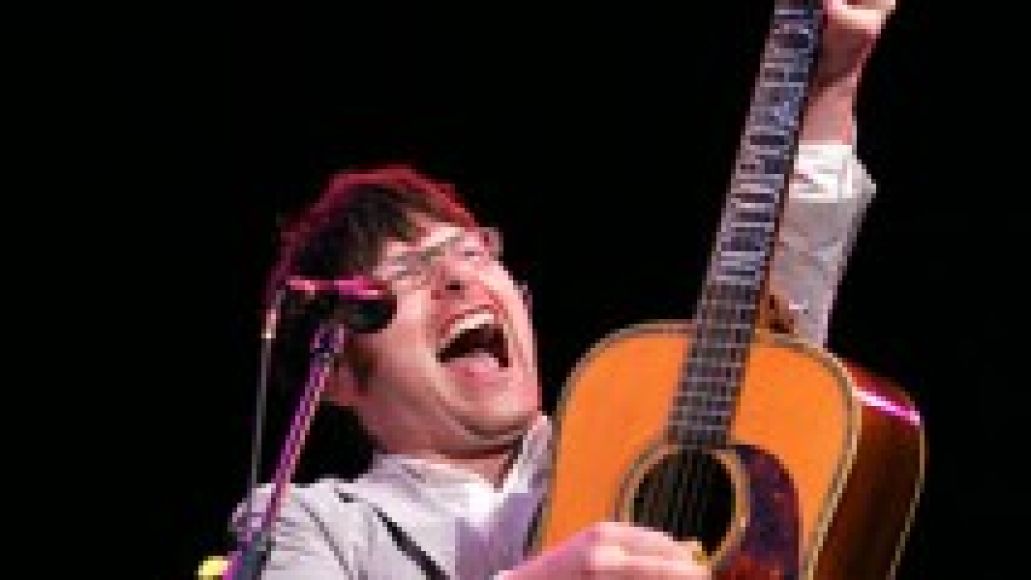 soon joins forces with droning electric guitars and pounding (I mean pounding) toms and bass drum.  At just over two minutes, it packs in enough goods that folks should be even more eager for The Hazards of Love‘s March 24th release (via Capitol) than before.  I think we can all agree that this is shaping up to be one hell of a release.

Download the song for free here (giving up your e-mail, of course).

The album’s story seems to be pretty crazy as well.  In a press release, the following album information divulged:

The Hazards Of Love tells the tale of a woman named Margaret who is ravaged by a shape-shifting animal; her lover, William; a forest queen; and a cold-blooded, lascivious rake, who recounts with spine-tingling ease how he came “to be living so easy and free” in the aforementioned “The Rake’s Song.” Lavender Diamond’s Becky Stark and My Brightest Diamond’s Shara Worden deliver the lead vocals for the female characters, while My Morning Jacket’s Jim James, Robyn Hitchcock and the Spinanes’ Rebecca Gates appear in supporting roles. The range of sounds reflects the characters’ arcs, from the accordion’s singsong lilt in “Isn’t it a Lovely Night?” to the heavy metal thunder of “The Queen’s Rebuke/The Crossing.”

If that’s not enough to rev your engine, additionally, the band will tour in the spring, performing the record in it’s entirety for each show’s first half and then progressing into older material for the remainder. That should probably not be missed. God, at this point I’m even excited just to see what the album artwork will look like.

Check Out: The Decemberists' "The Rake's Song"