There isn’t much left to say about the election of Barack Obama and his impending Inauguration on Tuesday. The same is the case for today’s pre-Inauguration ceremonies; appropriately titled We Are One, the star-studded, must-see concert/celebration officially kicks of at 2:30 p.m. EST and is essentially available to any and everyone. So rather than bore you any further, let’s just get to the details…

The Opening Celebration will be a marquis event, featuring some of the biggest acts in the world of entertainment to celebrate our common heritage and our new direction. President-elect Obama and Vice President-elect Biden will both attend the event, which will be free and open to the public. The talent lineup will include… 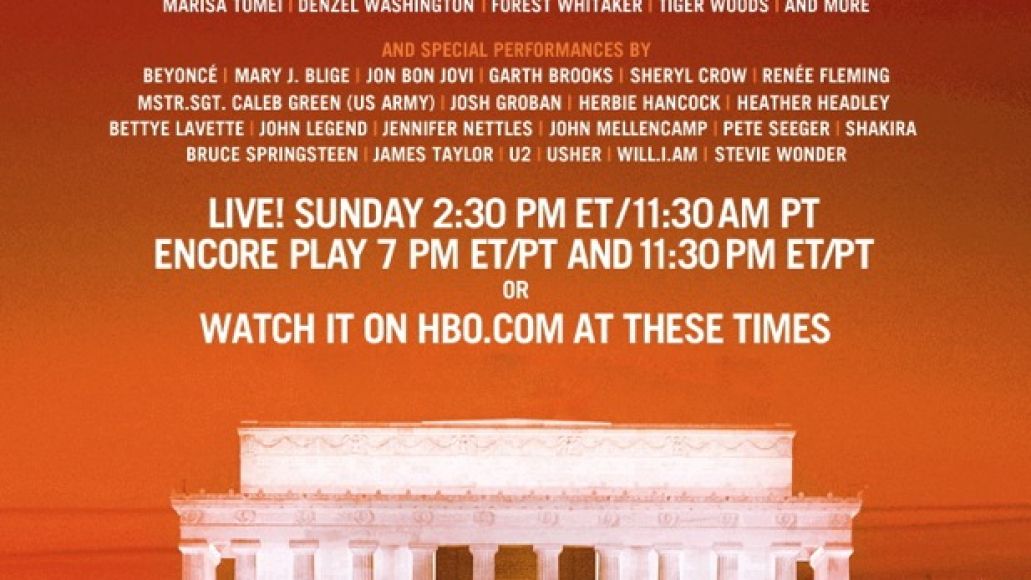 Check Out: We Are One