Call it a warm spell, but when snow is falling and ice is melting, that’s always a good sign that things aren’t quite as cold as they should be. So naturally, people were out in full force on Saturday night, looking for a place to “get their freak on”, and while any bar in Wrigleyville would have sufficed, they’d be shit out of luck for a decent DJ. That’s because Schubas had them all locked down. On night four of Tomorrow Never Knows, there wasn’t a skipped beat as the venue’s doors opened on Belmont and Southport. Piling in, scenesters and yuppies alike clamored for the coat check, queued for a drink, and set up their assets on the dance floor. 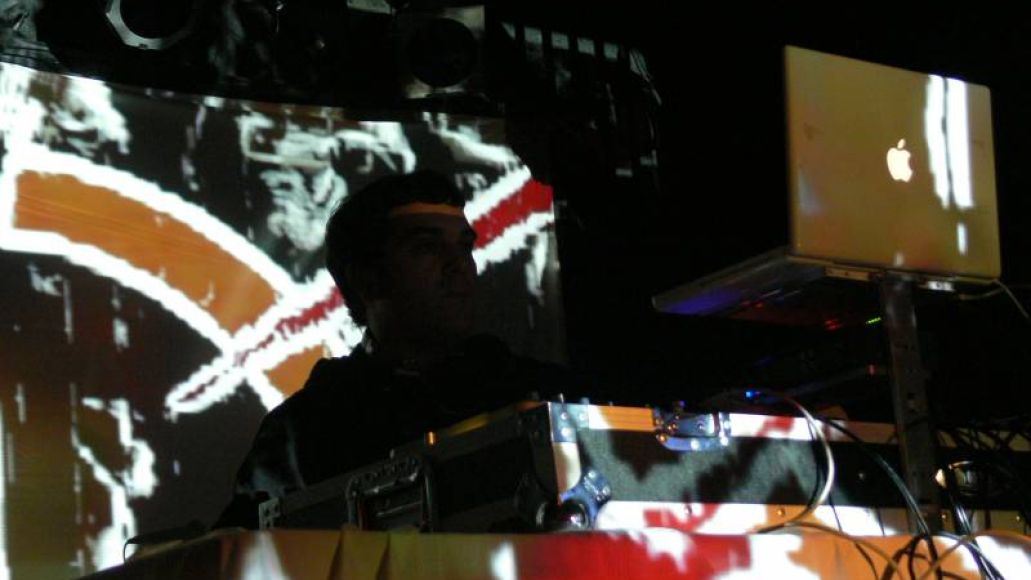 Let’s not go overboard though. Things didn’t necessarily start off like the better half of a Daft Punk show. Setting up shop, Pretty Good Dance Moves worked some magic from behind his Mac.  Honestly, even though he spun everything from ’60s pop to Arcade Fire, the thirty or forty non-ambitious people in the actual venue stood around playing with their hair or gyrating slowly, keeping distant and fractured from the DJ. Imagine a middle school dance floor, only the teachers showed up and the students stayed home. Yeah, pretty awkward.

Fortunately for everyone (Schubas included), some heavier beats and an involved showcase brought things up to speed. Behind a white, rubber bird mask, the aptly titled Bald Eagle meshed some exciting tunes together and insisted that everyone grooved. More and more jumped on the “dance floor” and the party started to evolve. The Chicago DJ was prepared too. On the screen set up behind him, various canned footage, from rare Disney clips to nature caputres, added an element of mystery missing beforehand. The music wasn’t too standard either, as Bald Eagle kept it primarily retro with 80’s glam, until opening up his catalogue for the eclectic minds, mixing the tiger style sample from “Wu-Tang Clan Ain’t Nuthing Ta F’ Wit” into an instrumental version of Dido’s “Thank You”. The thumping, distorted bass present in every transition kept everyone in a daze-like trance, and the warped tones brought hands and arms in the air. 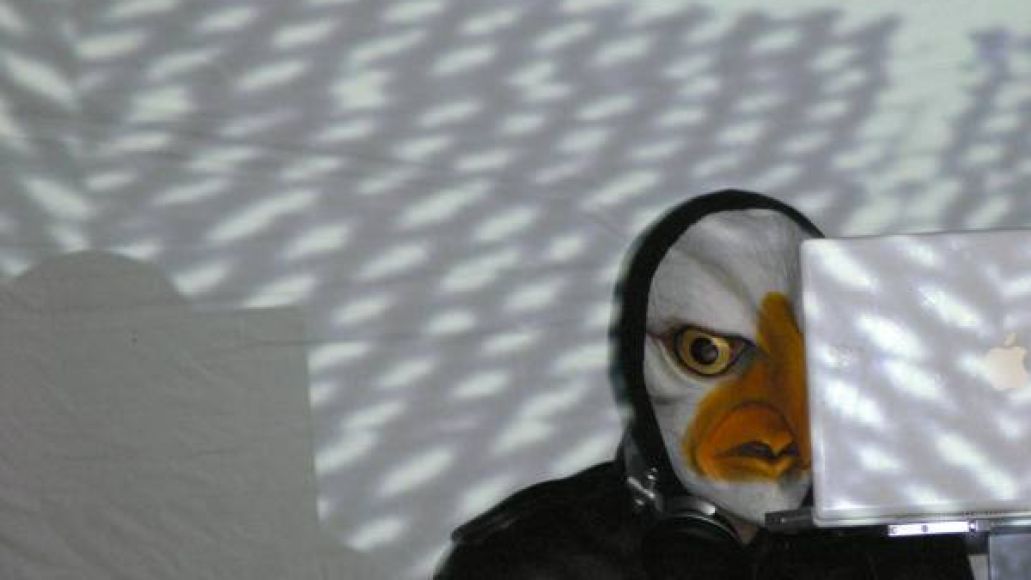 Not a second of silence was spared between Bald Eagle and Canada’s Thunderheist. The beat must always go on, and even if the DJs were setting up, the house PA kept the rhythm from dying off. Rather than taking a break, more Chicagoans poured in, eagerly anticipating the next two acts. From out of the crowd, a skinny, pale white kid wearing a black hoodie jumped up on stage next to the aggressive and frenetic black, female singer waiting. Some familiar with the act started cheering passionatly, and soon enough everyone came to know Grahm and Isis, respectively.

The Toronto/Montreal duo paraded through a slew of tunes. Although Grahm took recluse from behind his drum machines (and under his hoodie), he did manage to squeeze in a few harmonies and vocal hooks himself. However, it was Isis’ show, and she made sure everyone knew that. The performer, who shared a startling similarity to Hustle & Flow actress Taraji Henson, bent backwards and forwards for a crowd that showed her nothing but love. 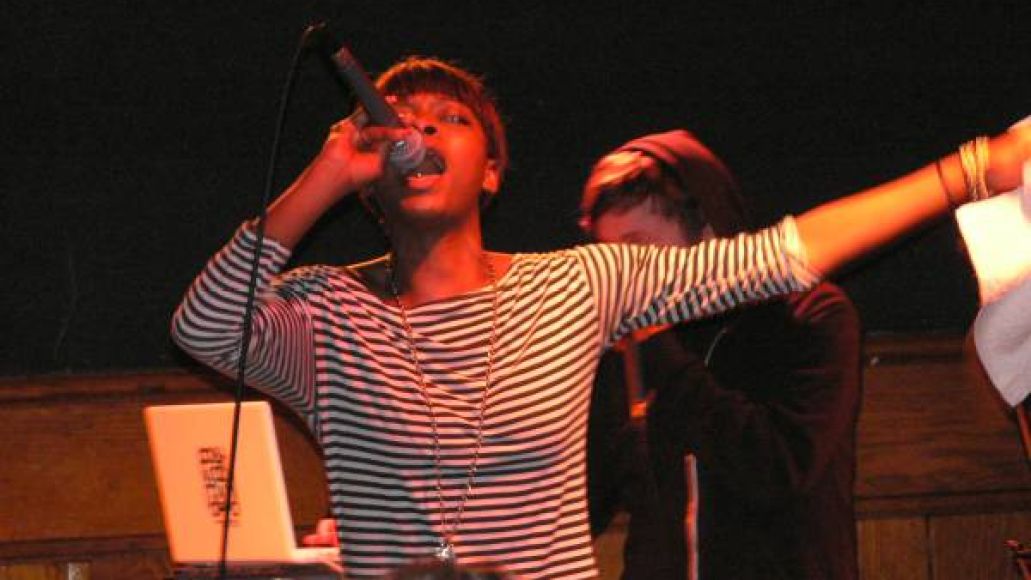 Though despite having energy that could rival a ten year old on a sugar-high, the music wasn’t up to par. Over generic drum-n-base type beats, Isis threw out some pretty stale lyrics, and even if the music was only meant for the ears and hips of every clubber, there could have been a bit more there. Musically, it sounded as if you happened to walk by your neighbor’s house, and even from the sidewalk, you could hear the muffled sounds of Salt N’ Pepa. If that’s your thing, then by all means…find this act.  All in all, the entire charade was more fun to watch than to listen.

By midnight, the room was one mounting sea of flesh, sweaty and humid with the stench of Pabst Blue Ribbon and the mess of a dozen cocktails. Waitresses still shimmied by, while more and more clubbers (think “Look at my fuckin’ haircut!” types) poured in from the streets. After setting up the only traditional instruments of the night, Chicago’s own Hey Champ flipped the switch and added some rock to the dance. 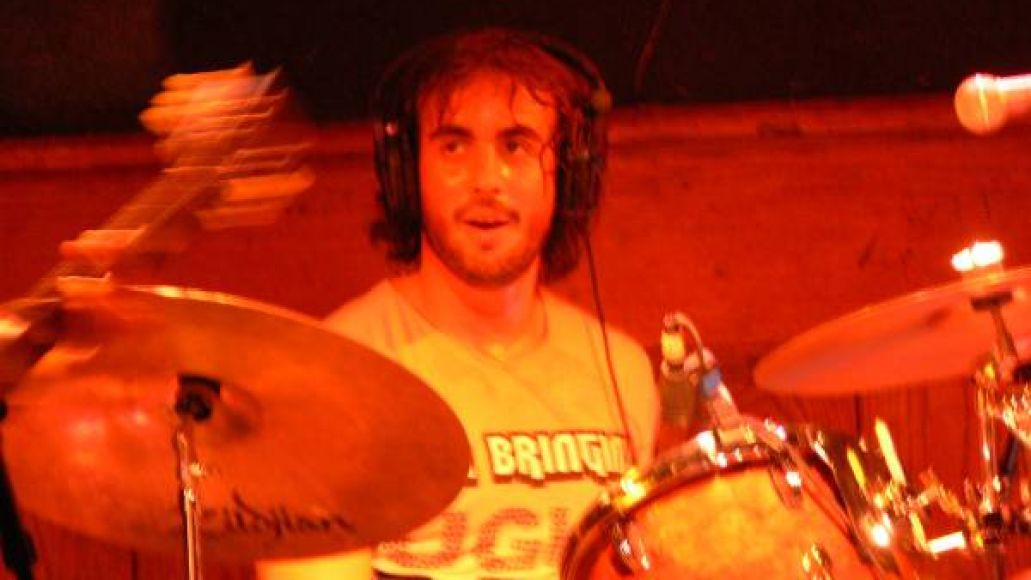 Drummer Jon Marks was already sweating by the time the trio started. His tight drum fills resonated loudly and everyone in the room, the band included, followed his lead. Vocalist Saam Hagshenas swayed a bit behind the mic, but more or less focused on maintaining a cool composure while playing some of the necessary guitar licks to get the songs moving. When Hagshenas started playing the overly U2-influenced lead riff to “Cold Dust Girl”, the audience erupted, and by the time Pete Dougherty added some atmosphere from his synthesizer, the music peaked.

What followed were some new cuts off the band’s upcoming album, which will be on Lupe Fiasco’s label, 1st & 15th. Mosly ’80s influenced, the polished tunes went over well with an audience eager for anything that carried the slightest hint of a catchy hook. Hey Champ certainly delivered, borrowing from the likes of New Order or Duran Duran. By the time they finished off the few established hits (“Face Control” for one), much of the core audience vacated the area, perhaps to cool off or well, hit another bar? 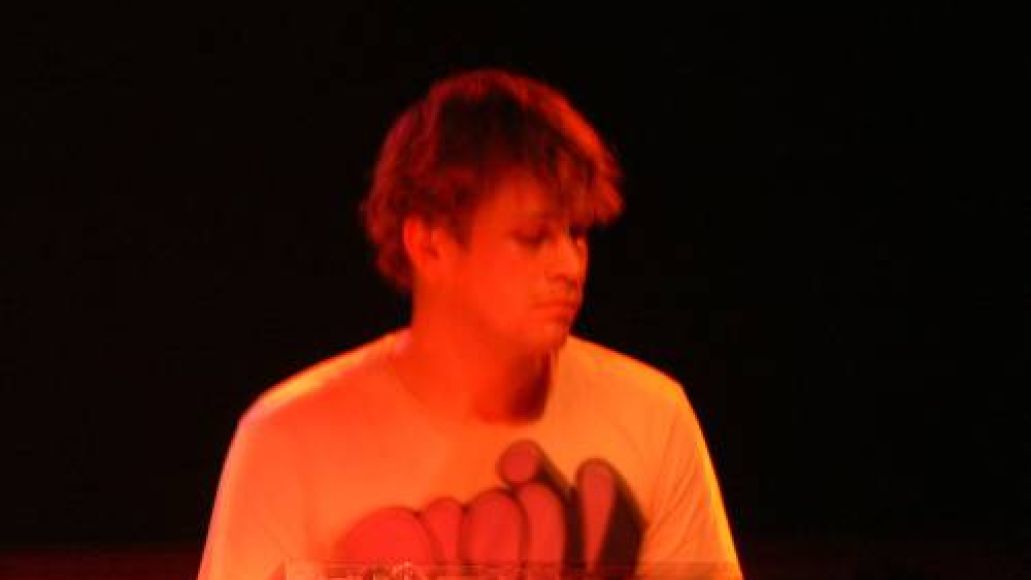 Whatever the case, Schubas threw a curveball with Saturday, and after three straight nights of rock-based material, dancebeats were a blessing in disguise. It also proved successful for the venue considering the bar was jammed unlike most other nights. Who would’ve thought monotonous dancing would be so tiresome and…induce thirst? Perhaps the venue had some hindsight into this. 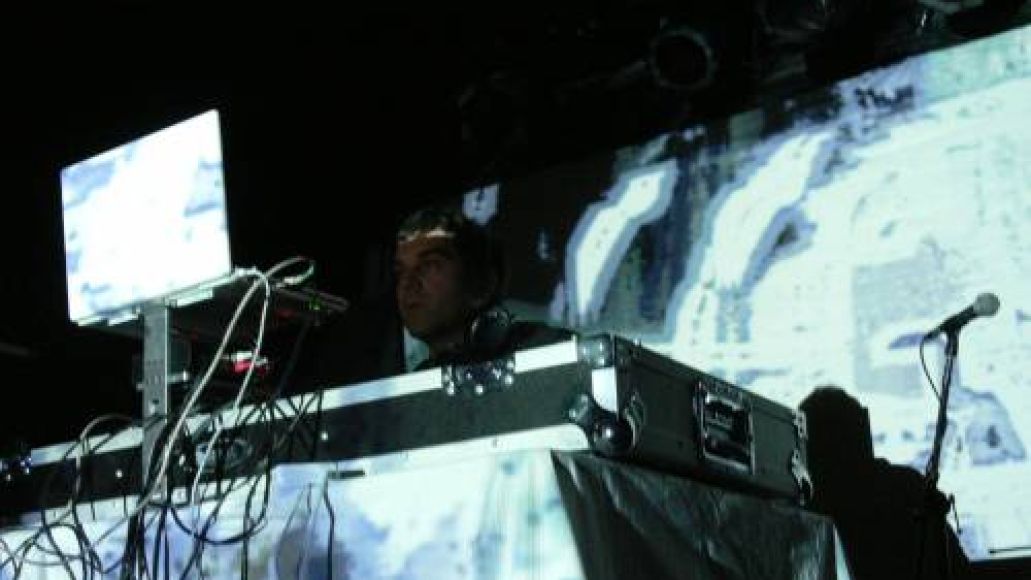 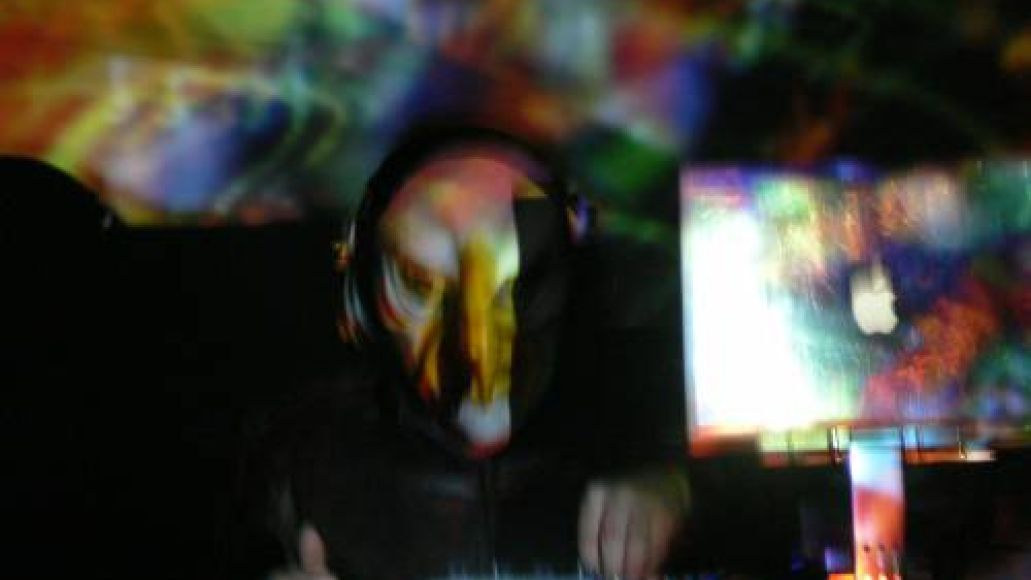 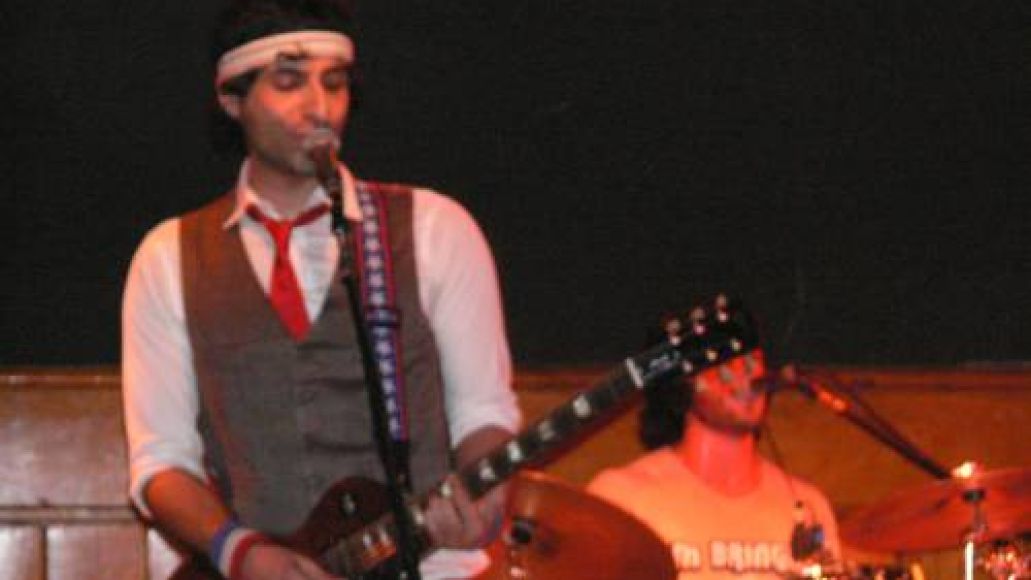 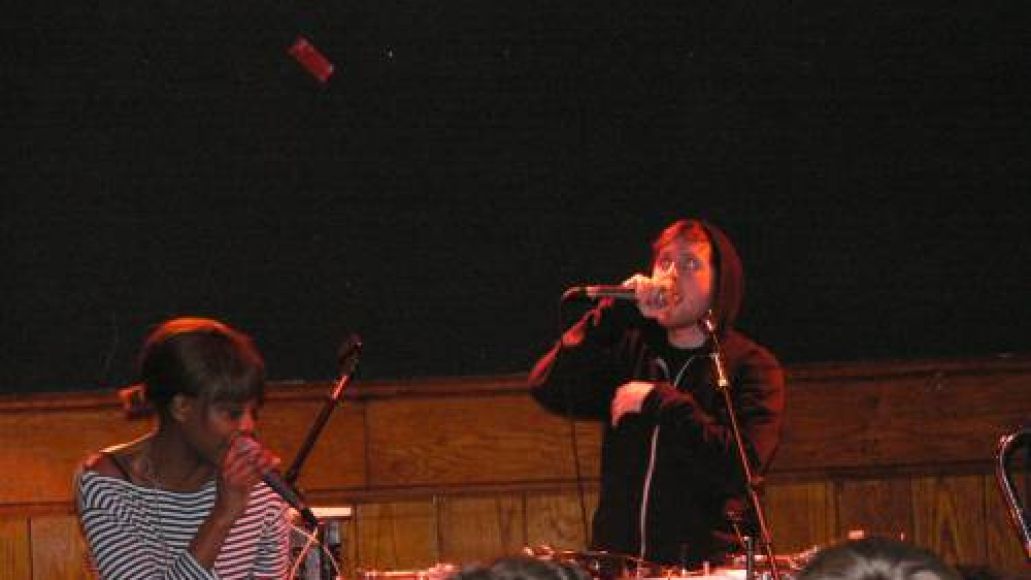