Girl Talk’s Greg Gillis is an omnipresent musical being, existing in no set decade and keeping an eye out on just about every musician who’s ever stepped up to the plate. Last year was kind to him, as his recent work, Feed the Animals, graced nearly every year-end list (including our own) and brought the former medical student to every popular music festival nationwide. So why not start out 2009 in the typical party guru fashion? A sold out show at the Pageant in St. Louis seemed sufficient enough.

It should be said that it was no small feat to sell out a show at the 2,300 max capacity Pageant, especially in a fairly weak concert selling city like St. Louis and on a night where under 10 miles away Lil Wayne, T-Pain, and the Gym Class Heroes were creating a hive of activity at the St. Louis University campus. Context aside, Gillis brought the party, and for one-fourth of the price, the crowd jumped up and down and danced to samples of Wayne’s songs, which seemed rather tongue-in-cheek as he was playing right down the street. 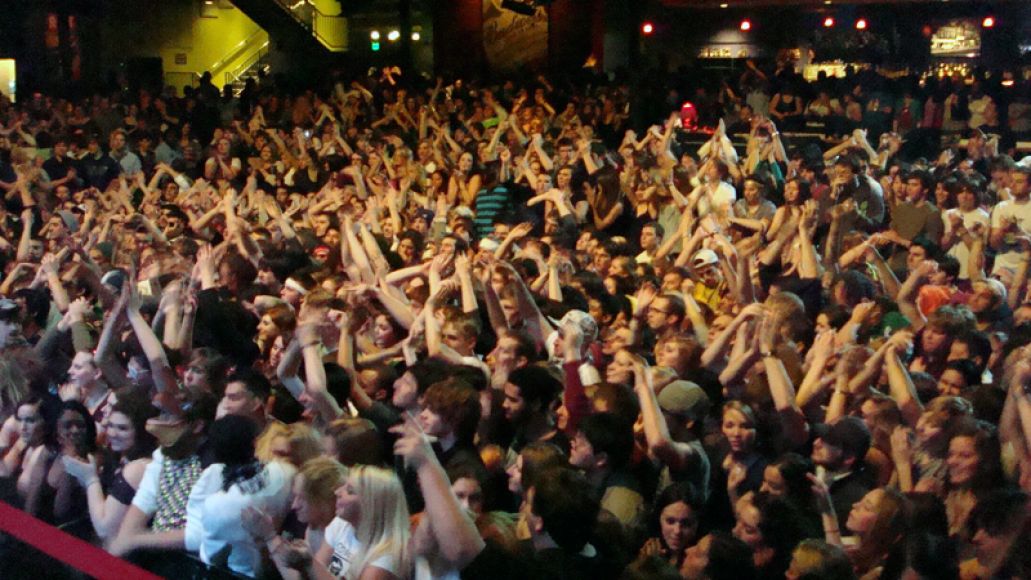 All great acts need a great lead in, and maybe sometimes, someone to make them look better. On this night, Gillis would have both. Opening act, Chicago rapper, Hollywood Holt, took to the stage with absolute tornado of noise and furious physicality.

The rapper, backed up by former M.I.A. DJ, Million $ Mano, came out and got the crowd jumping, swaying, and at the end, physically keeping him from hitting the ground as he jumped into the mass of bodies. Having recently been anointed next big thing by Kanye West, Holt stood up and delivered on the promise.

Next up was fellow Pittsburgh rap duo, Grand Buffet. Though the group tried their best to please the crowd, few in the horde were going for it. It got ugly quick. As soon as the duo walked on stage, an icy chill wafted over the crowd that had been red hot minutes earlier. Vulgarities, along with middle fingers, were thrown casually. The duo quickly let it get to them, often addressing the crowd. As if the awkward chit chat about politicians eating babies (and how they felt about microwaves) weren’t enough, the group couldn’t get past the boo-birds in the crowd, and therefore failed to please those looking to have a good time. However, the fairly short and awkward set left the crowd more excited than ever to see the main attraction. 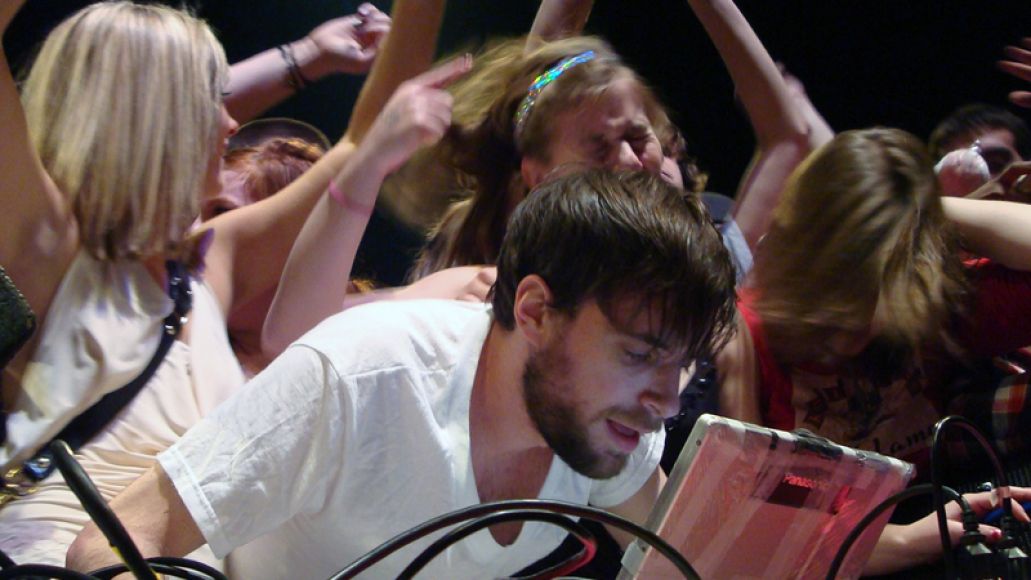 It’s amazing that in such an extremely short amount of time Girl Talk has gained the popularity to go from playing several hundred capacity clubs to venues like the Pageant. With major planning and assistance from the security crew, the crowd quickly made its way on stage and a usual Gillis-endorsed show ensued.

There’s truly no way to describe a Girl Talk crowd. It’s as eclectic and seemingly random as Gillis’s own music. St. Louis was no exception, overloaded with spandex wearing teenagers, animal masks galore, guys wearing dresses and last but not least, Gillis himself wearing sweatpants.

The dance party went on for an hour and a half, and just like the music, not one person quit moving, jumping, or partying. No matter your taste in music, believe me, you will hear something you can tap a toe to, as a Girl Talk show is an entirely unique experience that is not to be missed whether in a small club, a large venue, or the traditional music festival.