The concept album is an unusual beast. Sometimes the plot of the album is blatant and clear. Sometimes you know there’s a concept there, but couldn’t articulate it if you tried. Either way, interweaving and consistent lyrical themes, instrumental motifs and the like produce some of the best albums out there. This list includes all of that, from the clear to the gauzy, from the sublime to the eerie. If you like Rush, Jethro Tull or The Who, this list isn’t for you. This list is for those of you that are really smart, cool people.


10. David Bowie – The Rise and Fall of Ziggy Stardust and the Spiders of Mars 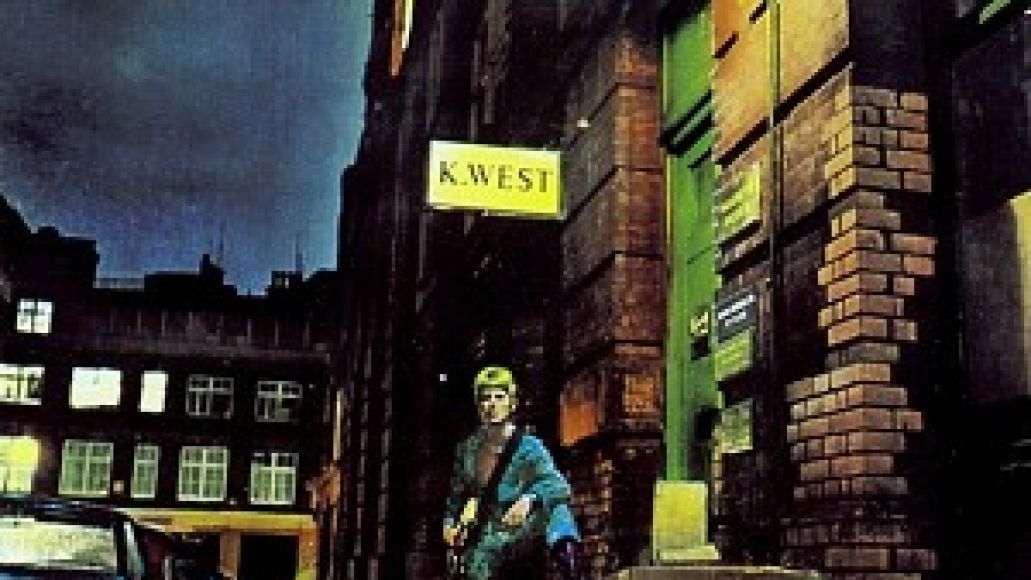 It wouldn’t be a top concept album list without Bowie. Ziggy is an alien bringing a message of freaky love and hope to earth.

Beyond being a totally weird concept, this thing includes the legendary tunes “Five Years”, “Suffragette City” and “Moonage Daydream”.

9. Rock Plaza Central – Are We Not Horses 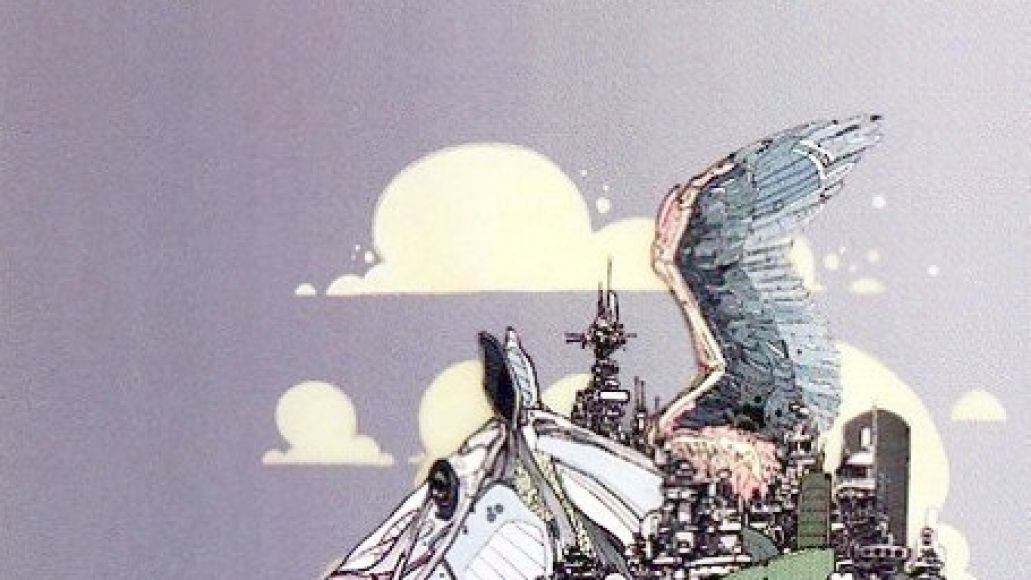 Gothic folk about mechanical horses with artificial intelligence advanced enough to think they’re real horses, but also to question whether or not they were only programmed to think that. Also they’re caught in the middle of a battle between good and evil.

Lead vocalist Chris Eaton caterwauls in this nasally opera full of dense acoustic guitar and violin. Equal parts Tom Waits, Neutral Milk Hotel and O’Death, the robo-horses on this excellent disc are more human than many other narrators in the musical lexicon. 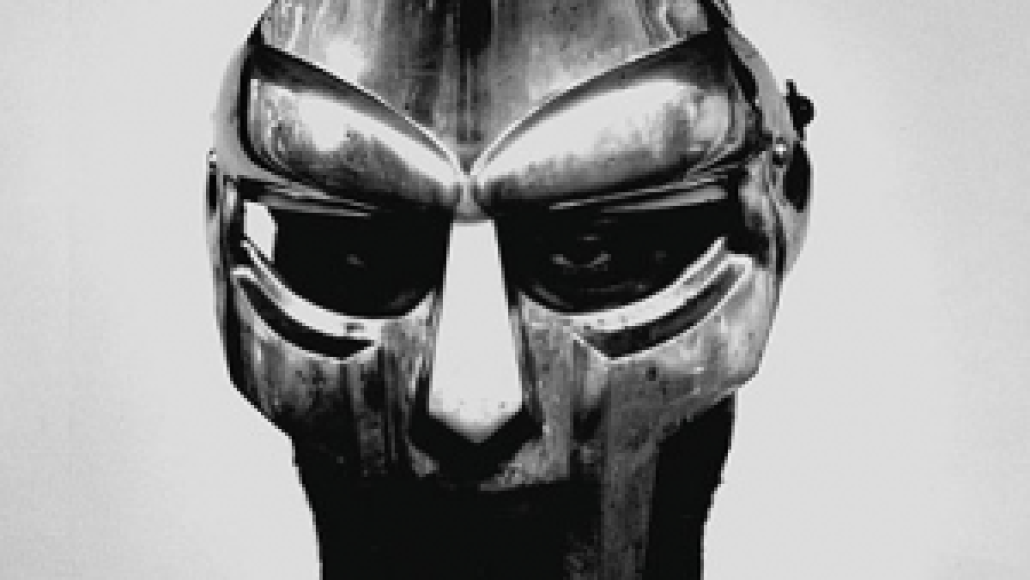 MF DOOM is the ridiculous rapper behind a bunch of concept albums, but this may be his best. Alongside producer Madlib, Madvillainy samples a lot of comic book-centric sounds, most notably snippets of dialogue about Fantastic Four villain Dr. Doom, a character important to Daniel Dumile’s MF DOOM persona.

The samples set up DOOM and Madlib as master villains, while Madlib organizes scratchy orchestral punches underneath, sounding like the perfect background to an episode of “Batman”. DOOM’s flow is as sharp as ever, especially on “Great Day”: “It’s easy as pi, 3.14, One more one false move and they done for.” 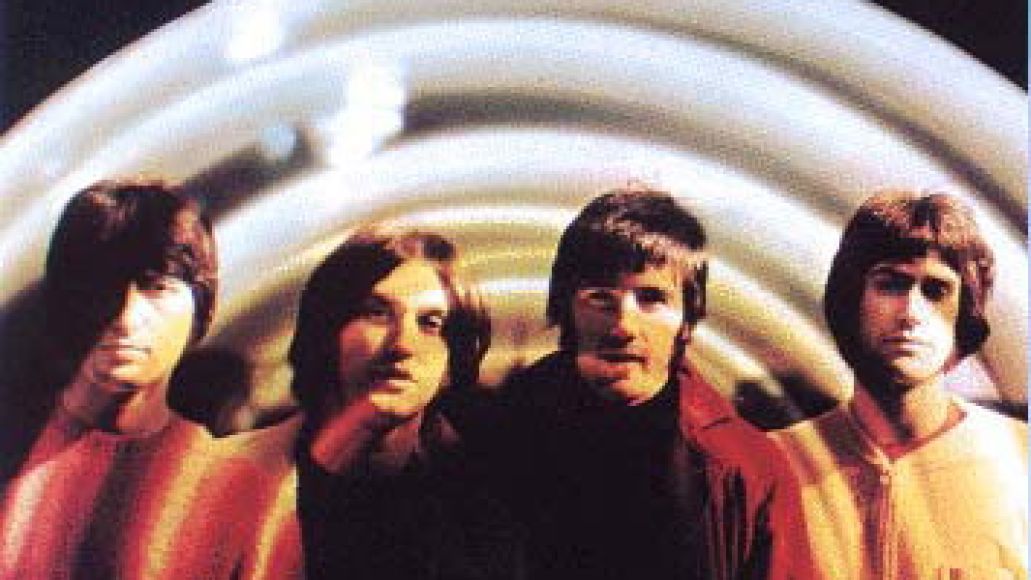 Ever lust for life in small-town England? Just pop in this disc by the Davies brothers and be transported across the Atlantic.

The title track denies the demise of the hamlet, instead forming a society for its survival. “I miss the village green and all the simple people” says side 2 standout “Village Green”, summing up the themes. “Picture Book” is infectious in its jangly melody and nostalgic lyrics. 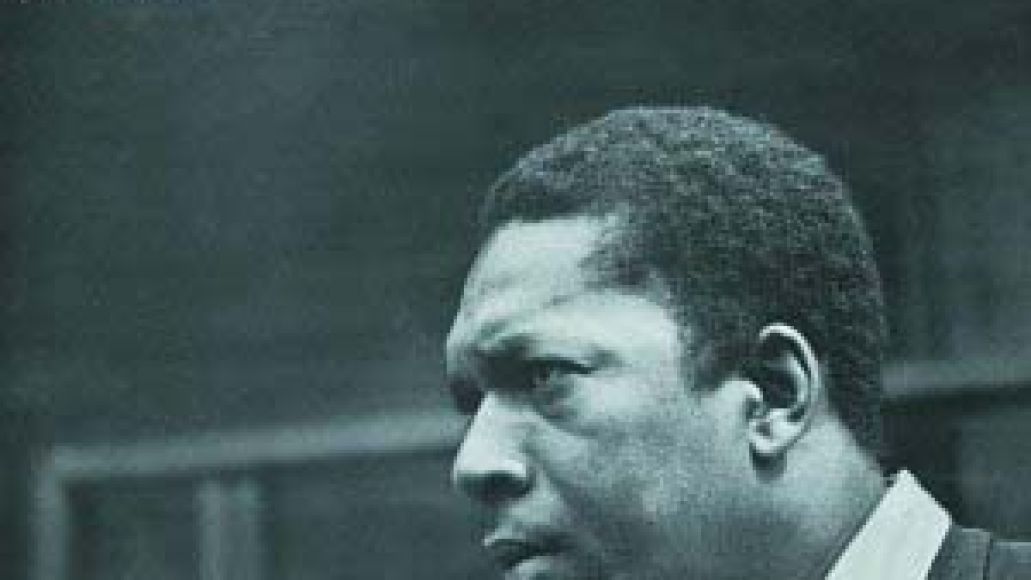 Another legendary jazz album, A Love Supreme is Coltrane’s hard bop tribute to all things spiritual. The four piece suite starts with an “Acknowledgment”, followed by “Resolution,” “Pursuance” and “Psalm”.

At its core, Coltrane’s tenor sax bleats and swoons along with some of the best musicians available at the time. McCoy Tyner’s piano plonks along, Elvin Jones drums are transcendental. “Acknowledgment” establishes the theme, a four note bass motif from Jimmy Garrison, with Coltrane, one of the best saxophonists ever to play, soloing majestically. Eventually, he adds his voice to the mix, chanting “A Love Supreme,” overdubbing himself a few times alongside. The closing “Psalm” features Coltrane’s sax interpretation of a devotional that he wrote for the liner notes. Kool Keith is one weird dude. Only he could pull off an alter-ego like this.

Dr. Octagon is a time-travelling alien gynecologist, that also sexes up some of his patients and nurses. Largely produced by Dan the Automator, this head-scratcher is worth more than a few listens. 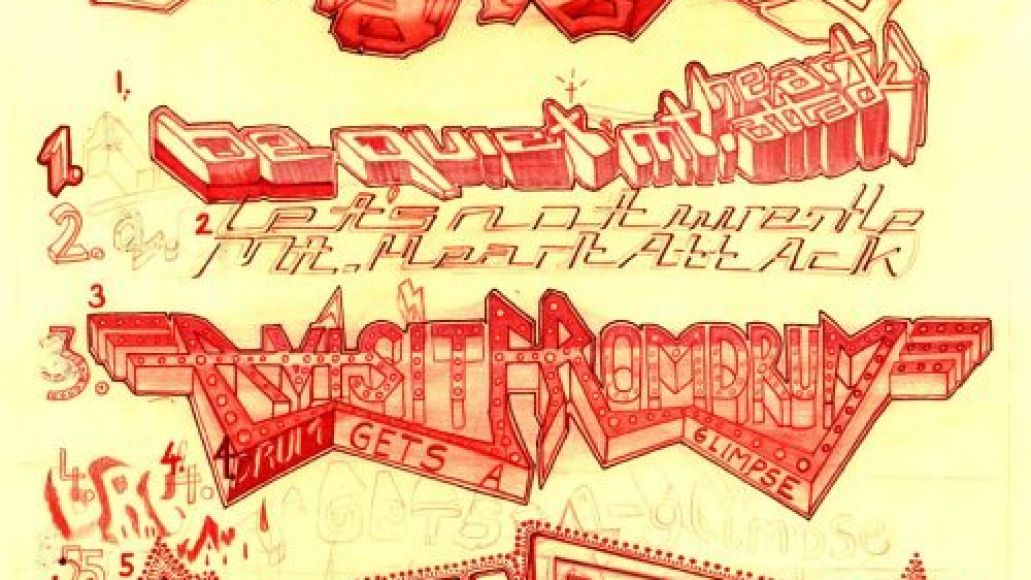 Mt. Heart Attack and Drum are the two characters that come into and out of discussion through Liars’ 2006 Drum’s Not Dead. Who are these characters? What the hell are they doing? I don’t think I could say for sure, but they each have their own themes and moods. Looking for help in the lyrics would be difficult; instead of lyrics, the booklet lists guitar specs that would make a gear geek cry with joy.

“Be Quiet Mt. Heart Attack!” establishes the album’s esthetic, pounding rhythms and angular feedback, with Angus Andrew howling. “Drum and the Uncomfortable Can” is a rampaging story about escaping a murder. Much like The Getty Address (see below), there’s an accompanying DVD, but in this case, there are three different album-length videos to go with it. 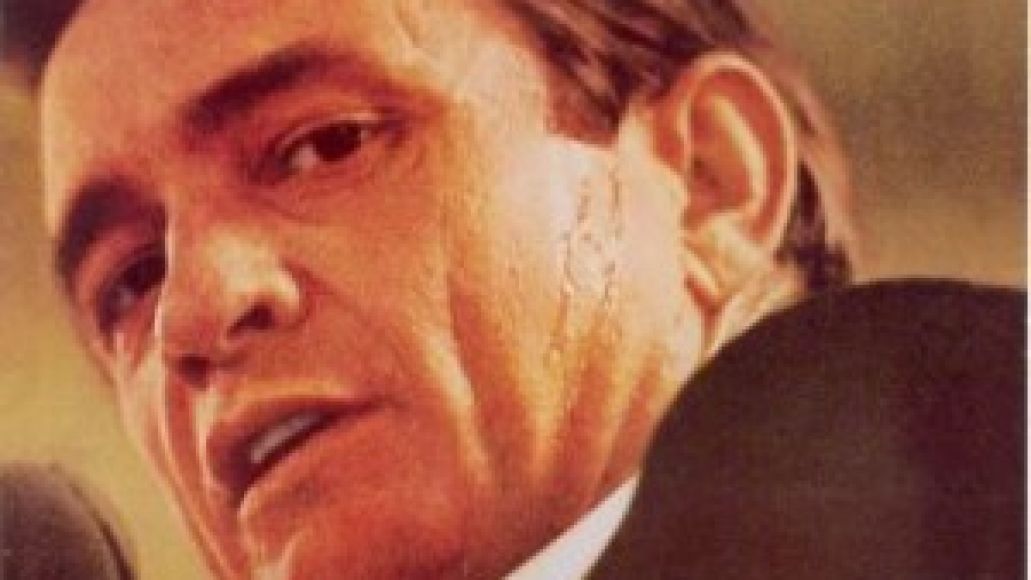 The result of two shows at California’s Folsom State Prison in the summer of 1968, the final product encompasses the harshness of prison life, combined with the troubles Cash was dealing with at the time, from his struggles with drugs to his shaky family life.

Side 1 kicks off with “Folsom Prison Blues”, originally written by Gordon Jenkins but re-envisioned by Cash, a sharp piece about a murderer listening to a train whistle blowing freedom outside his window. “Cocain Blues” is about a man who shoots his wife after too much coke and whiskey.

The closing song of side 2 is “Greystone Chapel”, written by Glen Sherley when he was an inmate at Folsom. As legend has it, Cash heard the song for the first time the night before this set was recorded. He learned it overnight, and the song’s lyrics about the freeing power of religion drew a huge response from the prison crowd. Hearing these songs of hard times and the glory of freedom have even more punch, considering the meaning it had to the audience.

2. Charles Mingus – The Black Saint and the Sinner Lady 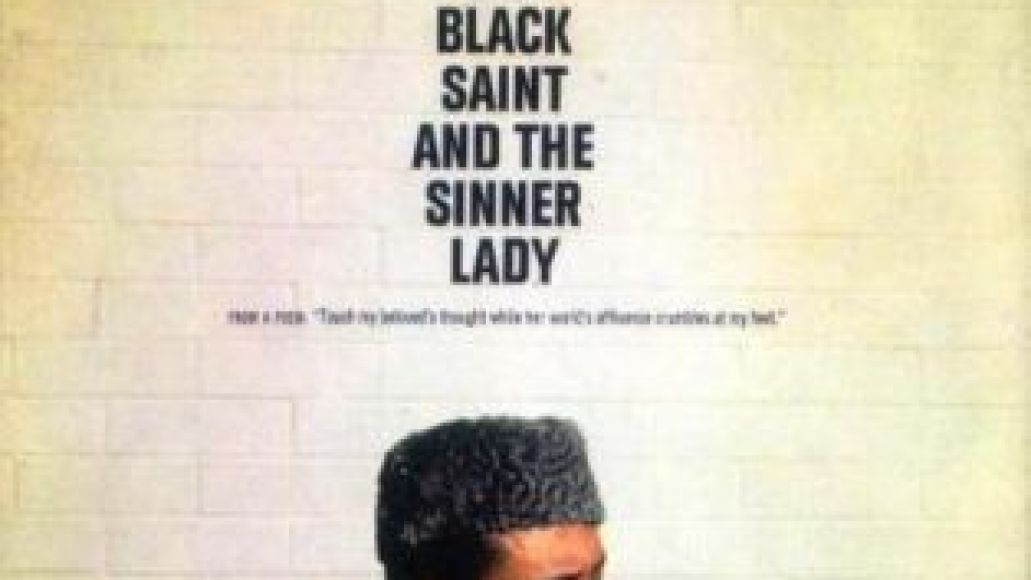 You know this will be a good album when the liner notes are written by the artist’s psychotherapist.

Part orchestral jazz, part Latin swing, part folksy back porch jaunt, this is one of the best jazz albums ever written. Charles Mingus’ six-part suite was written for 11 musicians with ballet accompaniment, the piece feels like a tortured walk through dark city streets. The emotional tumult, while it may sound chaotic or harsh to some, is masterfully orchestrated and moving. Low muted brass, including contrabass trombone, filter in and through woodwinds, all while Mingus’ bass rumbles and stumbles underneath. 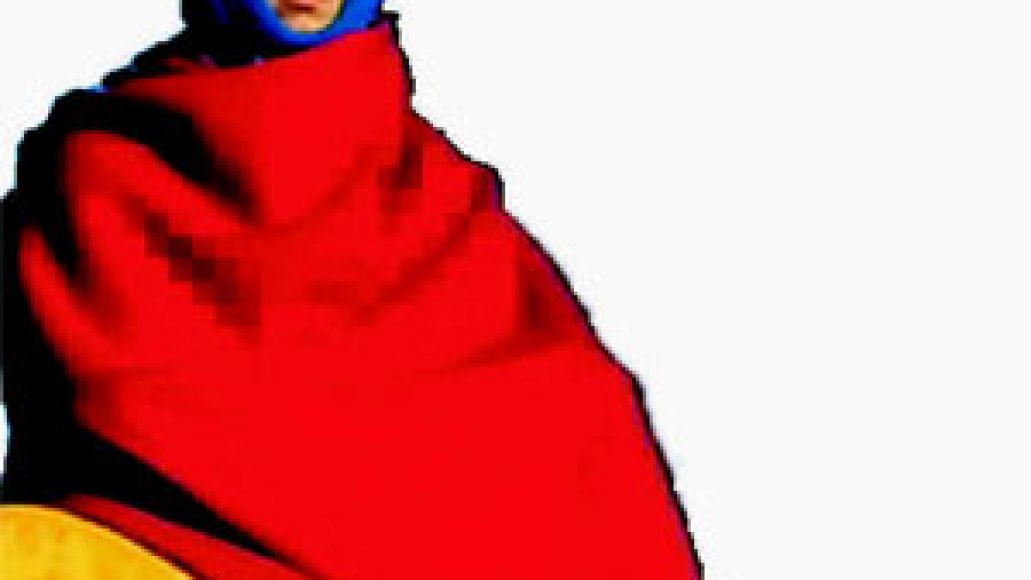 This is Dirty Projectors mastermind Dave Longstreth’s masterpiece: a glitch-pop opera that’s equally high on concept, technique and song-writing. Somehow, Eagles singer Don Henley is the narrator, a nomadic wanderer through a semi-apocalyptic America, Ancient Mexican oil fields and the highways in between. There’s never any specific mention of Don Henley’s Eagle-dom, but this Henley is a sort-of-suicidal nature lover, a man on the outskirts of society.

2004’s expansive “Slaves’ Graves and Ballads” featured Longstreth writing for the orchestra he arranged, The Orchestral Society for the Preservation of the Orchestra. This album takes similar orchestral pieces along with choral arrangements, but Longstreth chops them up and rearranges them to use underneath his vocals and other instruments.

In case you don’t catch the meaning right away, James Sumner animated an astoundingly beautiful DVD that captures every moment of the album. The videos feature Longstreth in a red cloak, walking through a digital world full of roaring semi trucks and giant, ninja-herons. The whole thing’s available on Pitchfork.tv, but I’d recommend buying the DVD for the full surround sound experience.