We know Neko Case likes animals. After all, why else did we post “People Gota A Lotta Never”, the lead single off the forthcoming Middle Cyclone earlier this month? It’s just, well, let’s just say the Vancouver based singer/songwriter doesn’t look kindly on those folks who give her furry friends a bad rap. Per Spinner.com:

“On tour I spend a lot of time in hotels…I always watch TV on the treadmill, and so many times there’d be some horrible animal disaster — somebody being mauled to death by a tiger or an elephant that rampaged. Those stories are so depressing, and the animal is always the one who gets murdered at the end. I don’t know why people act so shocked. You got in the cage with the tiger, you were harassing it and then it f—ing killed you. It’s a f—ing tiger. What the f— were you thinking?”

“Then they shoot the tiger. That’s hardly fair. It’s a large predator. Or killer whales in zoos — those things are supposed to swim 200 miles a day. It’s like having a teenager and saying, ‘OK, I’m gonna feed and clothe you, but you have to live in this refrigerator.’ 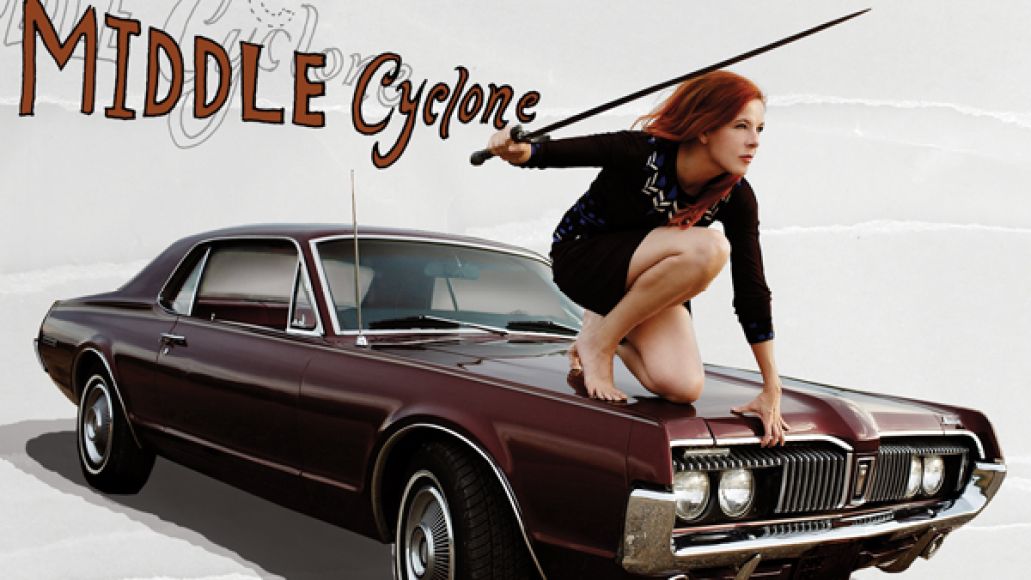 People say [zoos] are for the children, but why would you want your children to see sad, crazy animals?

Nor does Neko like certain animal rights group, who unlike the Best Friends Animal Society, the group she will be donating all profits of the currently ongoing post a song, donate $5 extravaganza, can be a bit hypocritical:

Best Friends took the Michael Vick dogs,” Case points out. “That’s a big deal because a lot of supposed animal welfare organizations like PETA — who can blow me — said you should euthanize the dogs immediately. But it’s not the dogs’ fault that they were fighting dogs — they’ve been abused. Pit bulls are muscular and big, but they’re not man-eaters.”

Woah there. Rest assured, Neko’s recently announced upcoming North American tour won’t be anywhere close to this fiery, unless some one shows up wearing crocodile boots. Tickets for the trek, which kicks off in late March in Austin and takes Case all across the country for the better part of a month, are currently on sale via Ticketmaster.com.