One look at their resume and it’s pretty clear life has been pretty good for the gentlemen of Razorlight. In less than five years, Johnny Borrell and Co. have produced three Platinum selling albums, played alongside everyone from Queen to Oasis, and essentially evolved into one of the shining stars in the music world.

Well, that is the music world minus the United States. Up until now, Razorlight has seen very minimal success in the states. Those three Platinum albums? They were on the U.K. charts. Those high-profile shows? They were in Europe. Ask a American who Razorlight is, and you’ll probably get “Razorwho?” as a response.

Ok, so maybe I’m exaggerating a tad bit. To be fair, the band’s 2006 self-titled effort hit #180 in the U.S. Oh, and they did have a fairly successful run in 2007, which included a stop at South by Southwest. But as 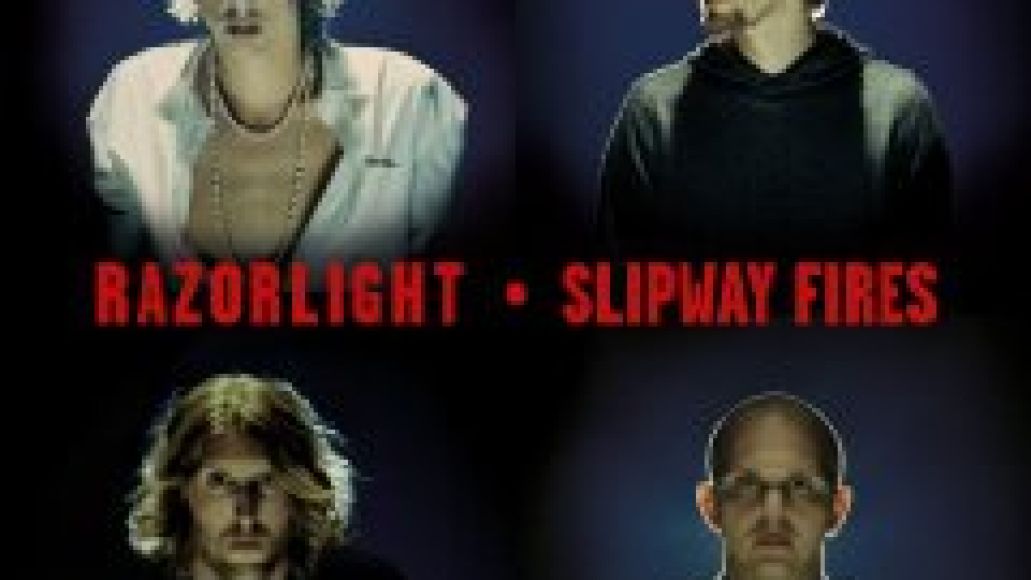 subject line in the press email advertising the U.S. release of their new studio album indicates, these British rockers are still seeking to make their mark here in North America.

To do so, Razorlight will be banking on the U.S. release of Slipway Fires, the band’s first new album since its aforementioned eponymous release in 2006 and third full-length overall. Scheduled for release on March 10th through Mercury Records, the Mike Crossey produced effort consists of eleven tracks, headed by its first single, “Wire to Wire”.

In support of the release, following a few special one-offs in New York, Los Angeles, and Mexico City, Razorlight will embark on an extensive North American tour beginning in late spring. Specific dates are still forthcoming…