And this is why we waited 24 hours before posting about Ryan Adam‘s supposed retirement from music. Because, well, as evident in the singer/songwriter’s recently updated blog post regarding the matter, it simply isn’t true. Per Adams himself:

Of course everything i said got taken out of context.

And there you have it. Straight from the 34-year-old, North Carolina native himself.

In case you aren’t aware of yesterday’s headlines, here’s the basic gist. Late Monday night, Adams offered a lengthy blog posting stating among other things that following The Cardinals’ remaining tour dates, he  will will take a step back from music. “I am however ready for quieter times as I think it is very evident I am 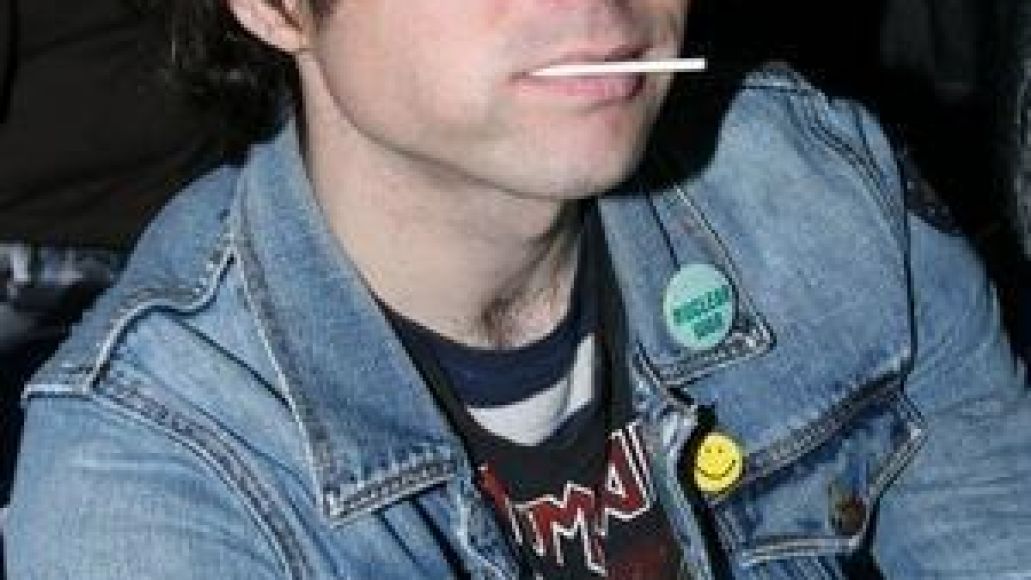 struggling with some balance and hearing issues,” he wrote, pointing to his ongoing battle with hearing loss as the main reason for his decision. ”

Adams has experienced hearing problems for the better part of three years now, first bringing light of the situation following his tour with The Cardinals in 2007. But until now, the singer/songwriter has been able to deal the problem – in just the last three years, he has released three-full length efforts – and it’s consequences, which according to Adam in his original blog entry, go far beyond hearing his fellow bandmates on stage:

I lost more than anyone will ever know (hearing, someone I loved, my sense of dignity, a never ending losing battle with stage fright and now my hearing and balance due to an inner ear issue- people accusing me of not being sober when I am suffering tremendous pain and nausea from my inner ear symptoms- people accusing me of theft (THEFT- ….awful) and this is not much of a life, not glamorous like those ridiculous video’s a long time ago television played and no it is not monetarily as rewarding as people would like you to believe and yes, it is soul destroying.”

Adams also went on to reference a self-perceived lack of respect from his audience as further reason for his decision. “I mean, I am a punch-line and a footnote in what is worse to yell at someone besides “free-bird”. I mean, I lost. And it’s okay because I seriously snuck some pretty neat idea’s in there in the work when I was making those mistakes or they were being made by others. This business is no science,” he goes on to note.

Of course, considering the fact that this is Ryan Adams we’re talking about, a man and a musician who is not as much for his emotionality as he is for musical talent, and it’s always a good idea to show a bit caution with these type of things. What’s more, adding in the fact that the North Carolinian is still riding a wave of critical success following the release last year’s Cardinology, has already begun work on it’s followup, an album tentatively titled Dear Impossible, and appears to be the happiest he’s been in a longtime, the idea of Ryan Adams stepping away from music forever just didn’t make sense.

And as we expected, shortly following this initial posting and the slew of media stories reporting on his decision to “retire” that resulted soon there after, Adams reinforced our belief by removing the original entry and replacing it with the aforementioned message, which stated that he was not quitting, but in fact, only “stepping back.”

So there you have it. Ryan Adams is not retiring. He is not leaving music forever. In fact, if one had to guess, he’ll probably be back with The Cardinals by the summer. But he’s a man and a musician who is dealing with a lot – in addition to his hearing problems, he also currently attempting the enormous task of trying to quit smoking – and for as talented, entertaining, and compelling of a person he is to listen to and cover, it’s also important to remember that he is human.

Give the man his time. In the meantime, hit up the remaining tour stops, and space out some time for reading – his first published book, Infinity Blues, officially hits stores on April 1st. After all, by the time you made your way through the book’s 290 pages, you’ll probably be greated to a new blog post, declaring his return. Then again, knowing him, we could also be getting that tomorrow.

Ryan Adams sick of life, but not actually retiring from music